Other than glaciers, volcanoes and lava fields, the next most frequently-seen landmark in Iceland during our trip to Iceland were the waterfalls.

Visit all the Waterfalls of Iceland

Hraunfossar – The waterfall that came from nowhere 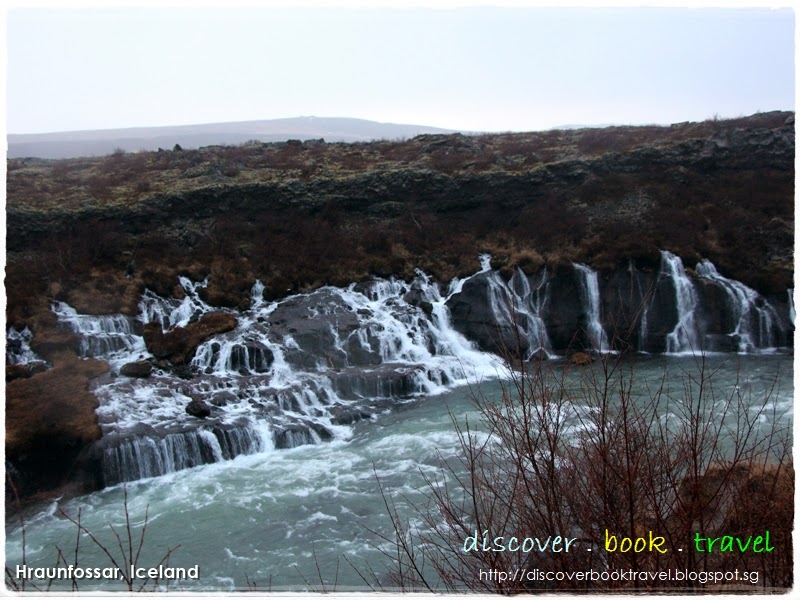 Hraunfossar can be a mysterious sight.  It is a large cascade of water, but unlike other waterfalls such as the Niagara Falls, there is no visible river feeding the waterfall.  Instead, water seeps through the rocks in the cliff face and cascades down to the Hvita River below.

Geologists would explain that the source of the water came from an eruption of one of the volcanoes lying under the Langjökull glacier, (the second largest glacier in Iceland after the Vatnajökull), creating a subterranean river of water that seeps through the porous lava rocks and manifests itself on the surface as the Hraunfossar waterfall.

Consisting of a series of rivulets, Hraunfossar stretches over 900 metres across a huge lava plain and is also known by its more common name of ‘Lava Falls’.  In fact, the word ‘Hraun’ is Icelandic for lava. 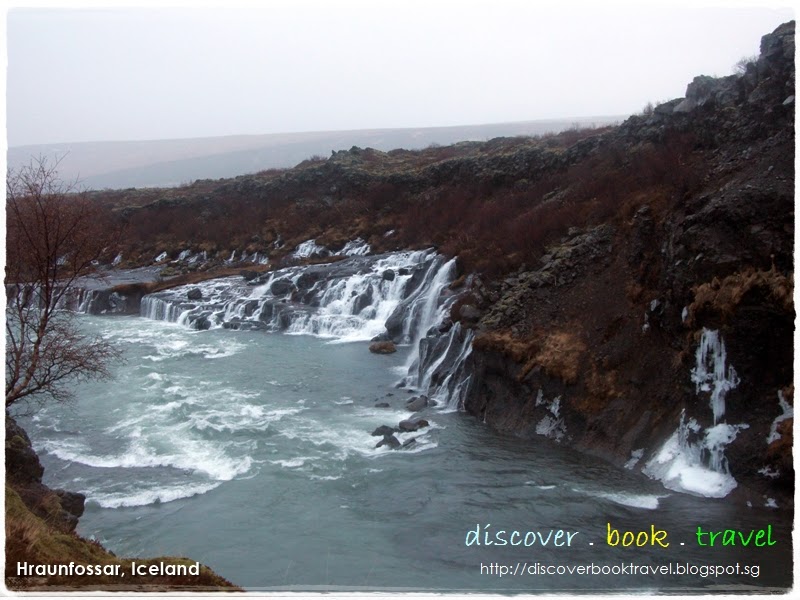 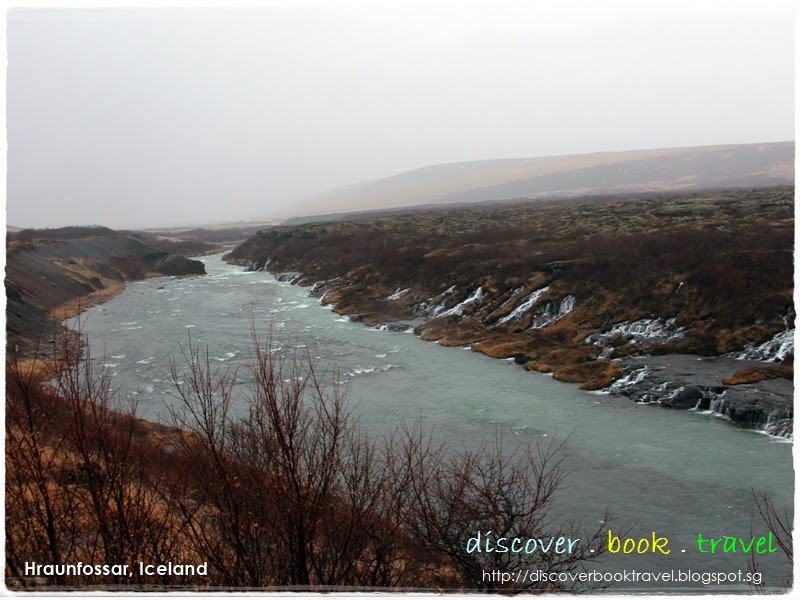 Hraunfossar stretches over such a long distance that its beauty can never be captured in a single shot! 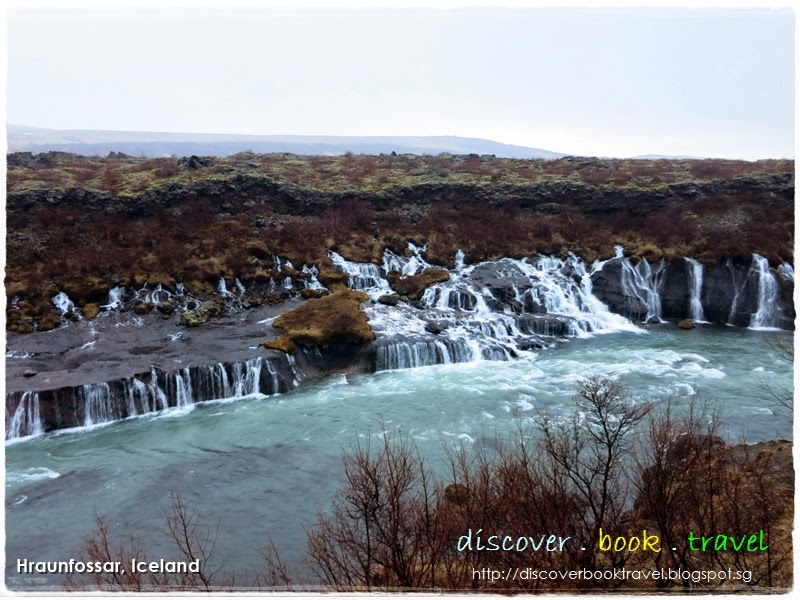 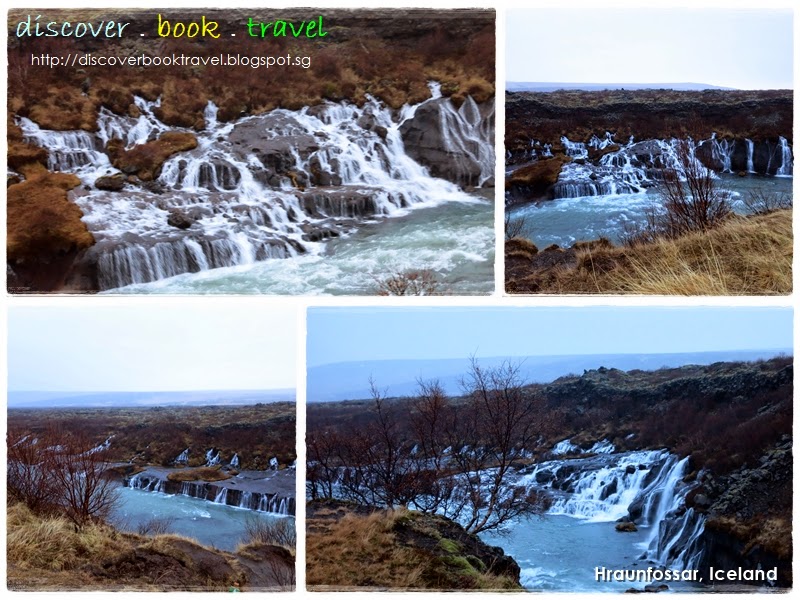 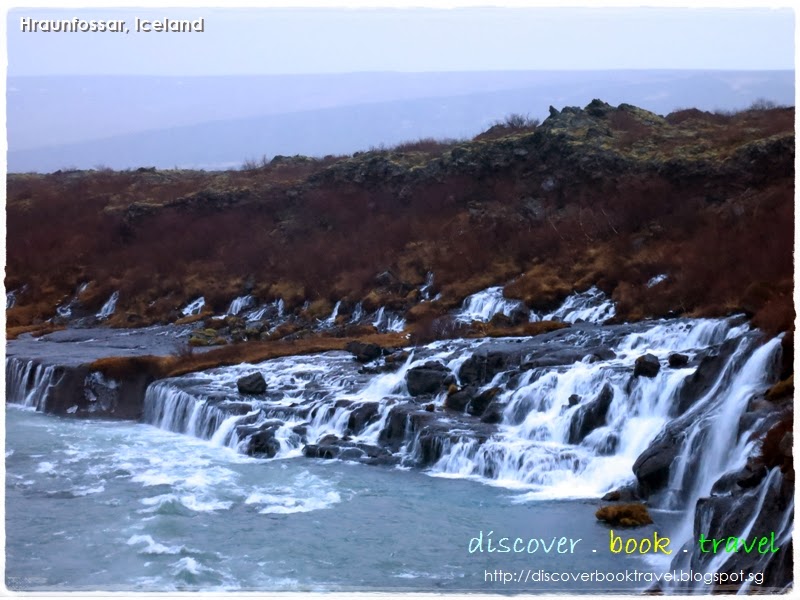 Barnafoss – The beautiful waterfall with a tragic tale

Literally a stone’s throw away from Hraunfossar is Barnafoss, also known as the children’s waterfalls.  In contrast to the gentle silent beauty of the Hraunfossar, Barnafoss is a tumultuous rush of water beneath a natural stone bridge.  Instead of the thundering white torrents of most other waterfalls, the waters of the Barnafoss takes on a bright blue-ish hue, not unlike those waters of the Blue Lagoon. 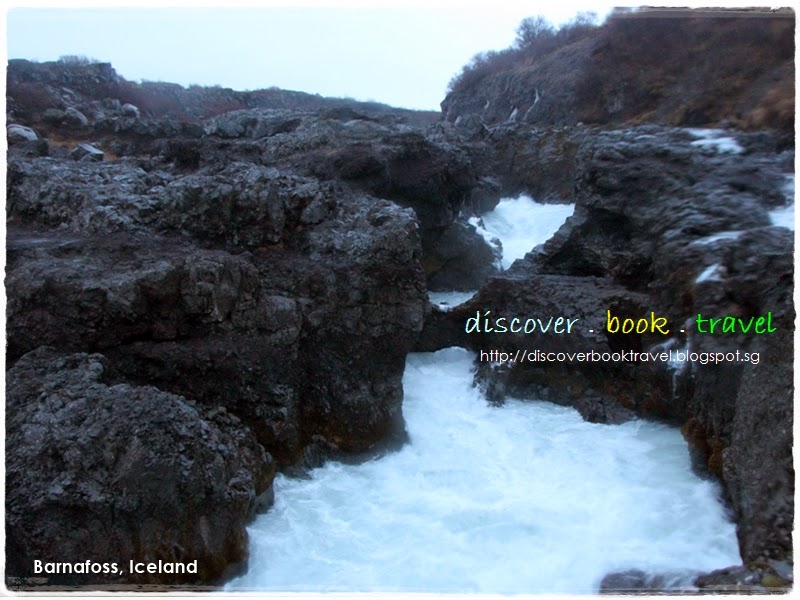 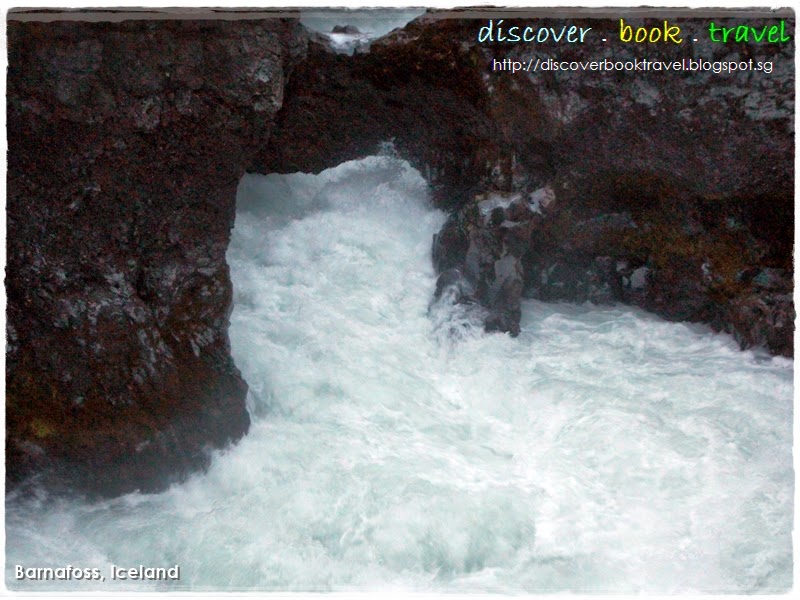 Legend has it that many years ago, two children who were crossing the bridge over the waterfall fell over the bridge and drowned in the rapids (thus Barnafoss is also known as the children’s falls). Grief-stricken, their mother had the bridge destroyed in a fit of anger. 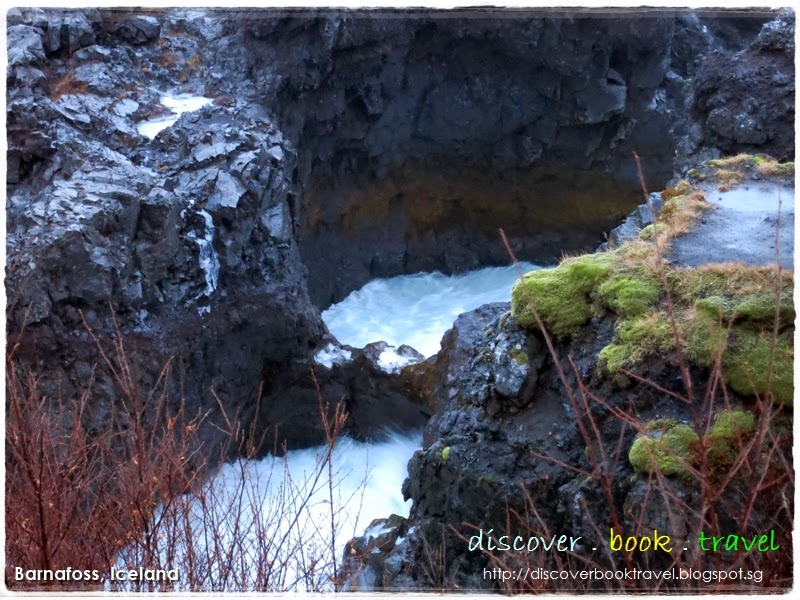 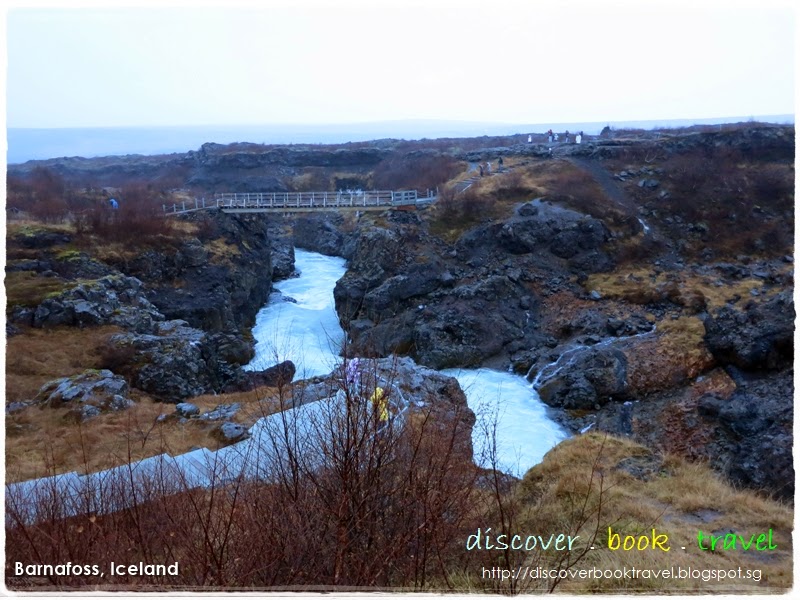 I personally prefer the Barnafoss a lot more.  Set against the rugged moss covered lava formations, Barnafoss with its bright blue waters look very much like a bewitching alien landscape. 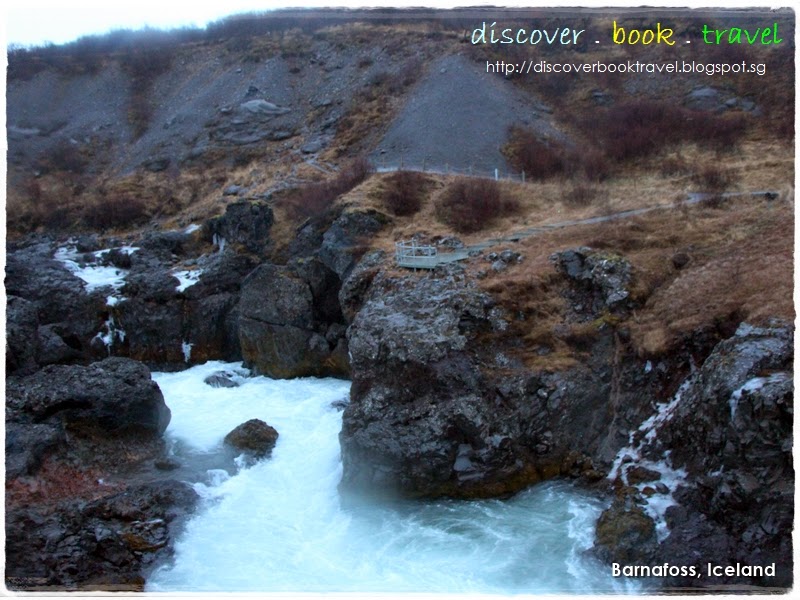 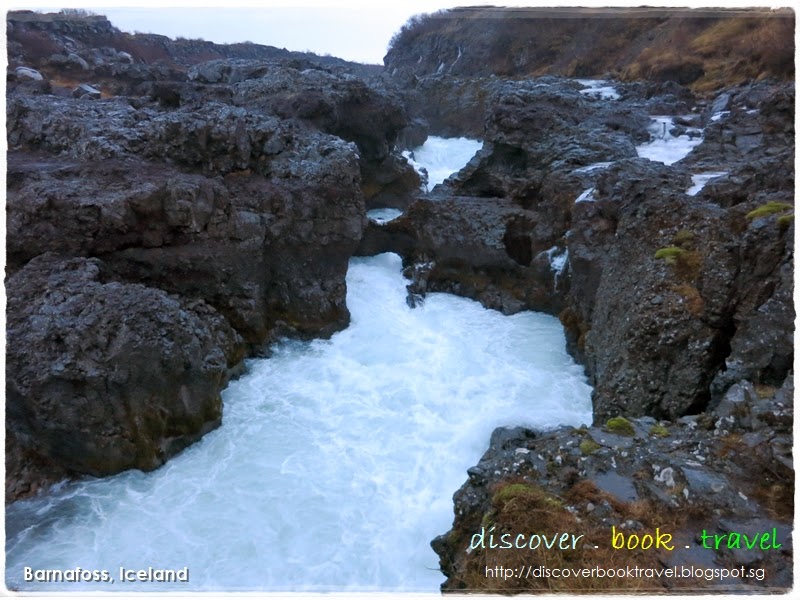 However, the energy and ruggedness of Barnafoss can only be appreciated on-site, and it is the Hraunfossar which makes for the best photographs. 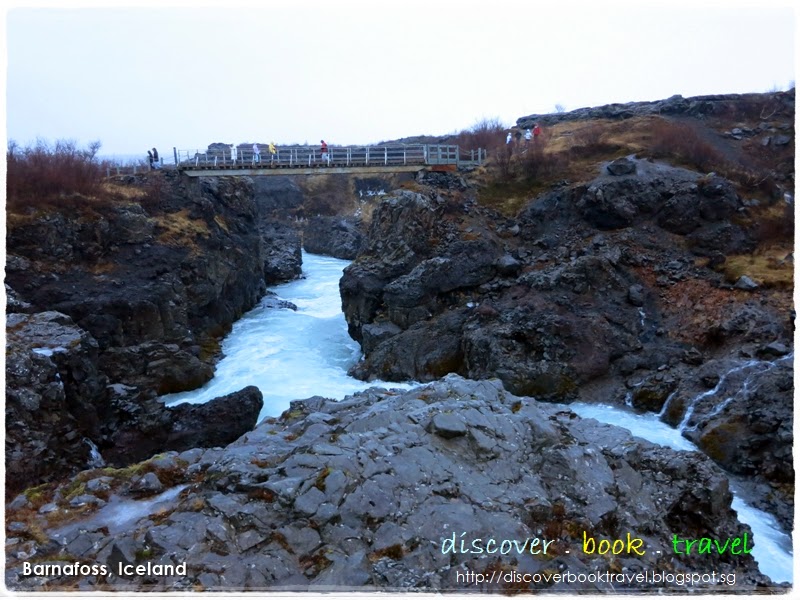 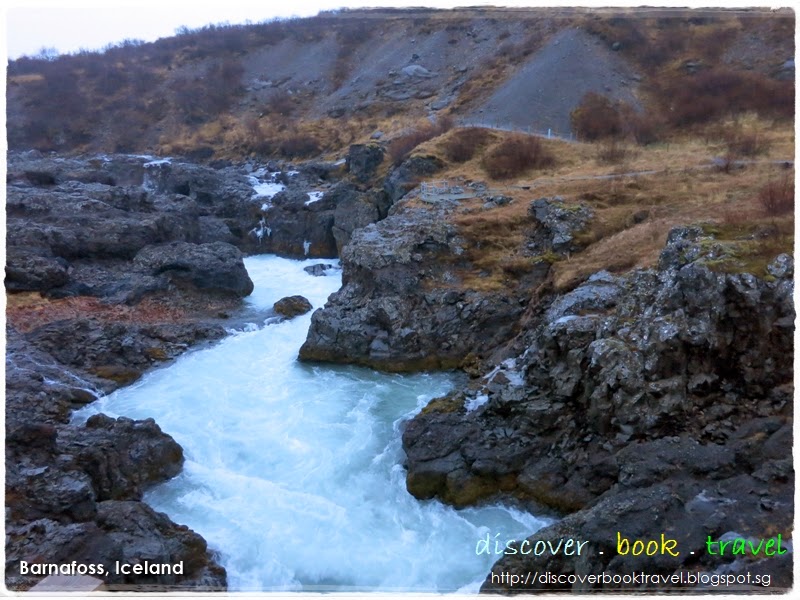 At the top of the hills over the Barnafoss, a viewing platform offers the best views of both the Barnafoss and the Hraunfossar. 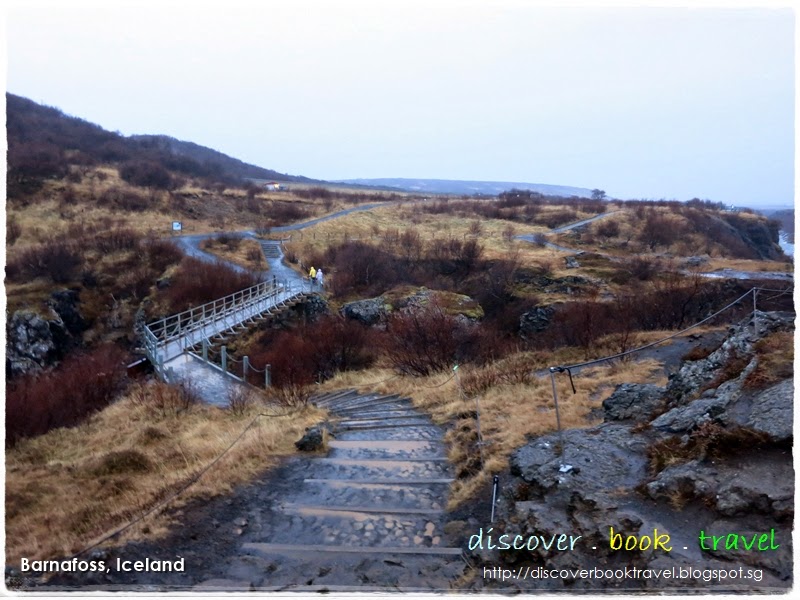 Although not as spectacular or famous than the other big-name waterfalls in the world, both the Hraunfossar and Barnafoss are special in their very own unique way.

Hraunfossar and Barnafoss are about a 90 minute drive north of Reykjavík. The falls are on the left of road 518 and can easily be visited as part of a day trip from Reykjavik. Do remember to stop by and check them out if you’re going that way!

Join us next as we check out Hotel Reykholt.