There is no direct flight from Singapore to Reykjavik in Iceland. We chose to stay over London for a few days enroute to Reykjavik by planning for 2 nights stay in London Watford where we visited the Warner Bros Harry Potter Studio Tour.

How to go to Reykjavik from London?

There are only three airlines that fly from London to Reykjavik, namely Icelandair, WOW air and easyjet. London has five major airports, so do take note when planning your trip as each airline flies from its different airports (Icelandair – Heathrow and Gatwick, Easyjet- Luton, WOW air – Gatwick). Flight time is a pleasant 3 hours and you could choose to enjoy a full day shopping in London before taking the late evening flight to Reykjavik like we did! 🙂

Icelandair – Our choice to get to Iceland from London

We chose Icelandair, the national carrier as there was not much difference in the amount that we paid compared to Wow air and easyjet (both budget carriers). Moreover, it was the only one with flights departing from Heathrow airport which is just a convenient bus away from our hotel in London Watford.

Ticket cost worked out to be around £210 per person for a return flight ticket. 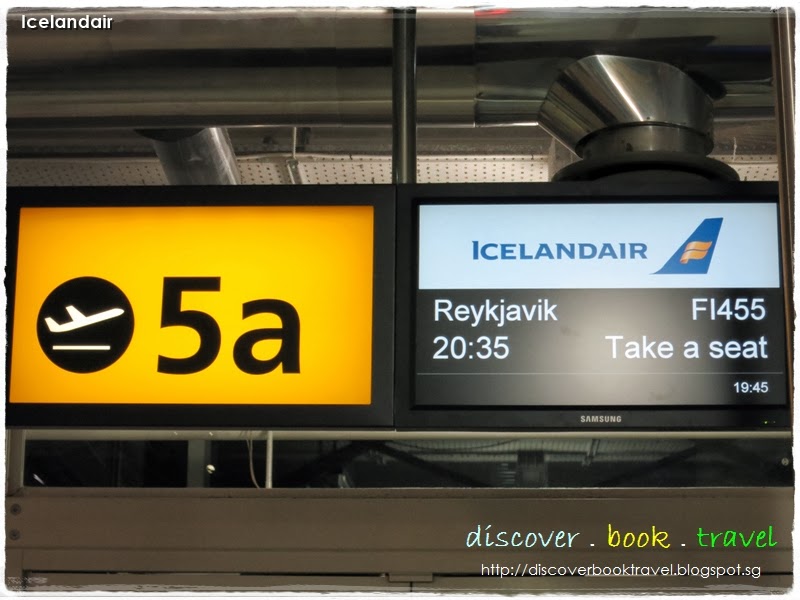 Check in was smooth with self printing boarding pass machines available at the airport. You just need to show your printed boarding pass to check in your luggage at the counter. 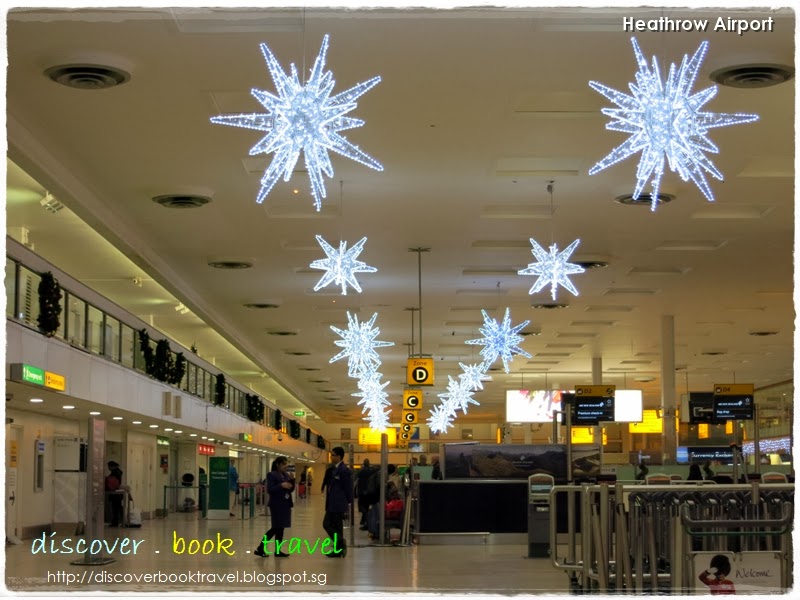 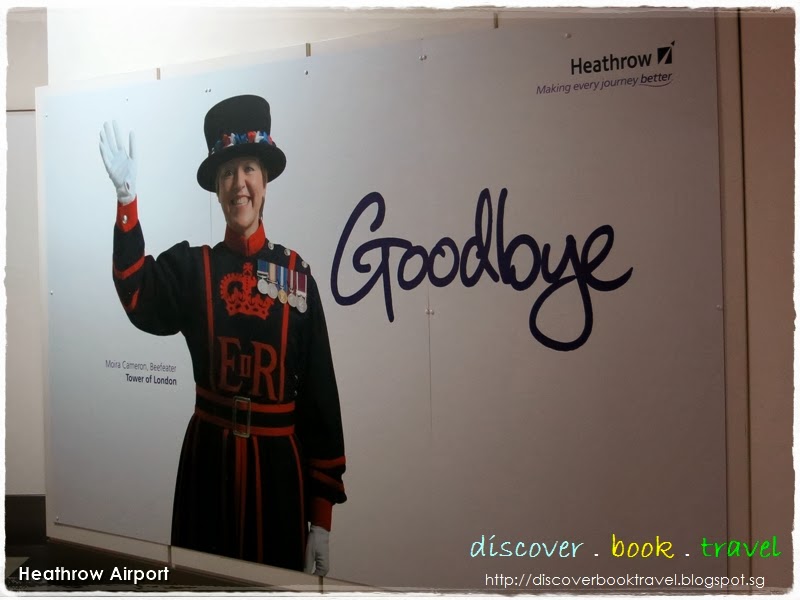 We were soon on our way to the boarding gate. 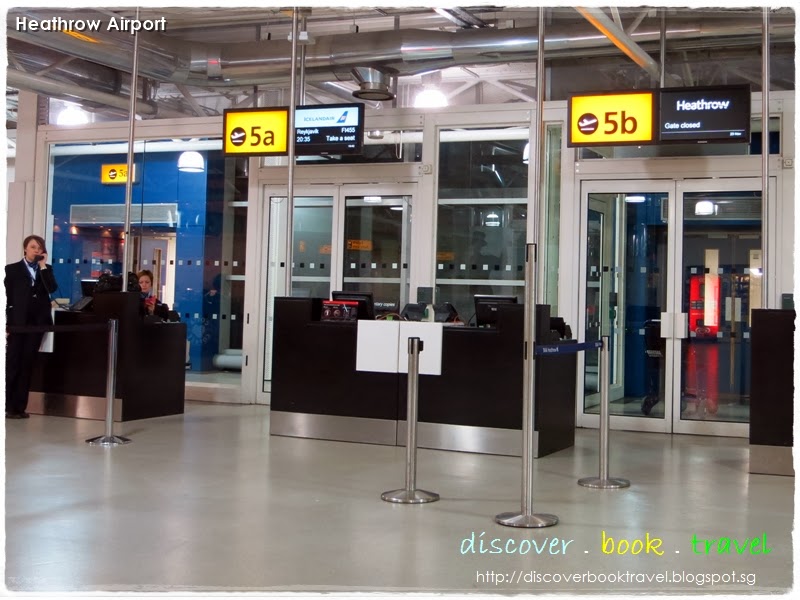 Seat pitch of the Icelandair economy seat is a relatively comparable 32″ with most airlines. However, its narrow 17″ seat width would definitely be a squeeze for bigger size passengers. 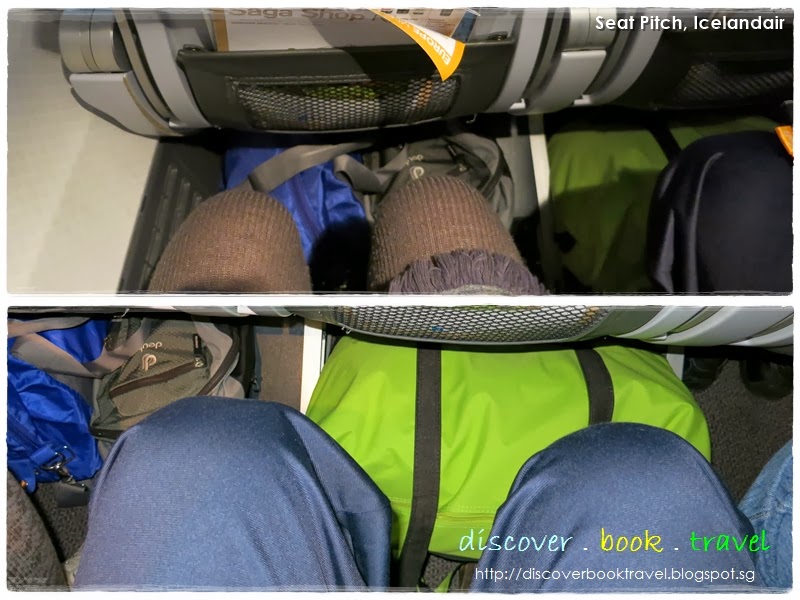 What attracted us though on the seats were these though… 🙂 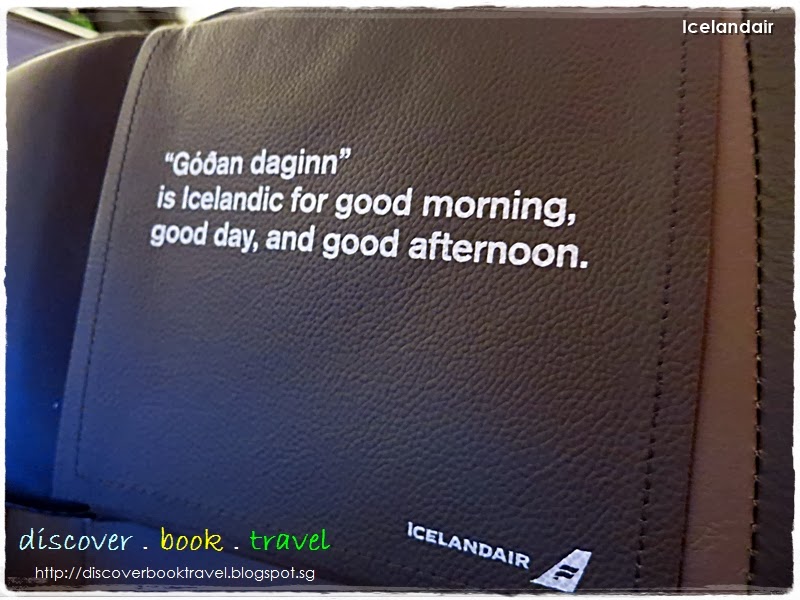 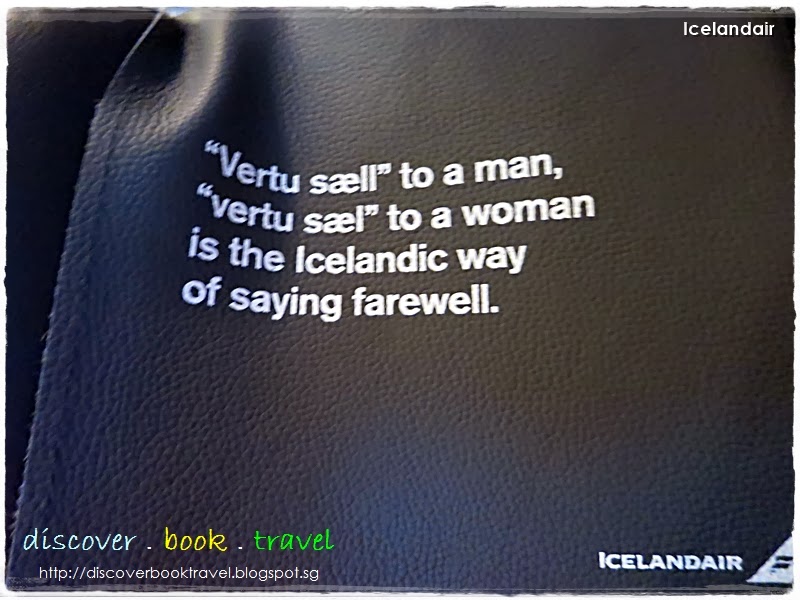 Complimentary Meals On Board – Only for the Kids!

Unlike most full service carriers, Icelandair do not serve complimentary meals on board for adults. The only free meals served between Iceland and Europe are children and baby meals. Economy class passengers are given a complimentary beverage of their choice on the house. 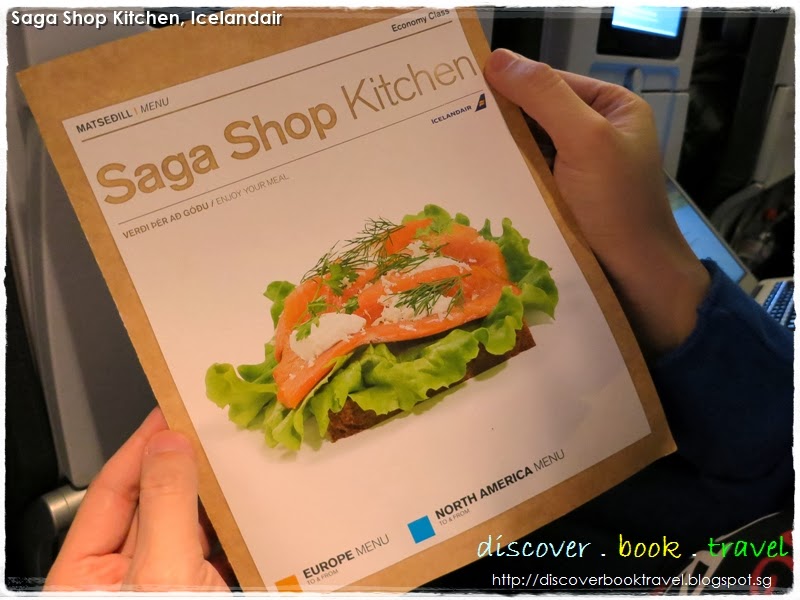 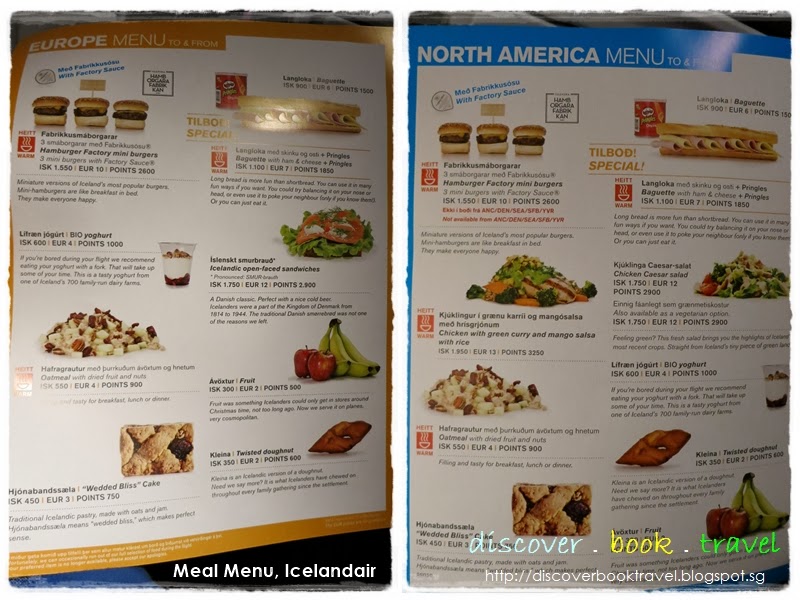 If you do not wish to eat a full meal, you could also opt for some Icelandic dark chocolates or sweets from the candy and snacks selection. 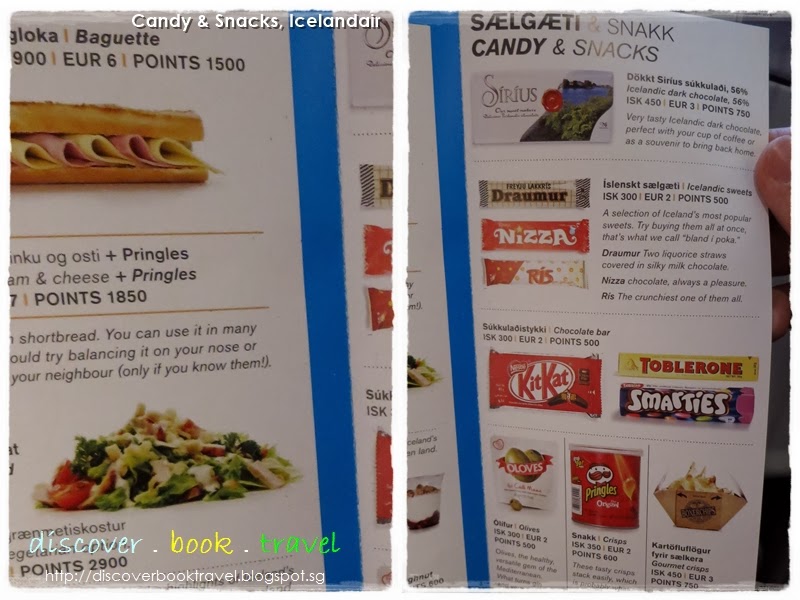 In Flight Shopping and Magazine

For those who are into duty free shopping on board, you might want to check out the Saga Shop Collection catalogue. You could also browse the inhouse magazine for some Icelandic features. 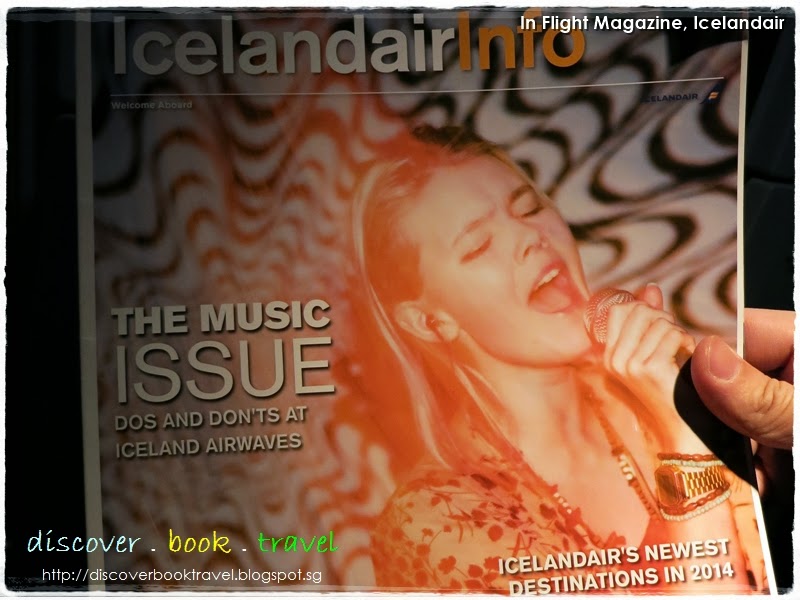 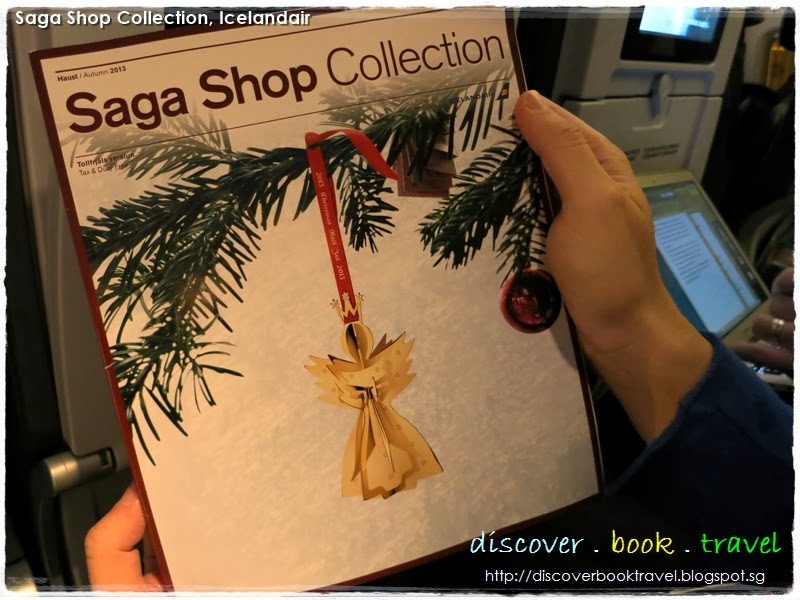 Icelandair provides an inflight Entertainment System with limited selections on board. What catches our attention though were some interesting facts with the stunning poster quality backgrounds that really showcase Iceland’s natural beauty. 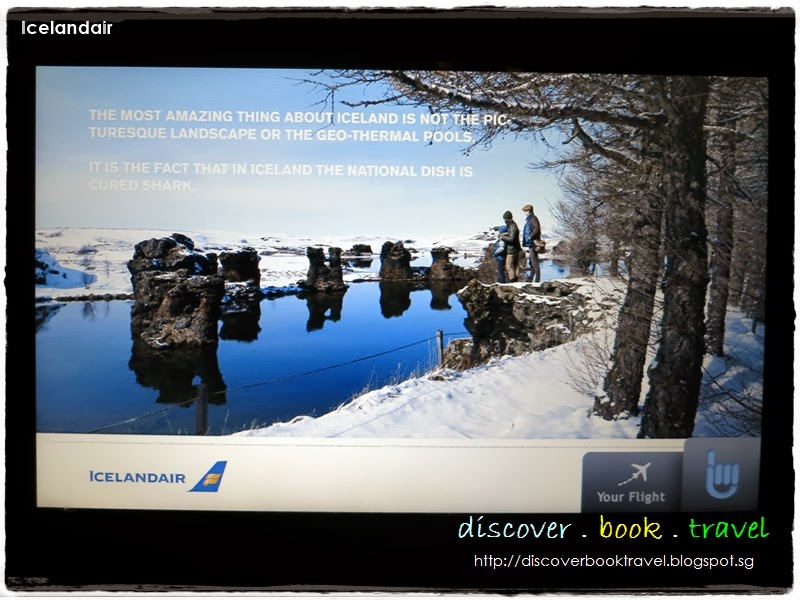 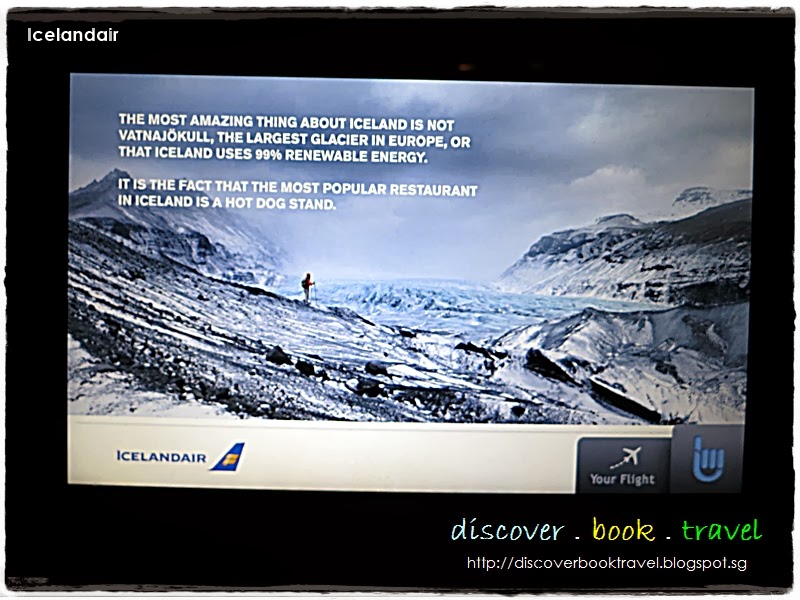 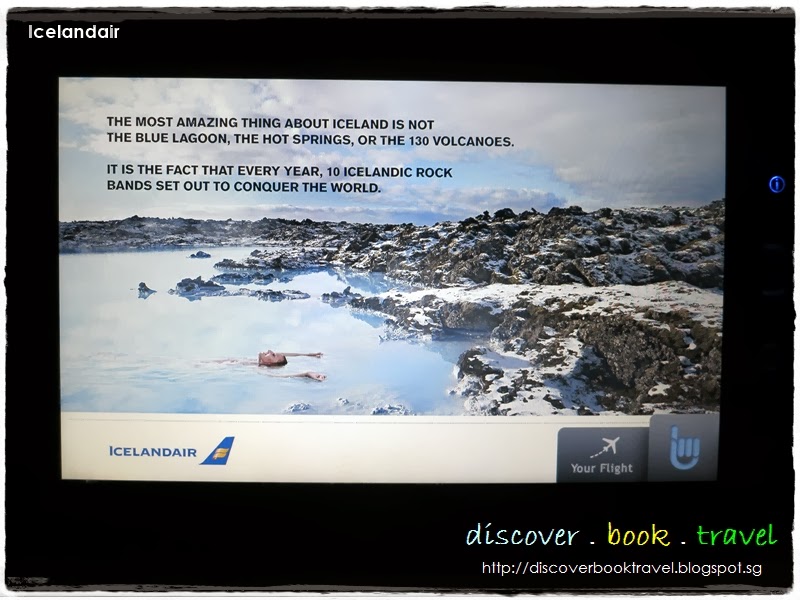 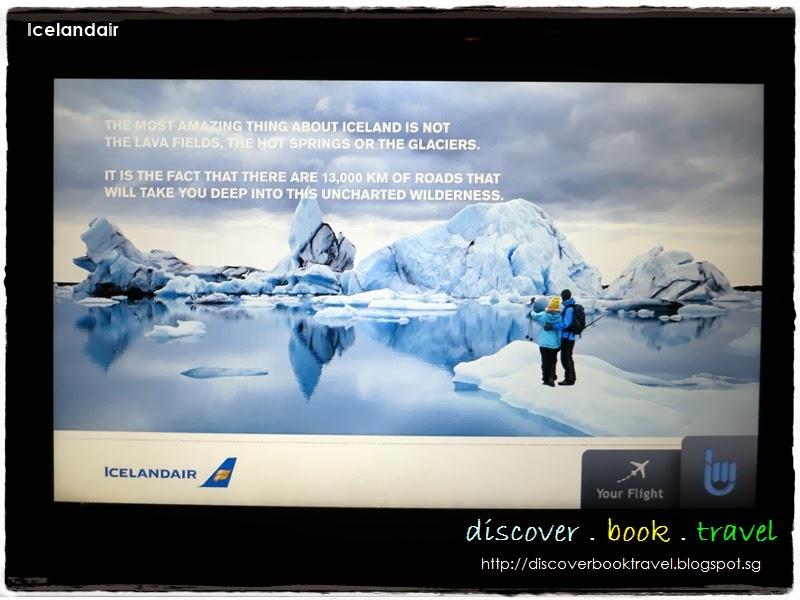 For those who want to know more about Iceland before reaching Reykjavik, you could also watch Icelandair produced videos on the various Iceland attractions.

Have you traveled on Icelandair before too? We would love to hear your experiences! 🙂

Join us next as we visit the Warner Brothers Studios in London.