Iceland throws up surprises for us every single day. Known as the land of Fire and Ice, Iceland is not only home to Europe’s largest glacier in the form of Vatnajökull, but it also houses the most powerful hotspring in the whole of Europe – Deildartunguhver Hotspring. See how contradicting it is! 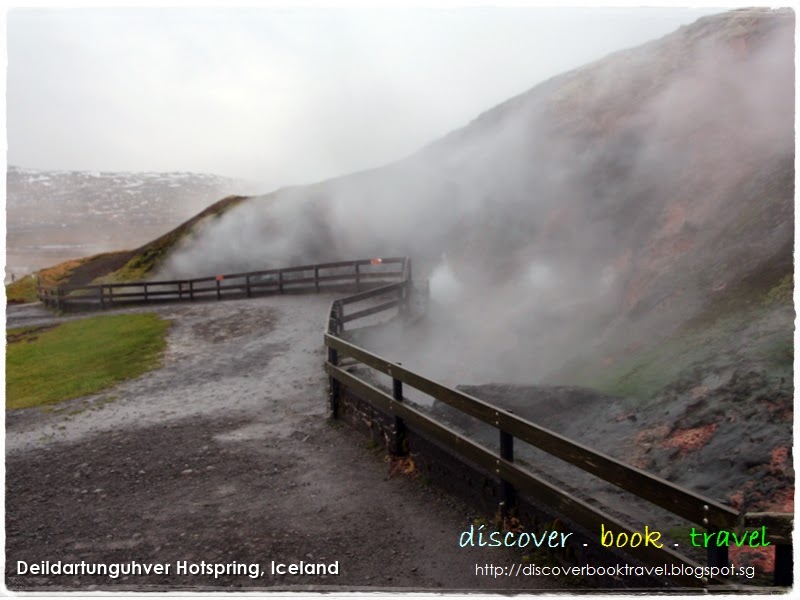 We found ourselves at Deildartunguhver hotspring on one cold November day and even from a distance, the billowing steam clouds emanating from the hotspring is distinct. Just like the rotten shark meat, you smell it before you see it. In the case of the rotten shark, it was the nose-turning smell of urine. At Deildartunguhver hotspring, it was the unmistakeable smell of farts (or rotten eggs), due to the strong sulphur content in the water. So you see, we get the full deal when we visit Iceland! 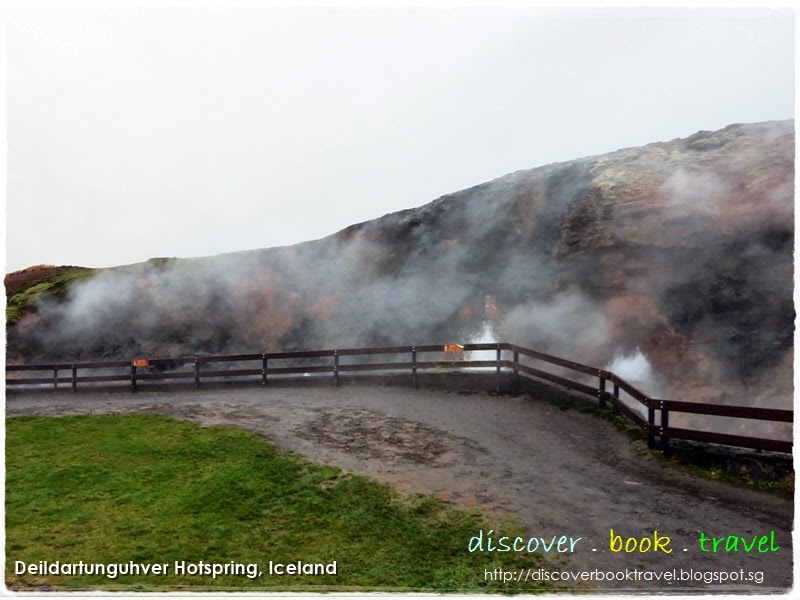 Unlike any other hotsprings or thermal pool such as the Blue Lagoon, Deildartunguhver hotspring is one hotspring that you will not hope to find yourself leisurely soaking in. The waters in this hotspring bubbles at a constant temperature of 97 degrees C, displaying the impressive and immense energy of the Earth’s powerful geothermal forces. 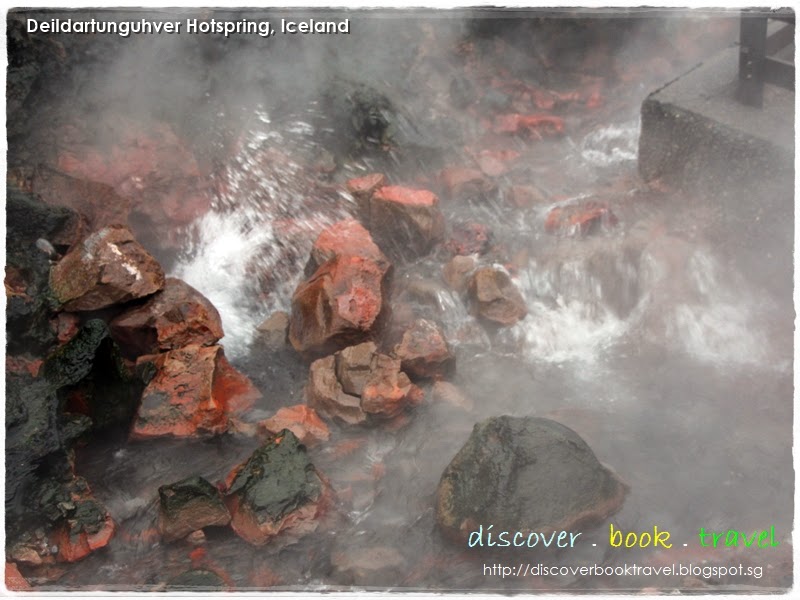 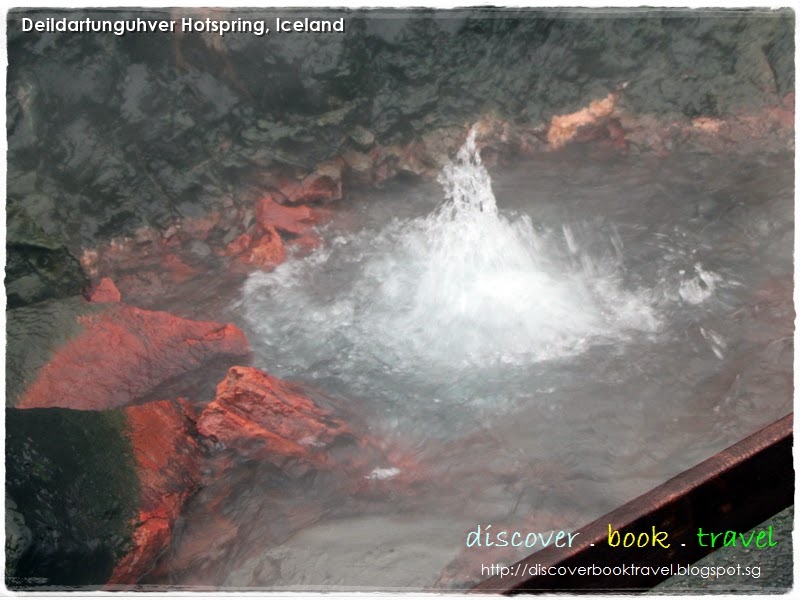 Deildartunguhver lies 5km west of Reykholt on the side of Route 50 and is perfect for a quick pit-stop, for a visit here will not take up more than 15 mins. From the small parking lot, a small path leads to a hilly terrain where Deildartunguhver hotspring lies in. 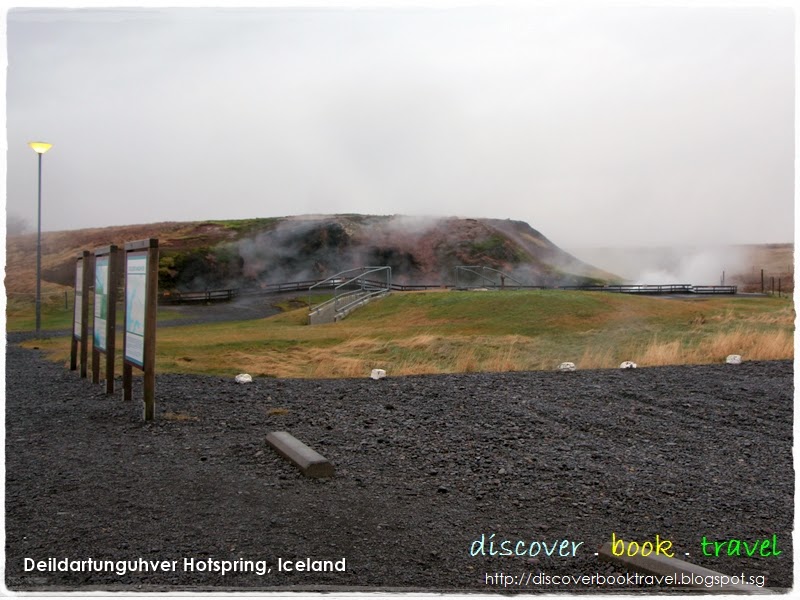 The most extraordinary feature of this hotspring is not its bubbling waters, but rather, the unbelievably small scale of it. For something which is touted as the most powerful hotspring in Europe, or as some say, the most powerful in the world, we had expectations of a large bubbling pool. Maybe powerful things come in small packages as well, because the Deildartunguhver hotspring is only a small river of boiling water at the side of a small hill. Small as it is, the hotspring packs enough power to boil an egg in it. 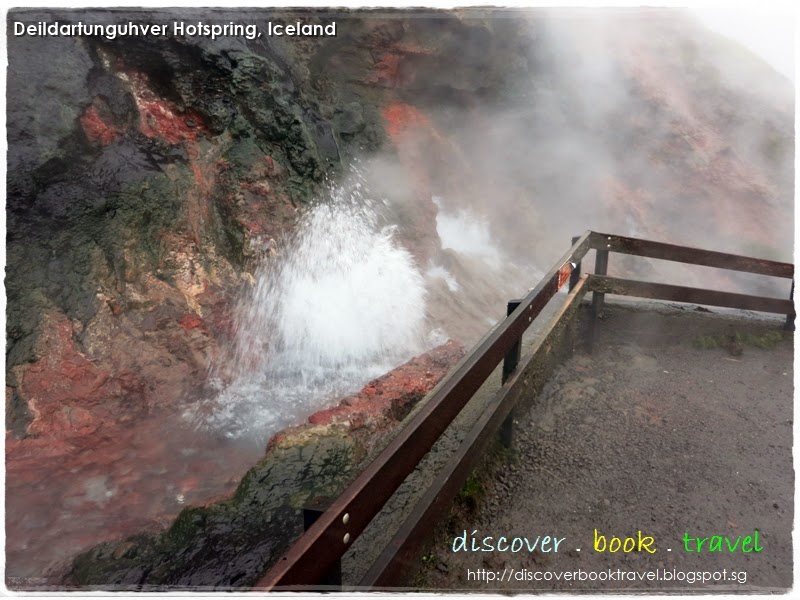 In fact, the fissures in Deildartunguhver hotspring pump out a staggering 180 litres of water at 97oC every second. This amount of energy is sufficient to power up two neighbouring towns – astonishing statistics for a hotspring of this size. As with other thermal springs in Iceland, geothermal energy is also harvested from this hotspring to heat up greenhouses around its vicinity in order to speed up the growth of crops. I am guessing that the Icelanders need not pay for electricity since they have so much energy readily available from Earth itself. 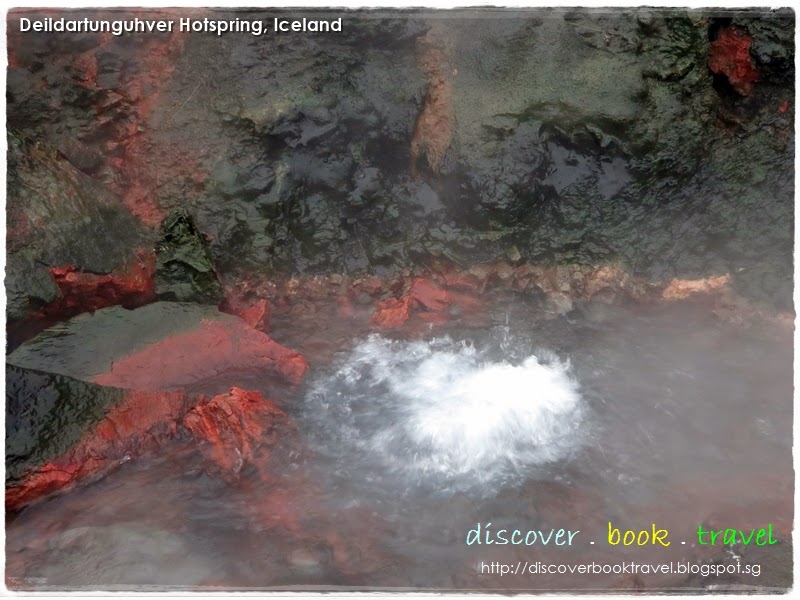 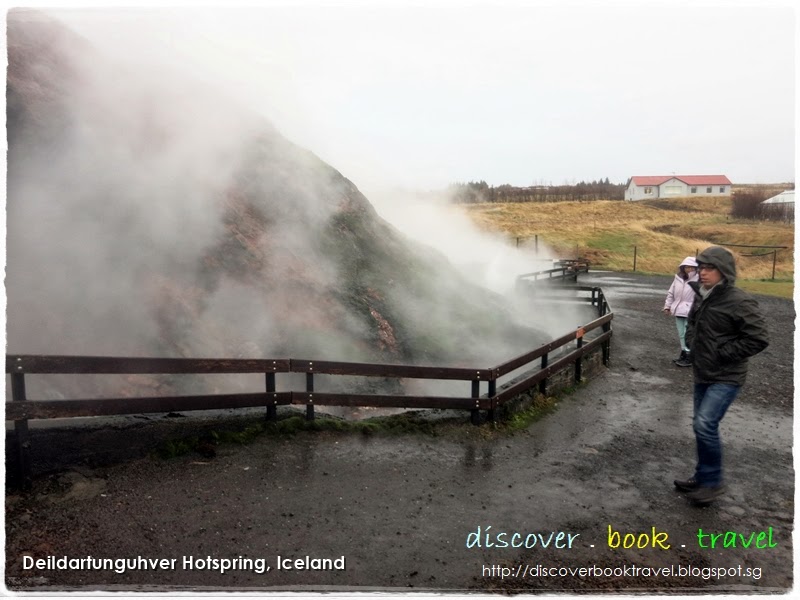 It would be wise to keep a distance from the open pool of boiling water as it does spill over from the wooden fencing. On this extremely windy and rainy afternoon, the rain and cold did nothing to douse the ferocious water heated up by Earth’s energy. If anything, the combination of hot spring water meeting with the cold rain produced even more steam clouds which engulfed us at times when the wind is blowing in our direction. Thankfully and miraculously at the end of the visit, we somehow did not end up smelling like we fell into a shit-hole. 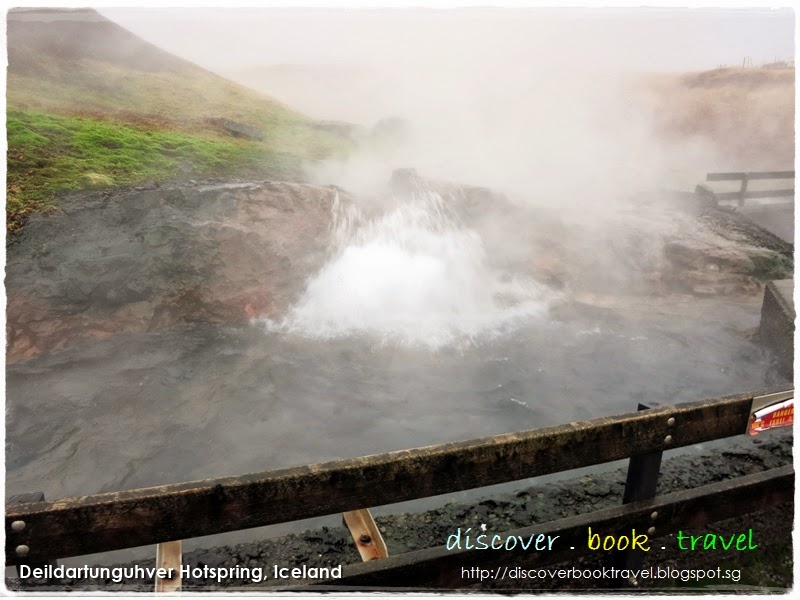 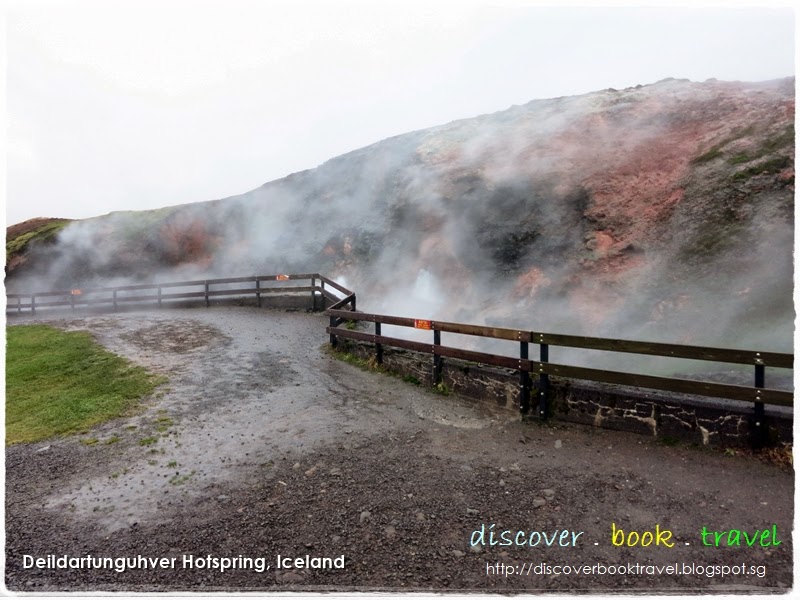 Deildartunguhver hotspring is not a pretty or scenic site, but standing there to witness the sheer power of the earth is absolutely jaw-dropping.

Join us next as we enjoy a coffee @ Cafe Haiti.