Today, we travel to the Bjarnarhofn Shark Museum with a curious mixture of apprehension and anticipation.

This is the day we get to try for ourselves the rotten shark, or what is known as Hakarl to the Icelanders. Repulsive to most foreigners, but tasty to the locals, this delicacy can be considered as one of Iceland’s national dishes.  And we were about to find out why.

A matter of History and Culture

But before we do that, here’s a little history on Hakarl.  Hakarl is actually the fermented meat of the Greenland Shark.  The Greenland shark is one of the largest species of sharks in the world, of dimensions comparable to that of the Great White Shark.  They can grow up to 6.4m and weigh 1000kg.  This means that it is about 4 times longer than me and 22 times heavier! 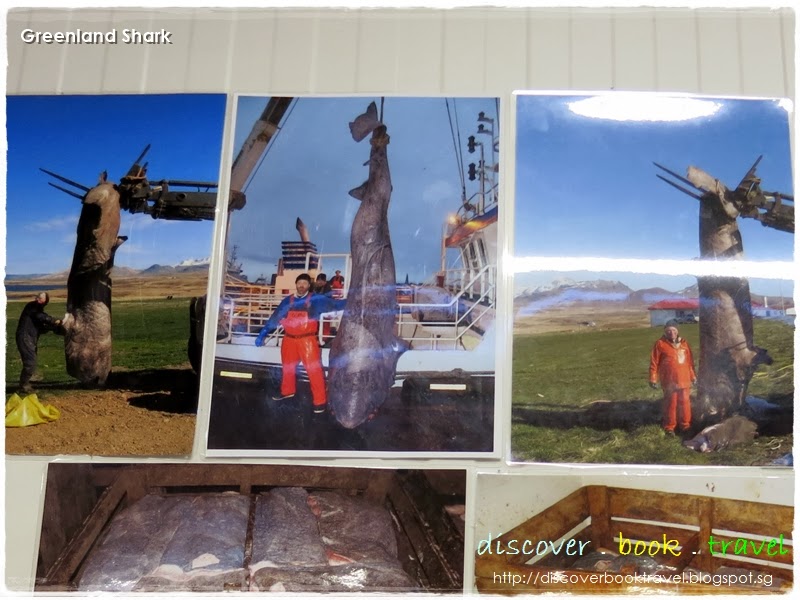 Traditionally, the Greenland sharks were hunted and harvested for their liver and oil for export.  The rest of the carcass was discarded as its meat is poisonous and inedible due to its high level of urea (that’s what you find in urine as well) and trimethylamine oxide present.

However, to throw away a large amount of meat was considered wasteful, especially in the early days when food was scarce. Therefore, the Icelanders experimented and came up with an ingenious plan.  The Greenland shark was beheaded, gutted and placed in a shallow hole, covered with gravel and stones.  Under this kind of pressure, the fluids from the meat was expressed and drained. In this way, the shark ferments for the next 6 – 12 weeks.

Following the curing period, the shark is cut into strips and hung to air-dry for several months. During this drying period, a brown crust will form, which is removed prior to cutting the shark further into smaller cubes and serving. 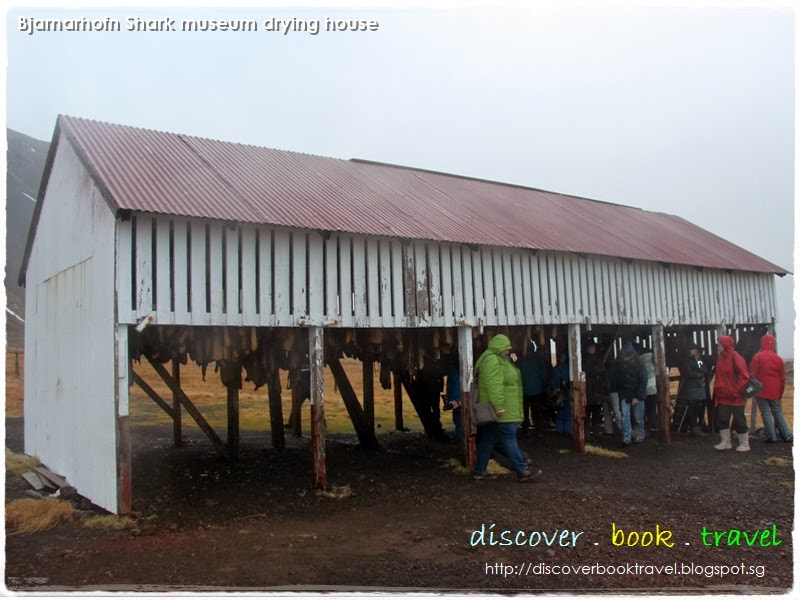 Bjarnarhofn Shark museum is located at an old farm at the foot of Bjarnarhafnarfjall, about 170 km from Reykjavík on Hraunfjordur Bay on Snæfellsnes Penisular.  Placed in this idyllic setting, we were about to discover the horrors of eating rotten shark meat. 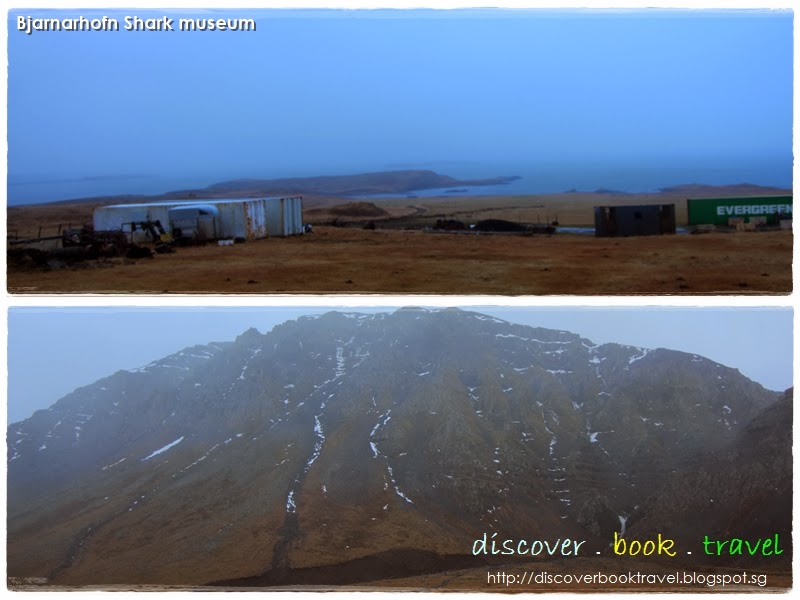 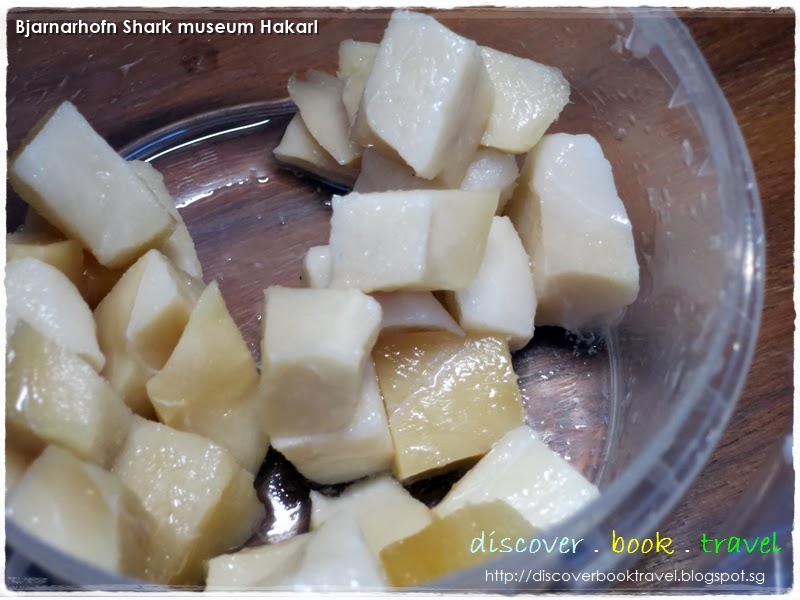 Most people say that they can smell it before they see it – just follow the smell of the toilet and it will bring you to Hakarl. Many of them say it taste worse than its smell, which is saying a lot.  All we can say is that this innocent looking cube of rotten shark meat certainly packs in a punch. Soft and chewy with a unique texture, this ammonia-laden piece of meat leaves an overwhelmingly foul aftertaste. So much so that Tommy had to rinse out his mouth quickly with rye bread, and I would not accept any kiss from Tommy for at least the next few few days!

But yes, Hakarl is most certainly a cultivated taste, very much like what durians are like to foreigners. Unless you grow up with it, it is hard to accept and love it as the locals do.   But disgusting as it is, we were glad to have tried this at least once – where else in the world can you lay claim to the fact that you had tried Hakarl before.  It is an experience we will cherish forever.

The Bjarnarhofn Shark Museum is a family run business and the production of Hakarl has been part of the family for generations.  The museum details the history of shark farming by displaying restored fishing boats, harpooning tools, and specimens of sharks collected over the years. 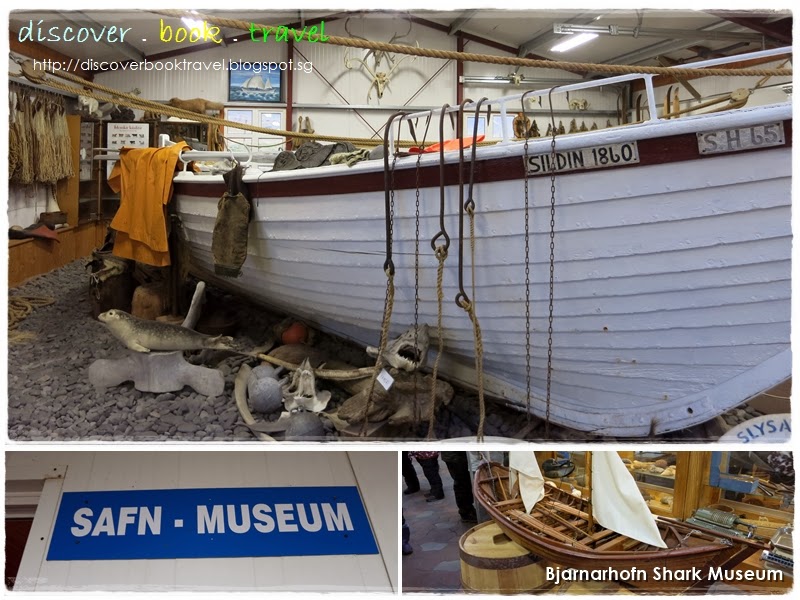 A row of razor sharp teeth from the Greenland Shark. 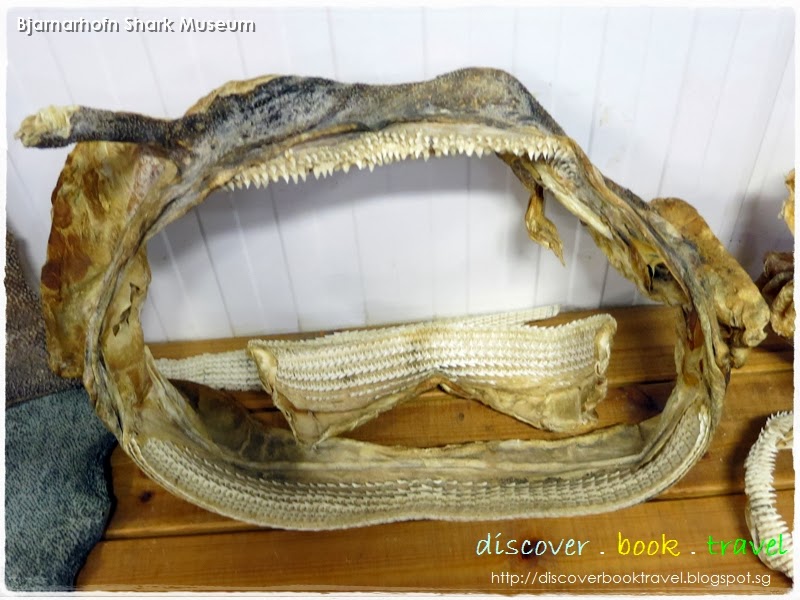 The hide of the Greenland Shark. 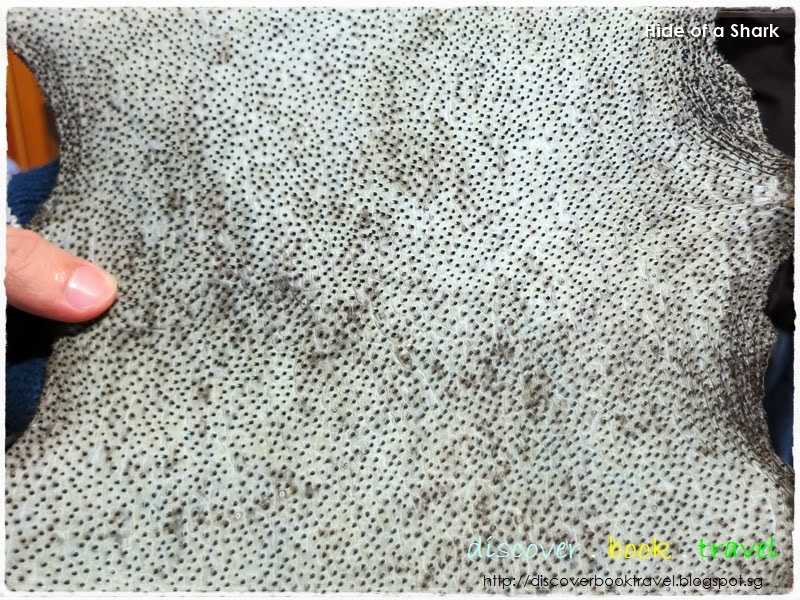 Stuffed and preserved animals at the museum.  If these are not interesting enough to hold your attention, venture to the outdoors and with a pair of binoculars, you should be able to see clearly a small waterfall at the mountain behind the farm! 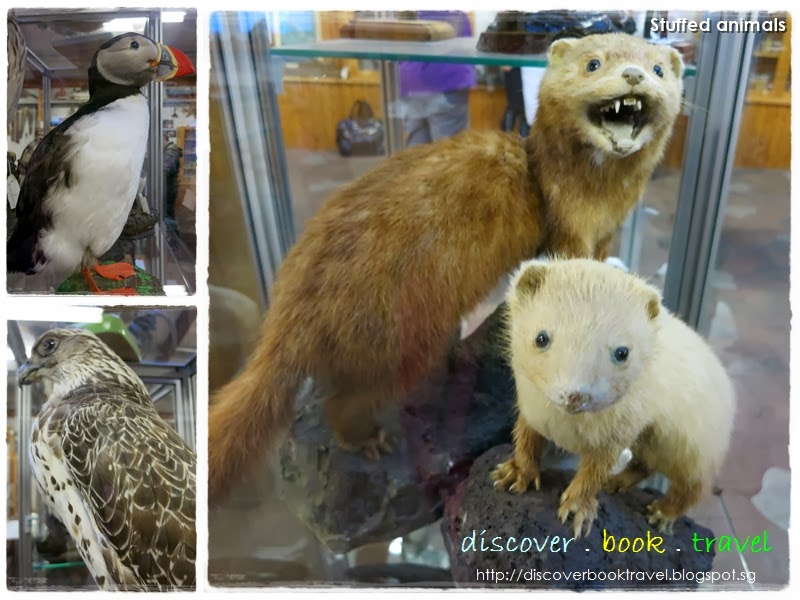 It was certainly an eye opener for us and an educational tour as well. So if you are in Iceland next time, do pay a visit to the Bjarnarhofn Shark Museum!

Join us next as we spend a day at the Natural History Museum in London.