From afar, we could see billowing clouds of steam rising from the ground.

And with that we knew we had arrived at the Haukadalur geothermal field, our second destination of the Golden Circle Tour in Iceland. 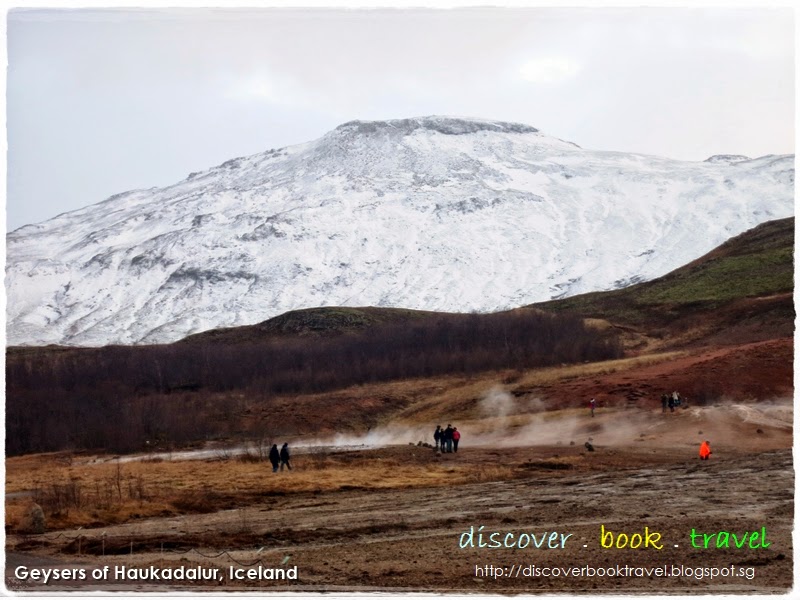 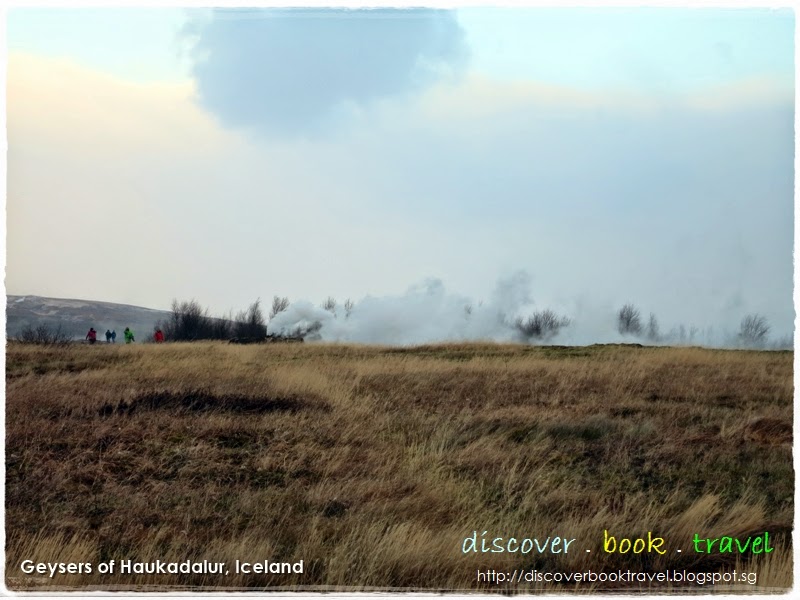 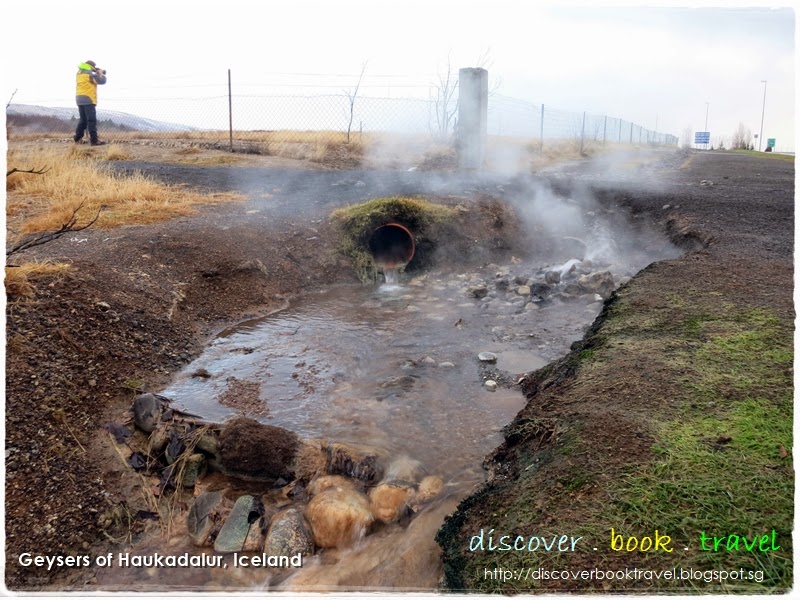 A trip to Hell….and Back

Here there are a variety of hot springs and bubbling pools. Of these, the most famous is the Geysir which incidentally gave its name to geysers worldwide. 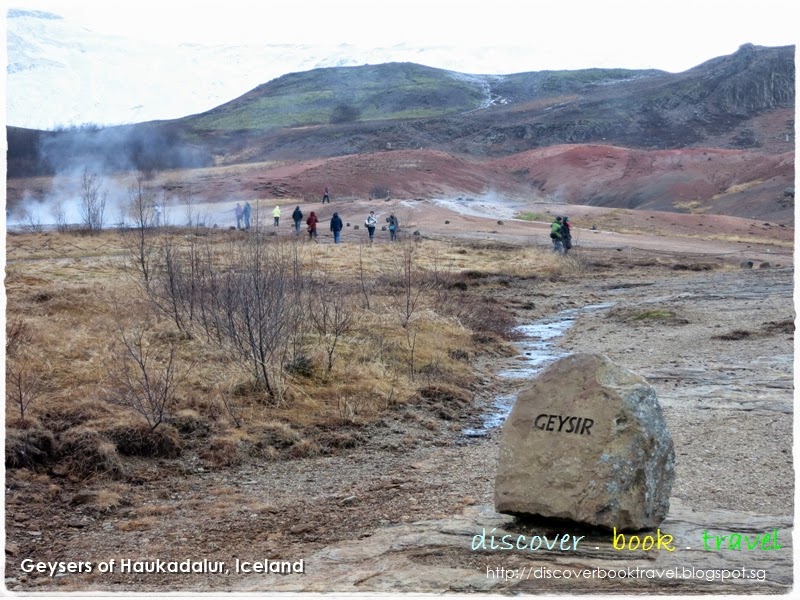 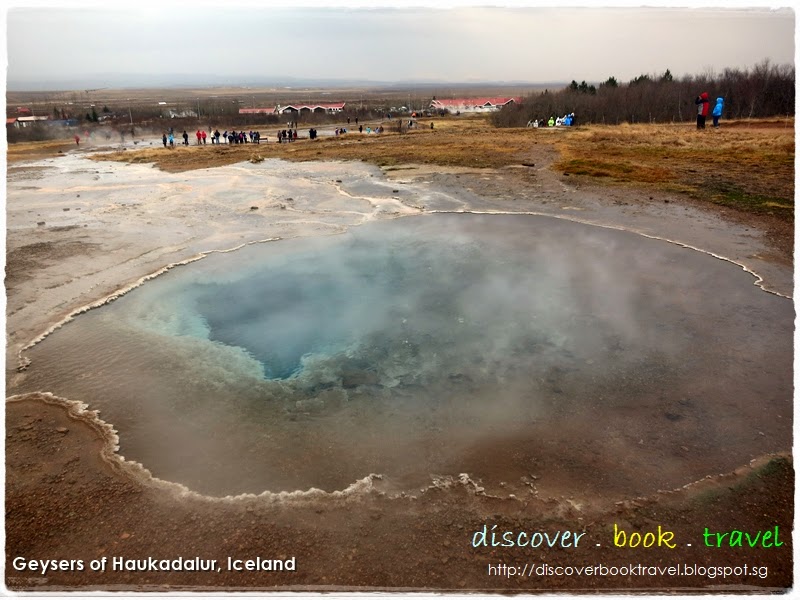 Geysir used to be able to give eruptions of up to an impressive 70-80 metres in height, but unfortunately, it had been inactive since year 2000. 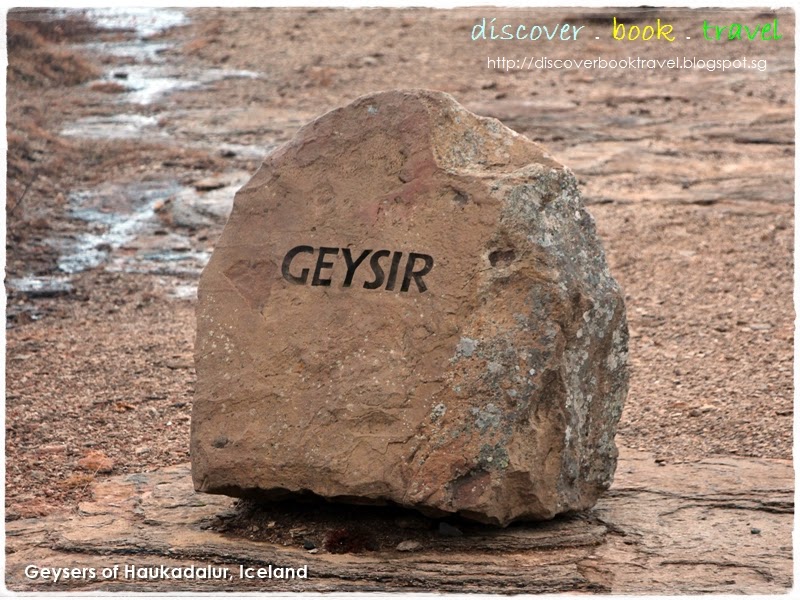 It’s smaller brother, Strokkur which erupts once every 5-10 min interval is currently the reigning star at Haukadalur geothermal field, but it reaches up to heights of only 25-35 metres, a modest height in comparison, but nevertheless still impressive. 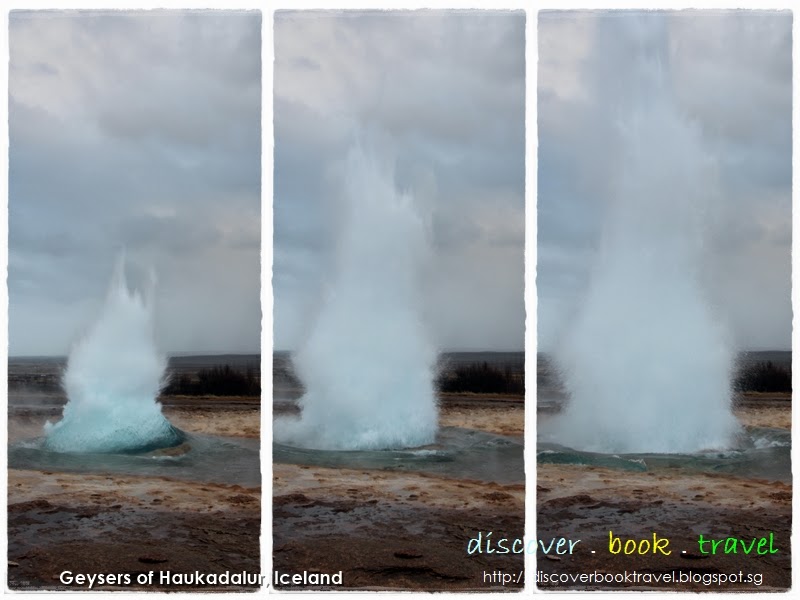 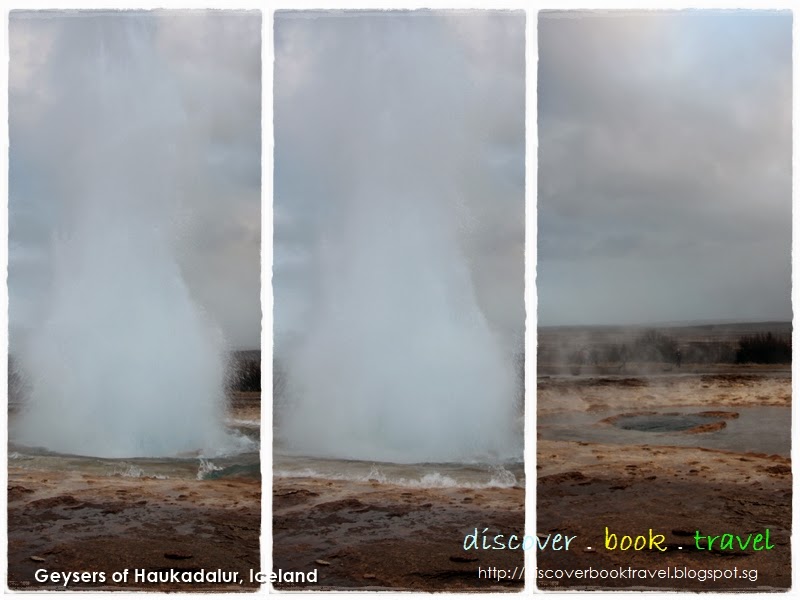 A little tip here – make sure to take note of wind directions when standing near Strokkur and try not to stand in the direction where the wind is blowing.  You won’t want to be drenched with hot sulphuric water when Strokkur erupts. 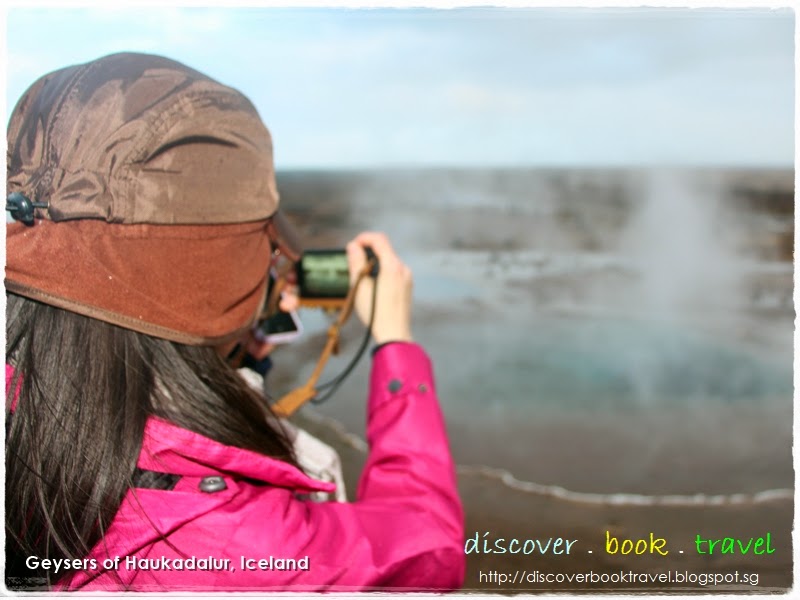 Strokkur erupts once every few minutes, so get the camera ready at all times!  When the geyser has heated up enough and you see a bubble forming at the surface, this means that the eruption will take place in the next second! 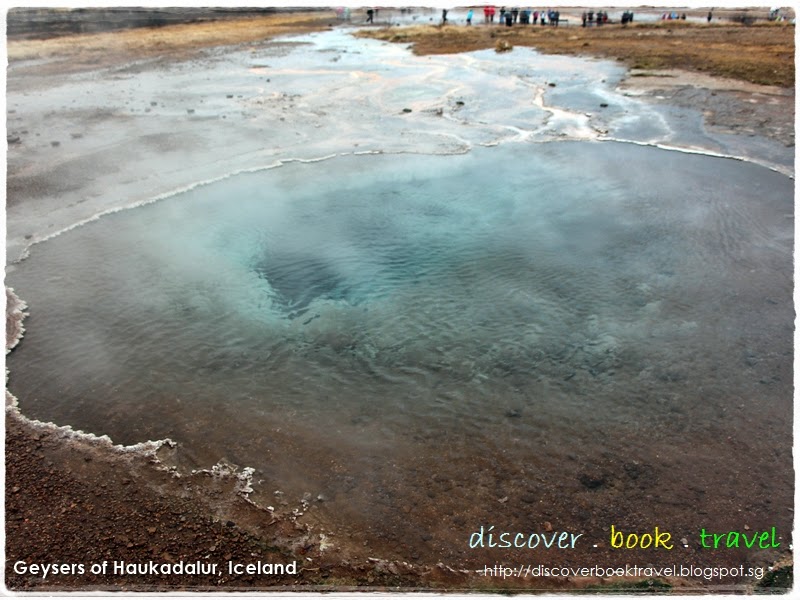 Tip: Although Strokkur is said to erupt every 5-10 minutes, sometimes, a second eruption follows very closely after the first one within less than a minute or so.  We encountered that twice during the very short time we were there, so keep that camera pointed until you really have to leave. 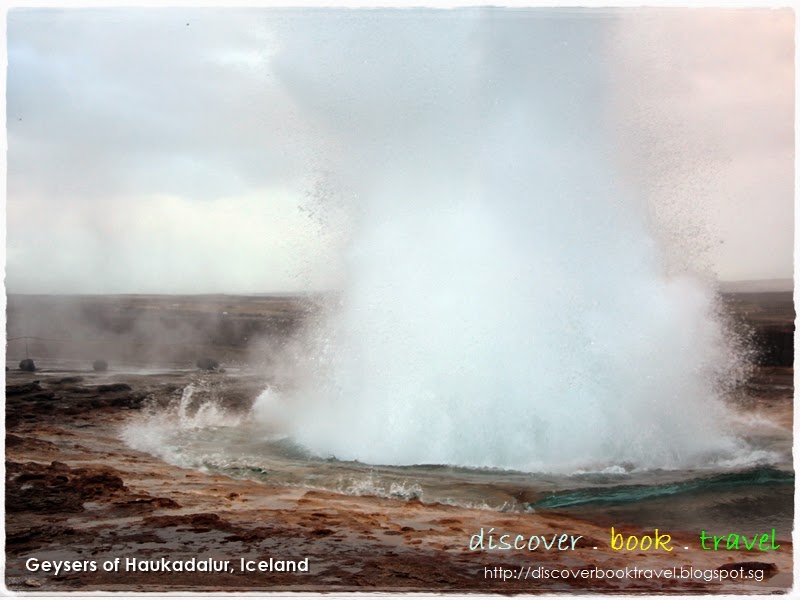 There are also more than 40 other little hot springs, bubbling mud pots and fumaroles nearby, making Haukadalur look like a scene from hell.  Throw in the pungent smell of sulphur which permeates the air around and it makes for a unique walk through this hotspot. 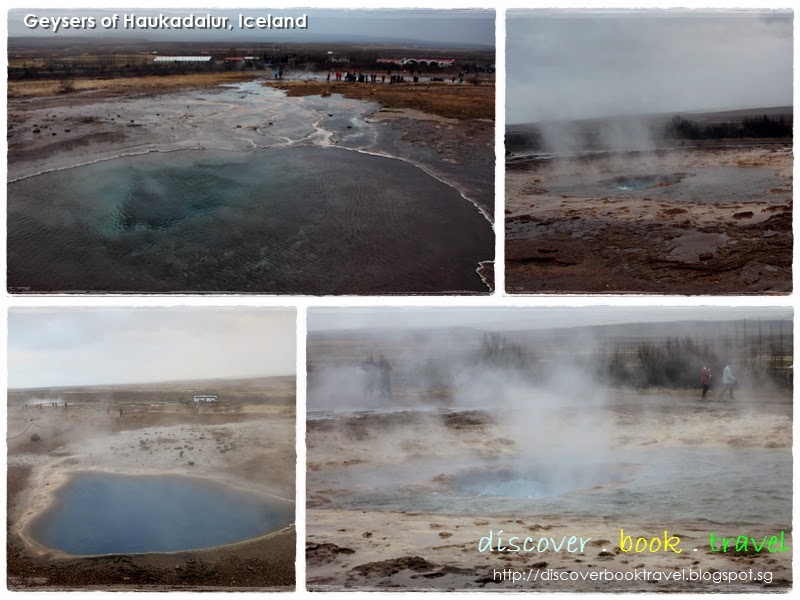 I am glad to say, we survived this trip to hell to make it to the third and last destination of the Golden Circle tour – Gulfoss.

Harnessing the Power of Geothermal Energy

But before we get on our way to Gulfoss, we had one last activity to do.  We are going to sample some geothermally-cooked food.

Meet the chef of the Restaurant Geysir, who had prepared a meal for us with the heat from the geothermal fields.  Look what he has got buried in the ground! 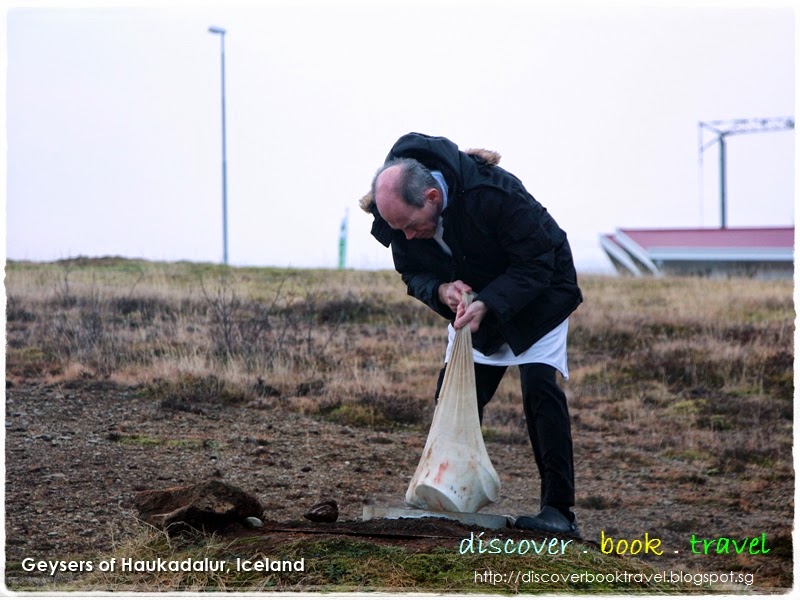 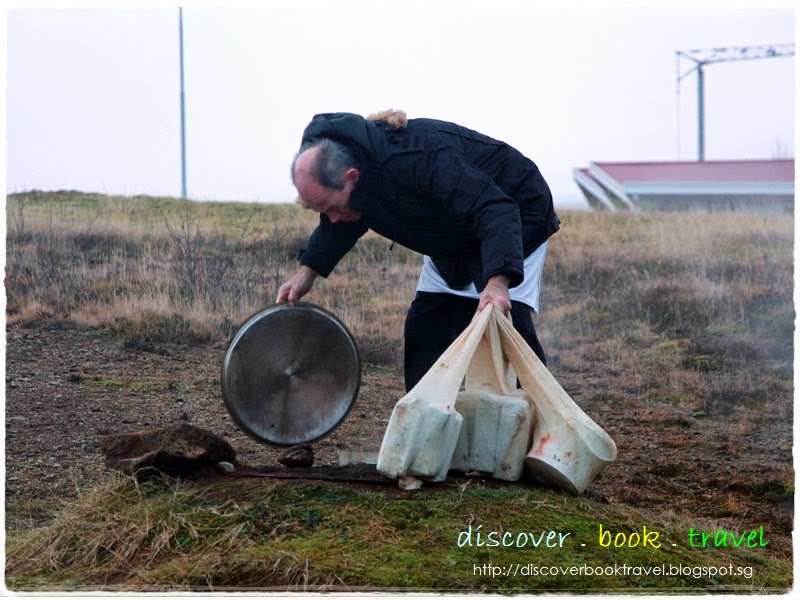 The chef with his beautiful assistants. 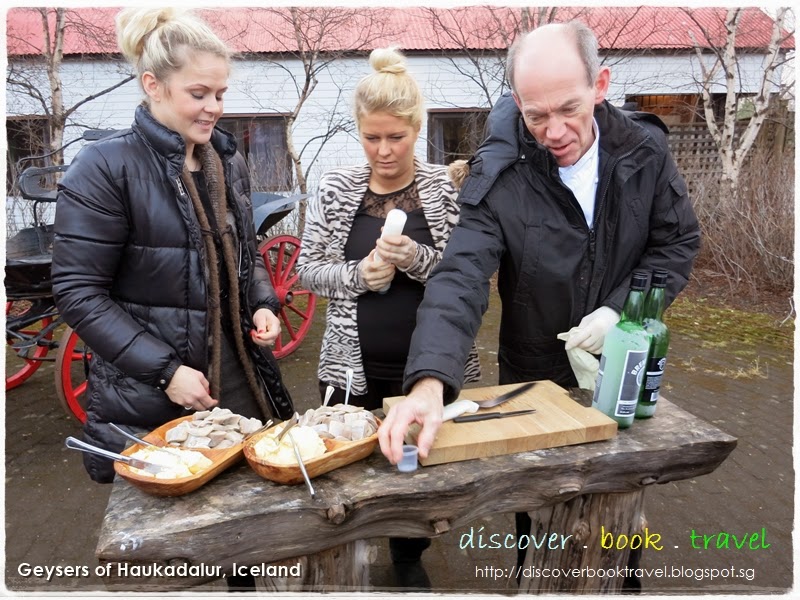 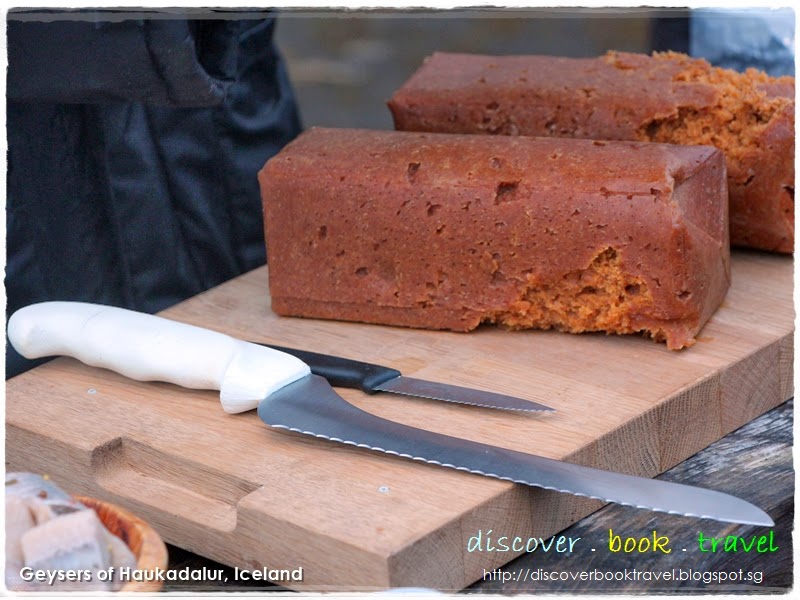 It is best served with Icelandic butter and herring. 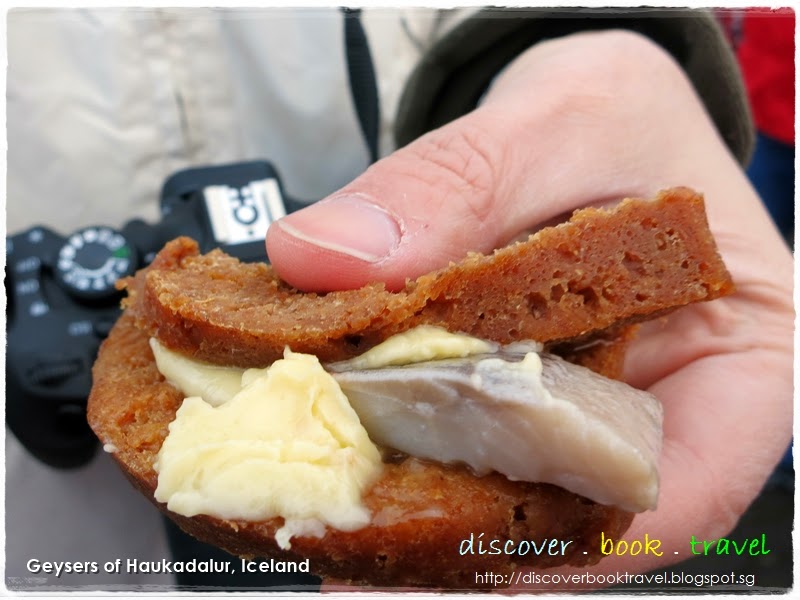 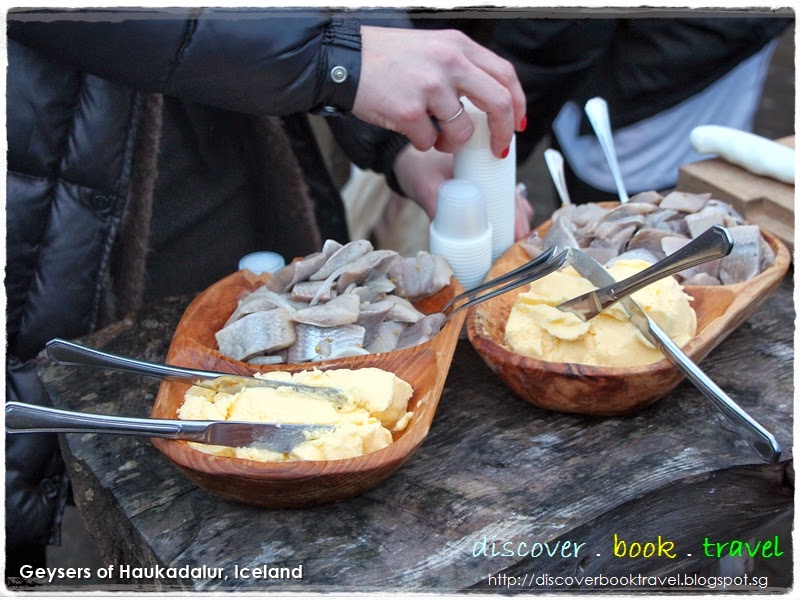 And to accompany it, a small glass of extremely cold (nearly freezing) Brennivin. 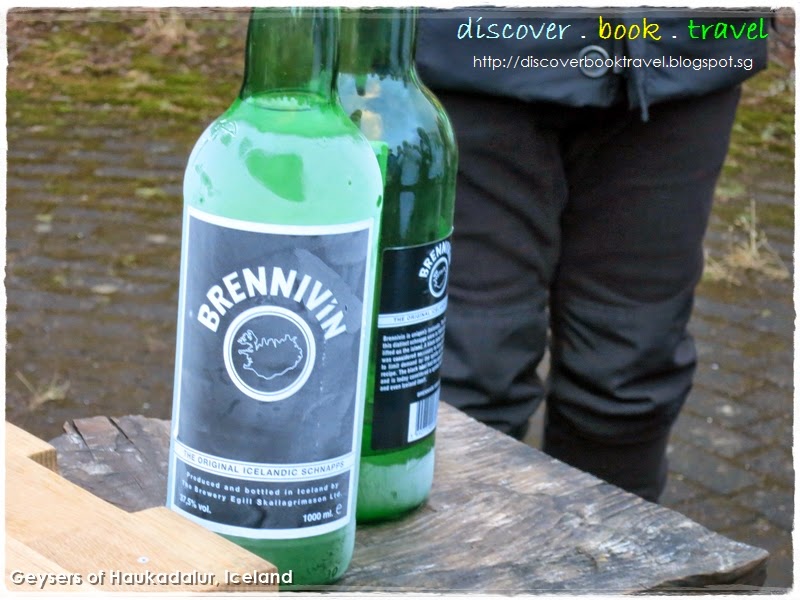 Geothermally-cooked eggs.  It tastes the same as any other ordinary egg. All of these are very nice, normal and edible as compared to Hakarl,  the Icelandic delicacy. 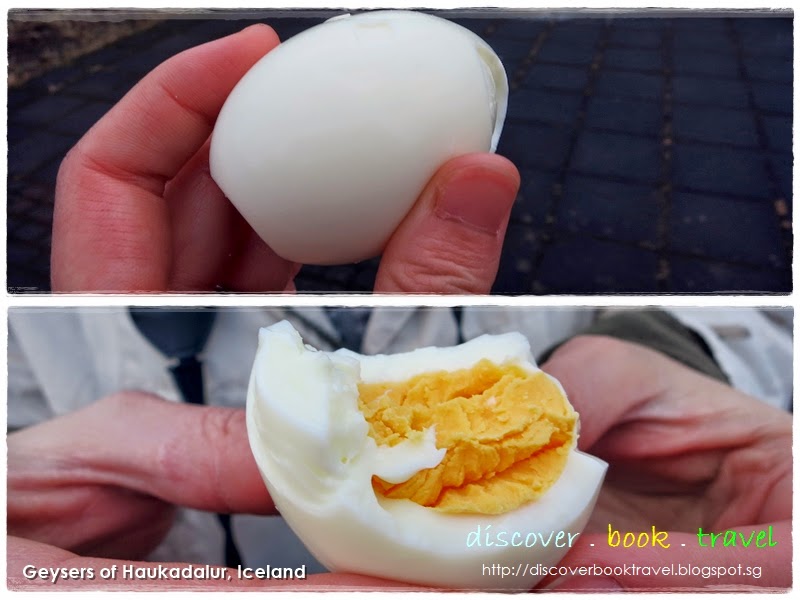 Join us next as we meet the cute Icelandic Horse.