Gasps of amazement were heard from all of us, as our bus crossed the bridge that would bring us to Jokulsarlon.

We could not believe the beauty of the sight that lies before us.   Miles and miles of glacier, framed by snow-capped mountains and flanked by large chunks of icy-blue ice bergs – that was truly the most unforgettable sight in Iceland, one which ranks as the best experience we had in this beautiful country.

Our first sight of Jokulsarlon, the glacial lagoon. 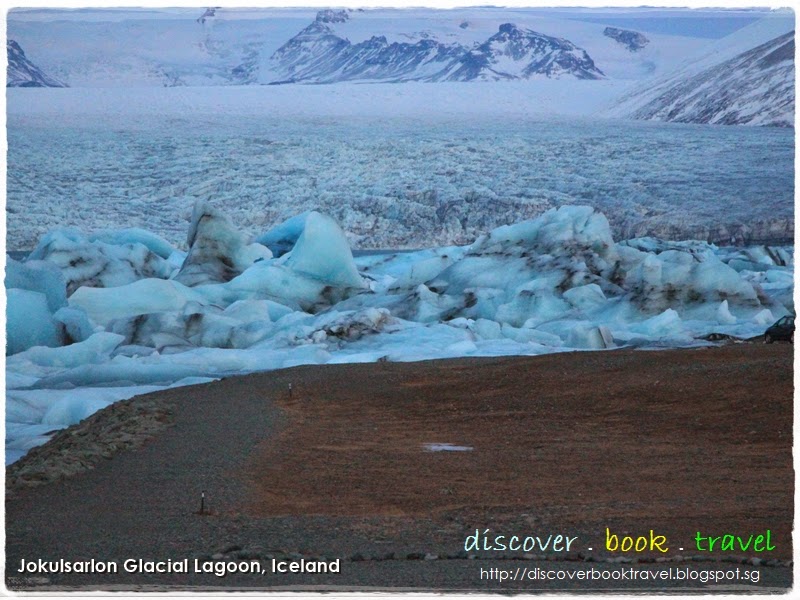 A Heaven on Earth

It is the most beautiful place we had ever been to, rivalling the spectacular scenery in Alaska.  If Haukadalur looked like hell, then the glacier lagoon that is called Jokulsarlon would exist as a Heaven on Earth 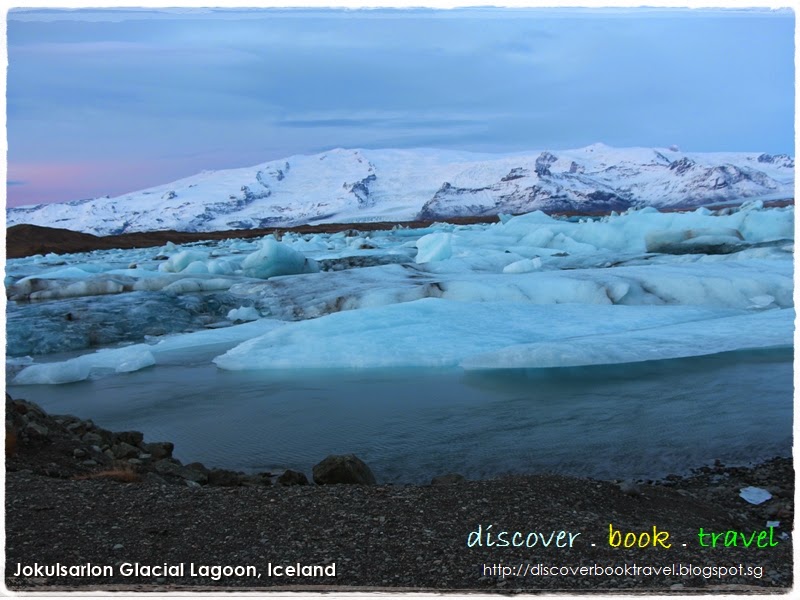 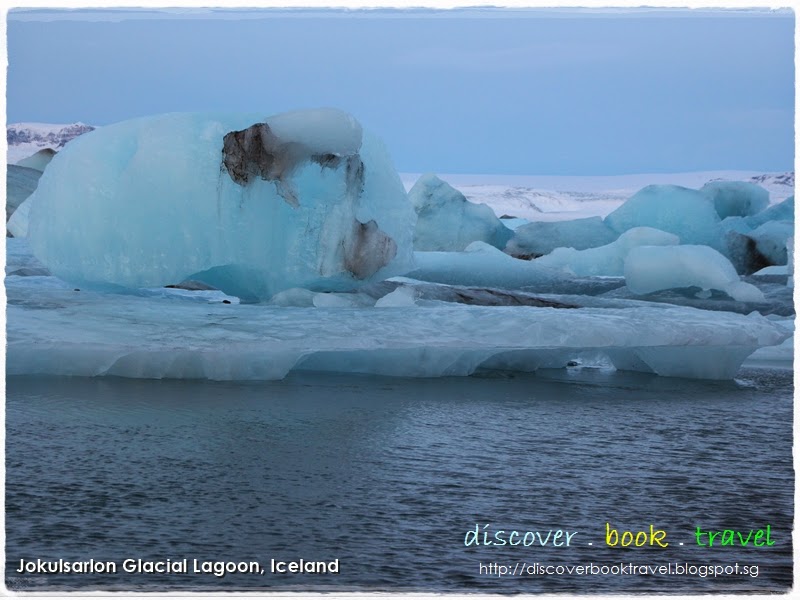 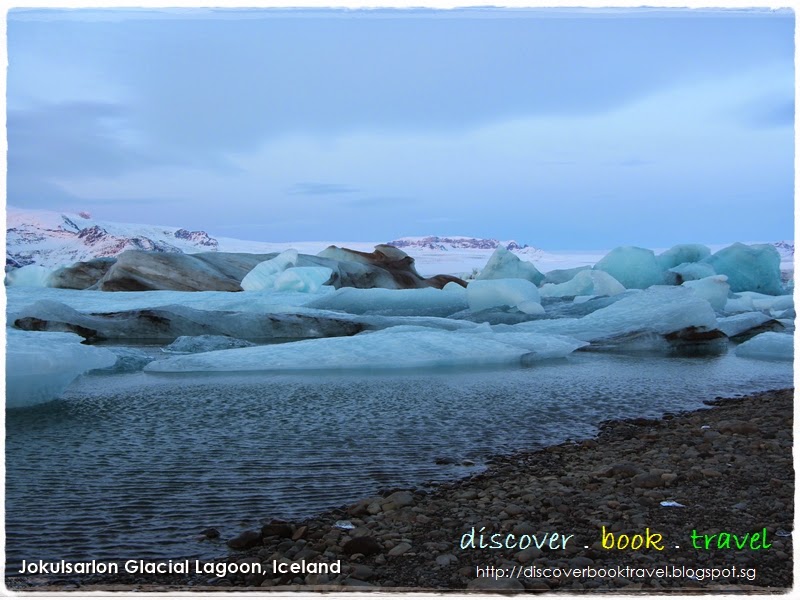 Jokulsarlon is the best known and the largest glacial lagoon in Iceland.

Recently, it also earned itself the title of the deepest lake in Iceland.  Formed only as recently as 1934-1935, the lake is filled with icebergs calving off from the Breidamerkurjokull Glacier, which is itself a tongue of the immense glacier Vatnajokull.

Visited at dawn when the sun was just rising, the lagoon emits a ethereal blue glow.  Its silent beauty attests to its beautiful history of being part of the glacier that had broken off. 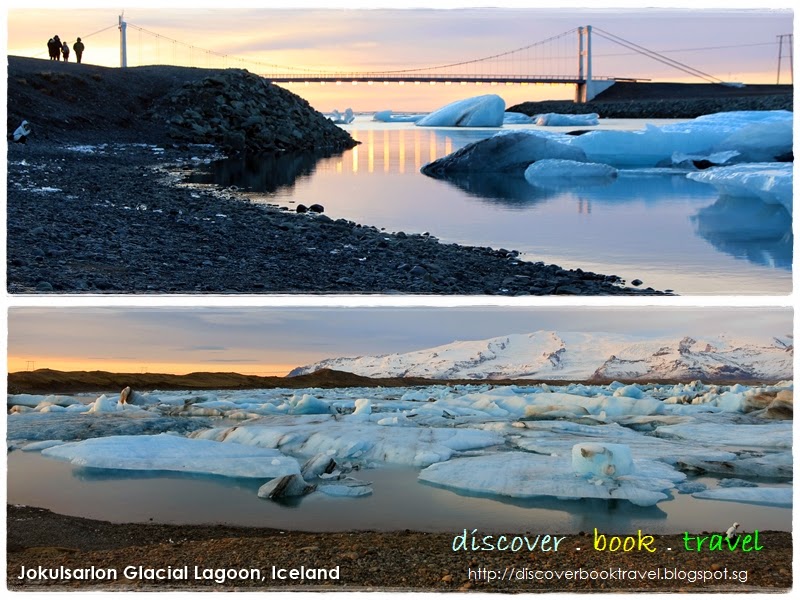 Only 10% of the iceberg is visible above the water surface – a silent reminder of how deep this lake is! In summer time, when conditions are more favourable, operators offer boat tours on the lake – a chance for visitors to experience the magic of sailing between the icebergs! 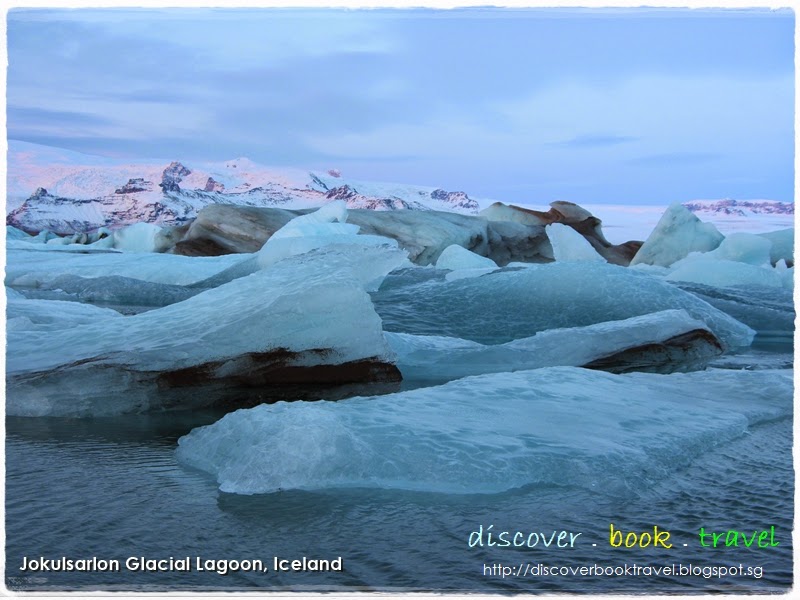 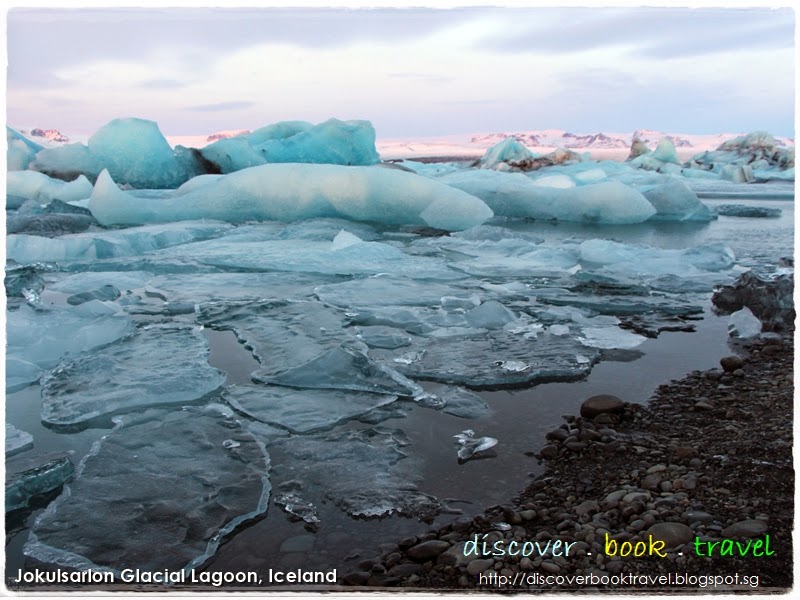 Let the pictures do the talking, for words could never do the beauty of Jokulsarlon any justice. 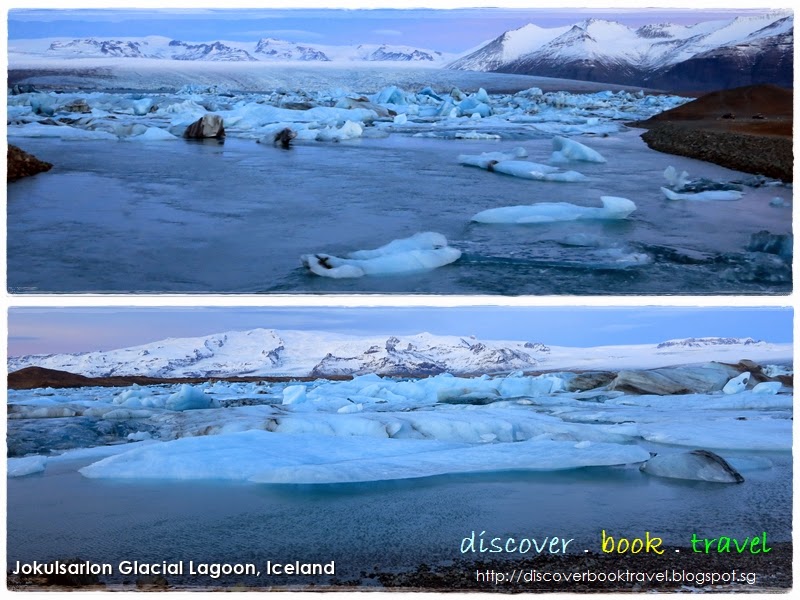 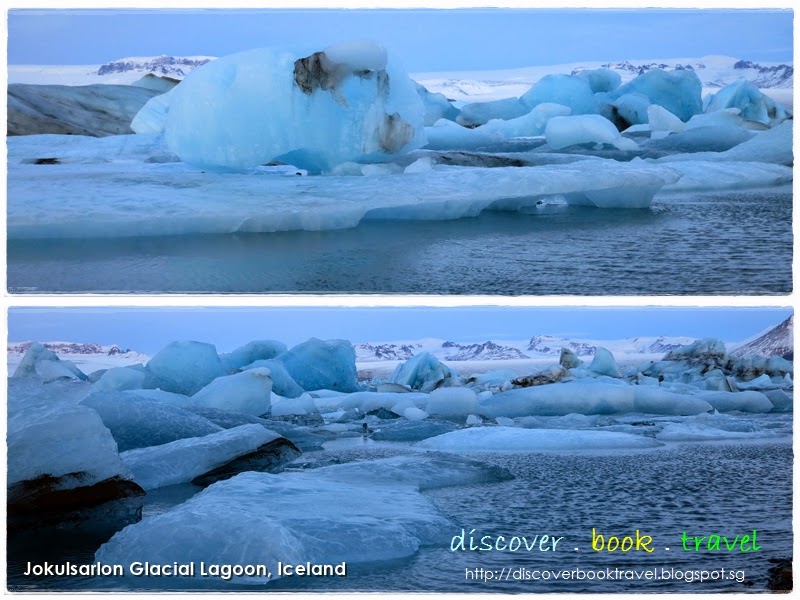 Standing by the lake, admiring nature’s art of carving on the icebergs.  It never fails to make me feel humbled by the magnetite of nature’s forces and our insignificance as a mere mortal, when you put things in perspective. 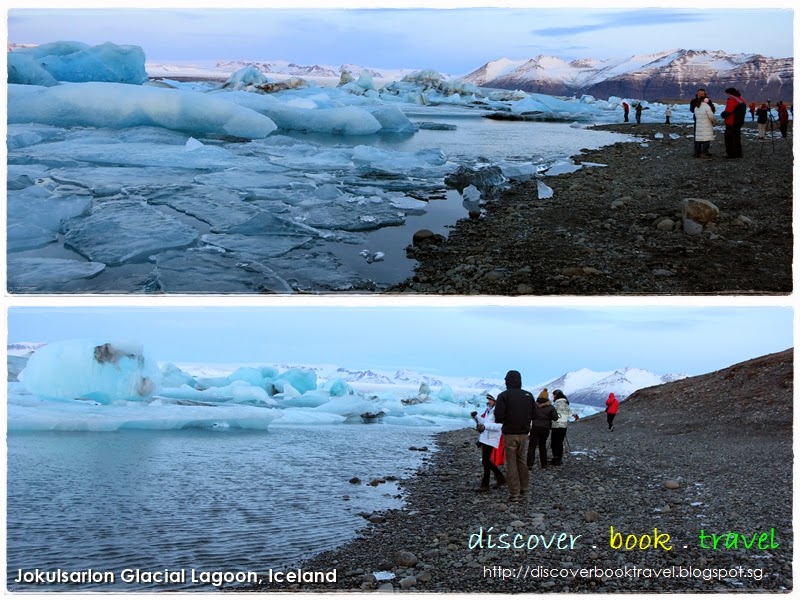 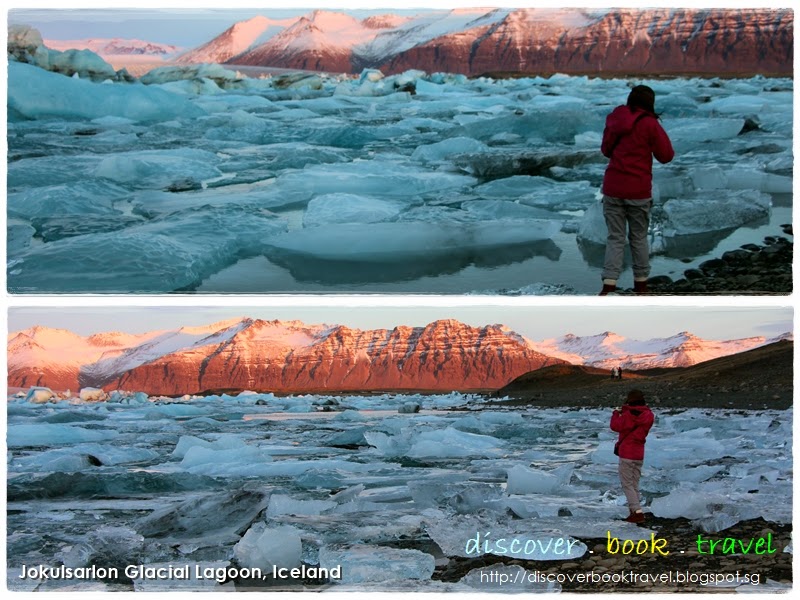 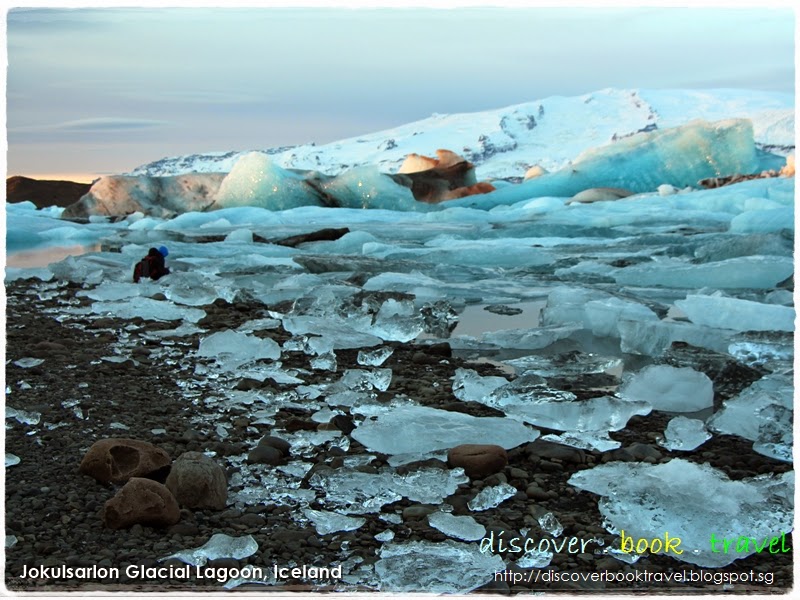 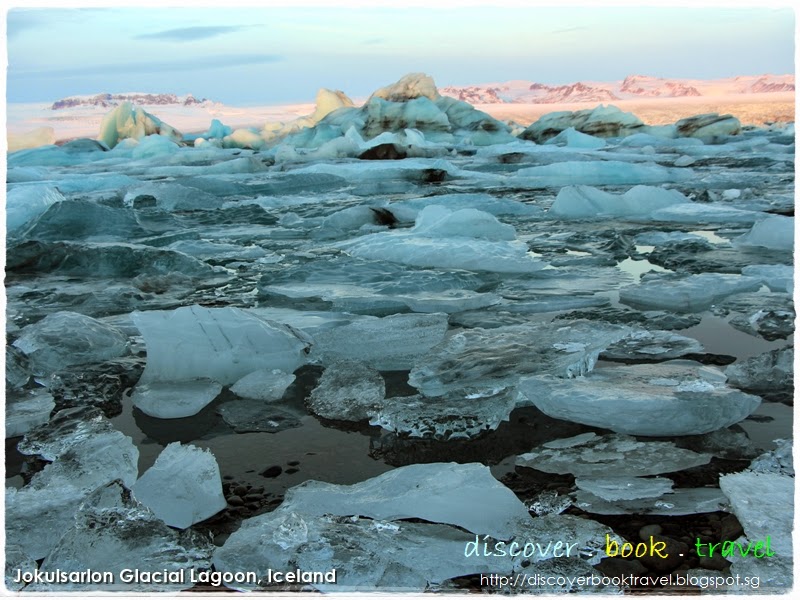 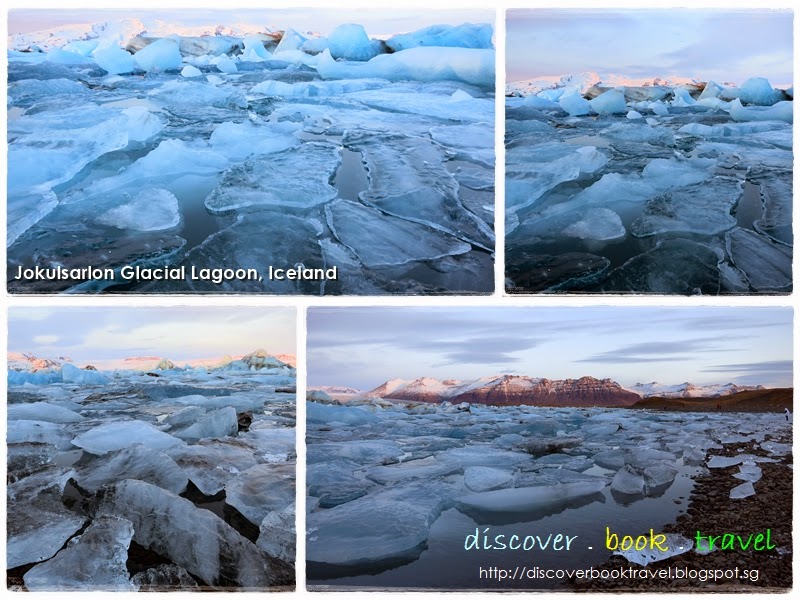 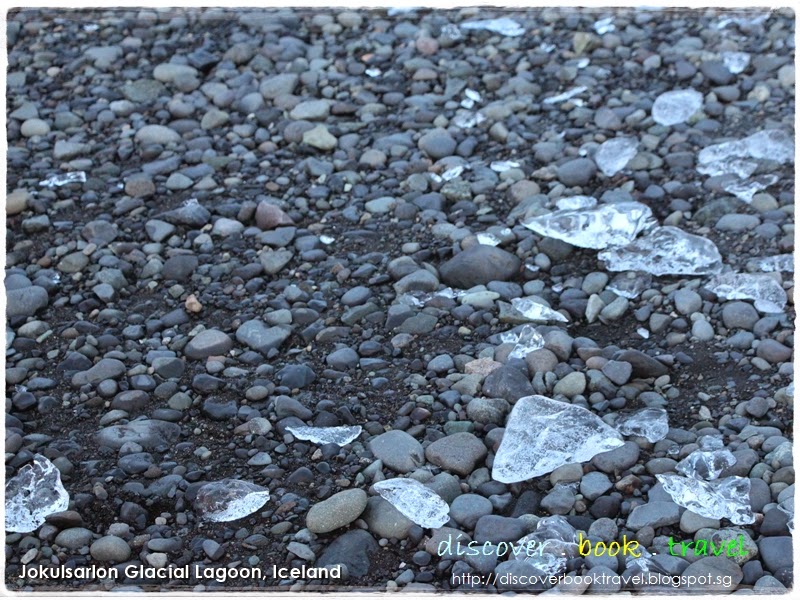 Where the Lake meets the Ocean

Jokulsarlon is separated from the ocean by a short distance.  Days were short in winter, so it was around 10am as we watched the sun rise above the Atlantic Ocean. 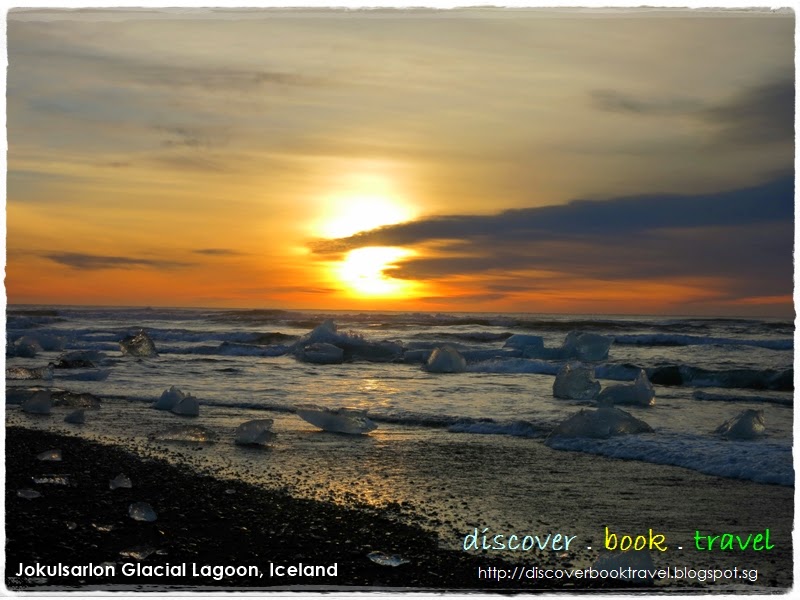 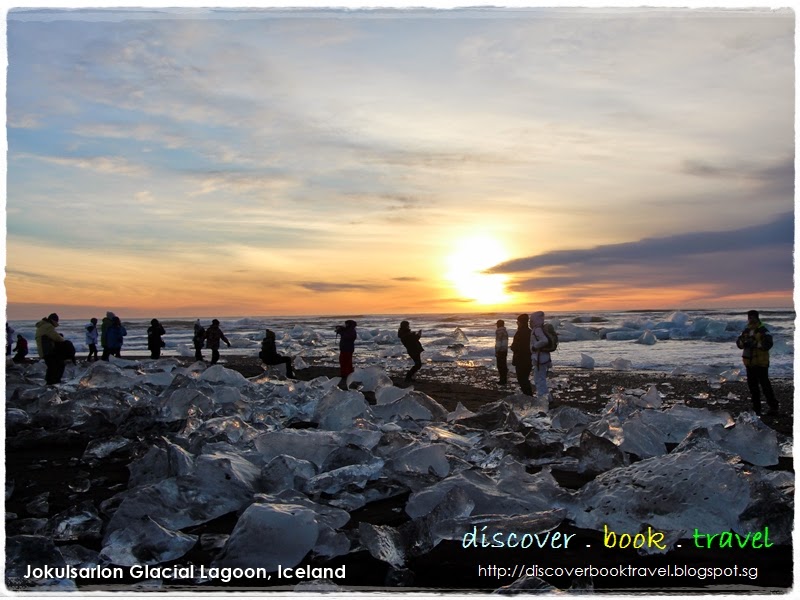 Some of the icebergs that had broken off from the glacier had found it’s way to the ocean. 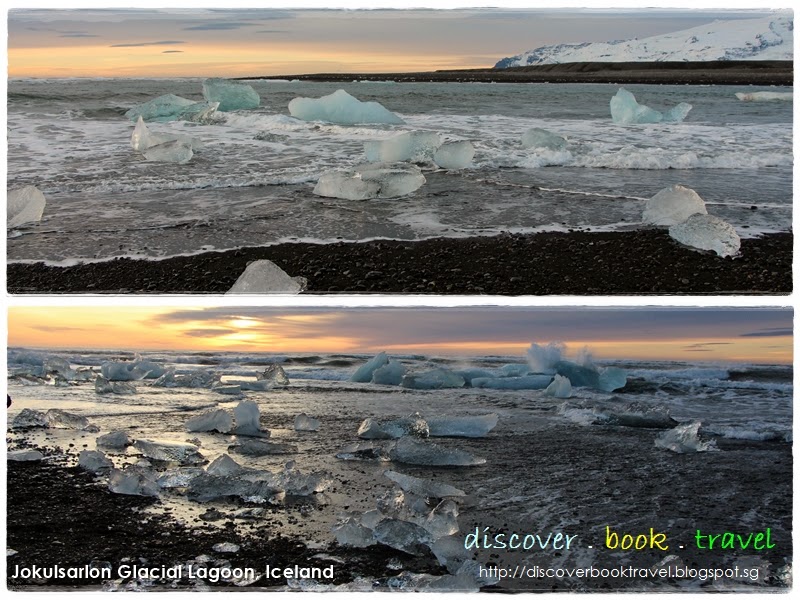 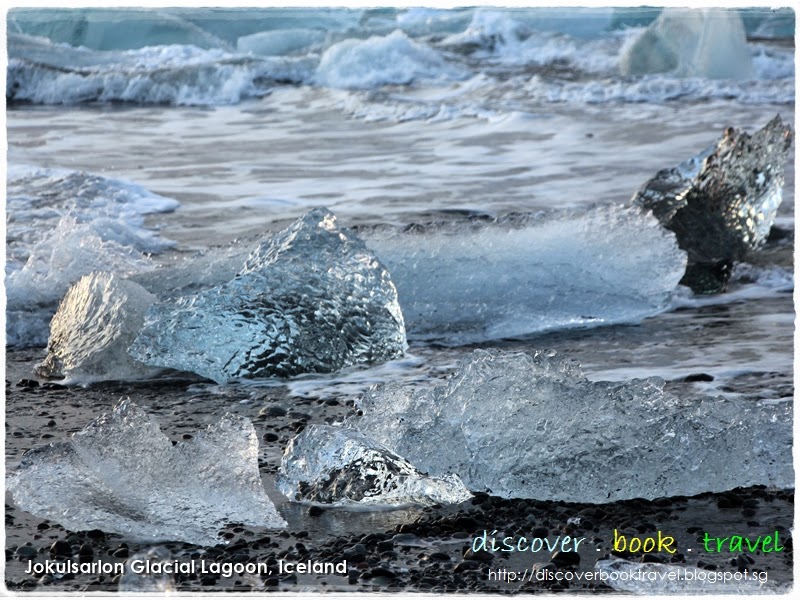 Heaps of beached icebergs on the black sandy beach. It was a day that was widely acknowledged by members of our group as the best day of the vacation. Next on our destination list for the day was Svinafellsjokull.

How to get to Jokulsarlon

Jokuslarlon Glacier Lagoon is not far from the Icelandic Ring Road (Route 1). It is accessible only by car and is located between Höfn and Skaftafell National Park in Southeastern Iceland. 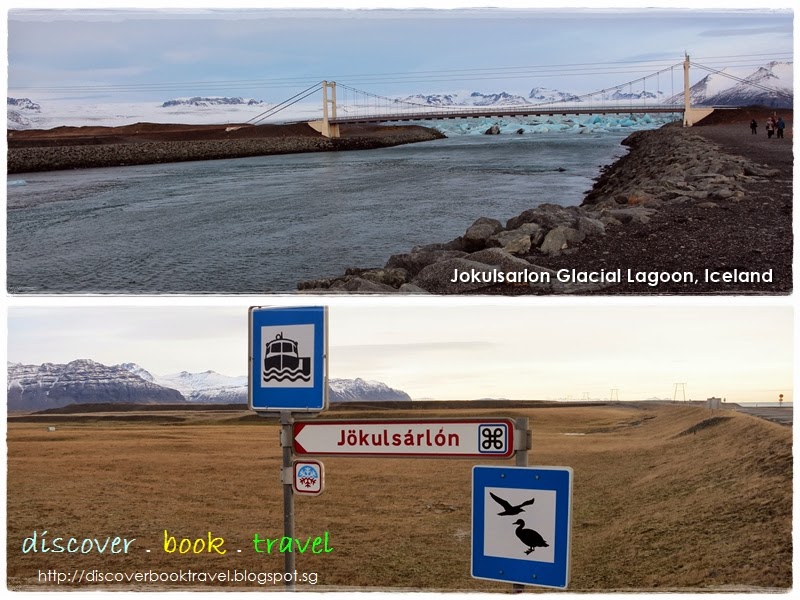 Join us next as we endure a tough lava tubing adventure.