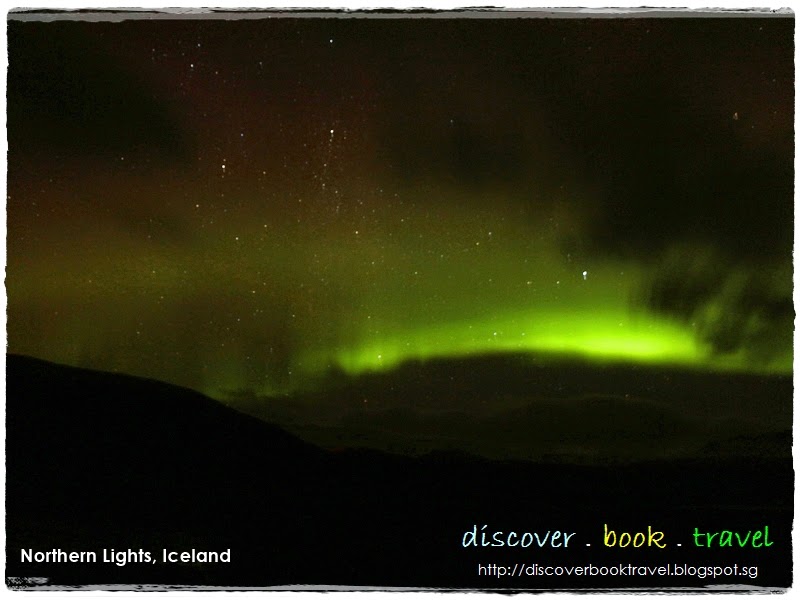 The Northern Lights or Aurora Borealis is a natural phenomenon, which usually means that whether you see it or not depends very much on your luck.  Only visible at the arctic circles, this exceptional spectre happens all year round, but is most visible in winter when hours of darkness are longer.

And so the story goes that on our 6th night in Iceland, we got a little lucky at the Fosshotel Skaftafell. Arriving at the Fosshotel Skaftafell late in the evening, it was too dark for us to make any sense of our surroundings.  We were told there was a glacier (Svínafellsjökull) at the back yard of our hotel, but beyond that, we were like the blind groping around in the dark.  The fortunate thing was that our guide was experienced and brought us to the site of what she thought was the best spot at the hotel for viewing the Northern Lights, in case it makes an appearance that night. 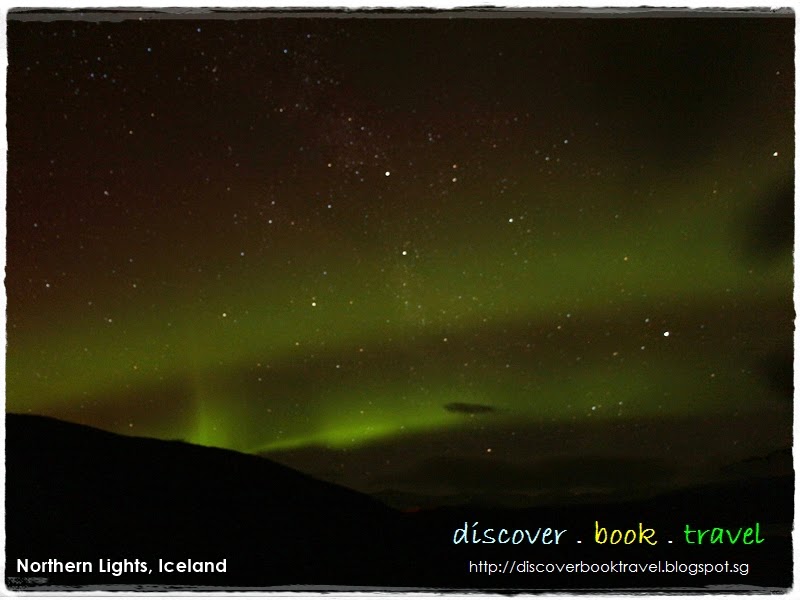 That night was my turn to keep watch while Tommy catch up on some sleep.  Venturing outdoors once every 15 mins to check, I had no idea I was staring at the Northern Lights until the hotel staff came by to give us a wake-up call.  Only then did I realise that the piece of ‘cloud’ that I had been staring at for the past half an hour or so was the Northern Lights!  The others in our group were equally mystified! 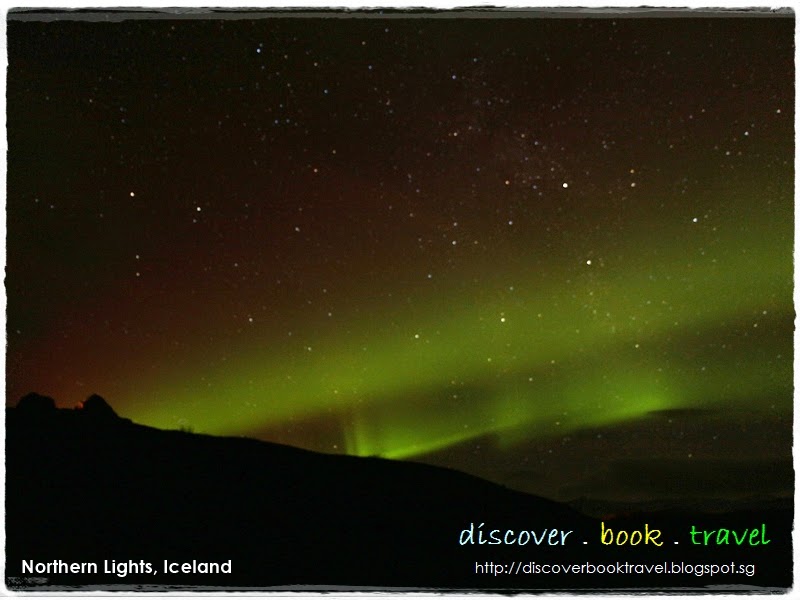 It appears that the Northern Lights were on, but only weakly so, and only on closer inspection, and with the help of photography were we able to capture the greenish glow shining across the sky, dimming and brightening and expanding at times.  It was a far cry from the dancing lights meandering across the star-lit sky as seen in professional video footages, but for a first-timer, and one who is desperate to experience the Northern Lights, this will do.

The white dots you see in the photos are actually stars captured by the DSLR camera. 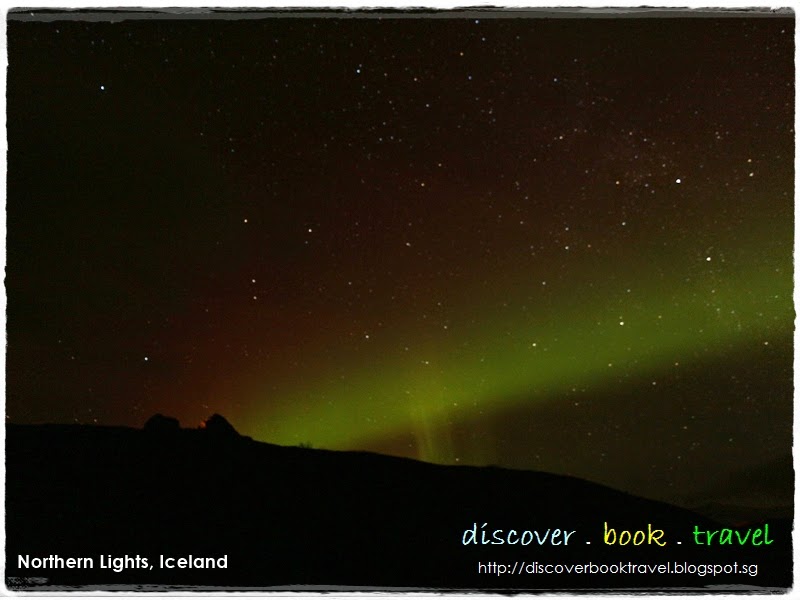 If you are travelling to a country within the Arctic Circle to view the Northern Lights, it pays to be well prepared before hand to ensure you get the best Northern Lights experience.  Here are our top tips:

1. Bring a Compass and find a good spot

If you are following a night-tour to chase the Northern Lights, chances are, these operators know the best spots for getting a good view.  The Northern Lights, as the name suggests happens at the north-facing direction.  Many a times, tourists venture into the night without knowing where North is and which direction to look at.  The best preparation you can do is to get a compass that points you to the North.  For that matter, it would be a good idea to check out the place to find a good spot during daylight hours.   Look for and remember landmarks if you have to, because that spot will be hard to find again in the dark.  Somewhere up a small hill will give you a good view of the horizon and the Northern Lights.  A few small trees will make a nice foreground for photographs. 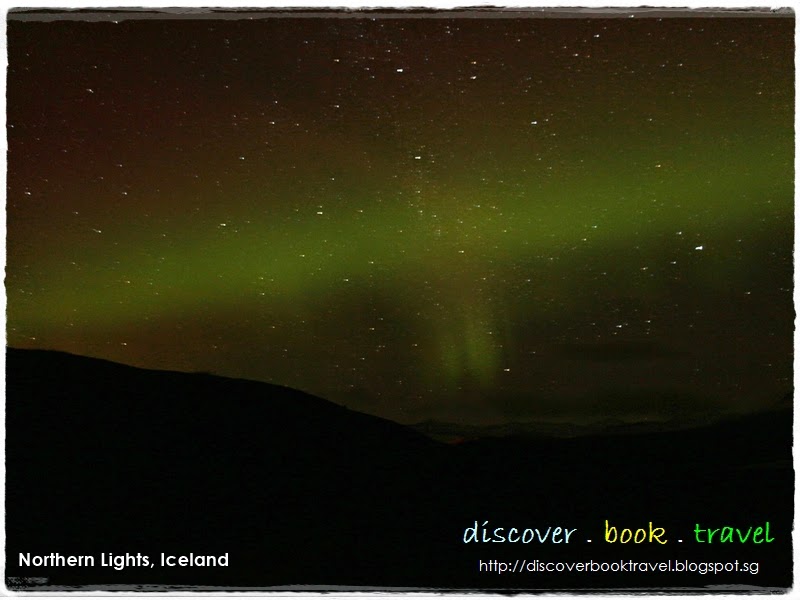 2. Bring a Small Torch with you

Point the torch downwards on the path ahead to guide you in your walking, but never point it up beyond ground level.  Never wear head lamps or point your torch at eye level because you will end up blinding the other viewers who have been accustomed to the dark. You will get some unfriendly stares and a few rude comments. 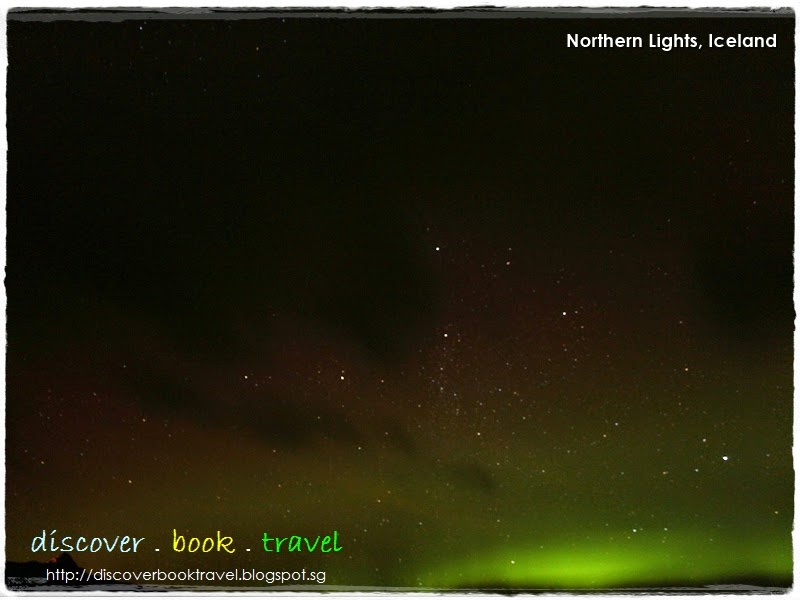 Good photographs of the aurora are all taken with a good and sturdy camera stand, simply because of the fact that the exposure time needed to capture the moment is long.  This can never be achieved by holding the camera with your hands, especially if those hands are shaking in the cold. 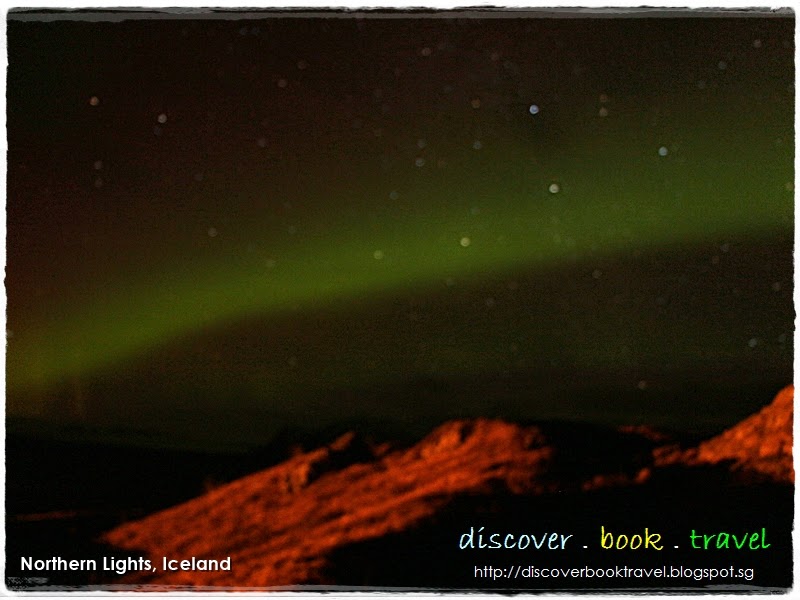 4.Wear Earmuffs and cover your face with a Bandana

It may seem obvious, we cannot over-emphasize how important these are.  In winter, the cold can be really biting on unprotected facial skin and for the first time, we realised how useful ear muffs could be.  I was unfortunate enough to venture outdoors without it one night and the ear-ache that I got from the cold air blowing into my inner ears was just too much to bear. 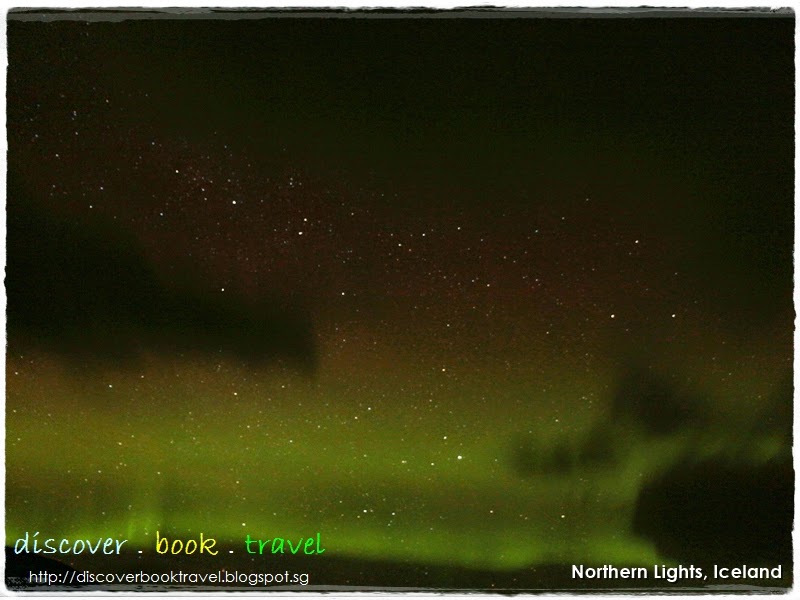 Join us next as we visit Jokulsarlon, the Glacier Lagoon.