The cold was biting and the snow was falling down in sleets as we trekked across the white streets of Laugavegur, the main shopping street in Reykjavik Iceland.  I badly needed some hot soupy stuff to warm me up, and so it was like a lifeline when we saw the sign board of Ruan Thai (hot Tom Yum soup flashed across my mind).

Readers of our blog would know that besides being a coffee addict, I am also a lover of Thai food.  Although I would say that Iceland is one of the most un-likeliest place on Earth to have Thai food, what’s stopping me from trying when I see one? 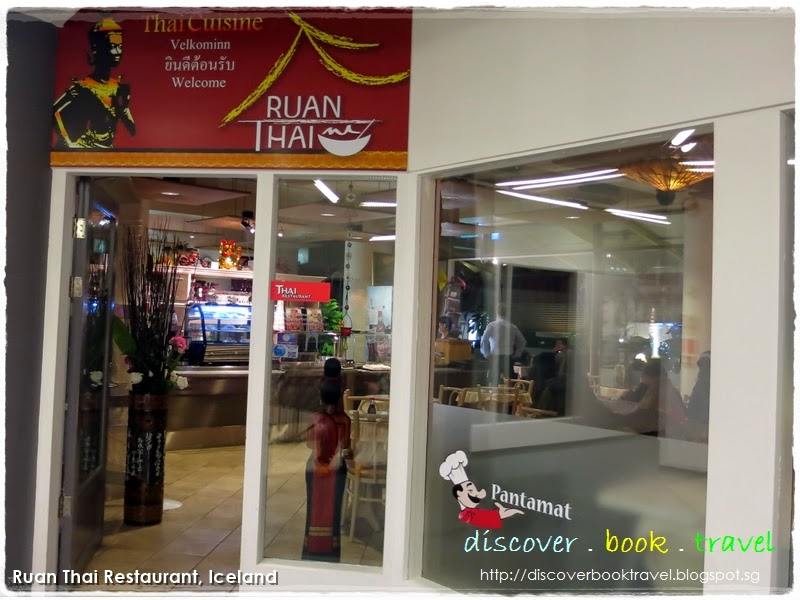 Situated above the Bonus supermarket, Ruan Thai, also known as Núðluhúsið, sits on the second storey of a low building along Laugavegur.  It is like a small eating house or coffee shop, but its interior although not posh, is clean and spacious. 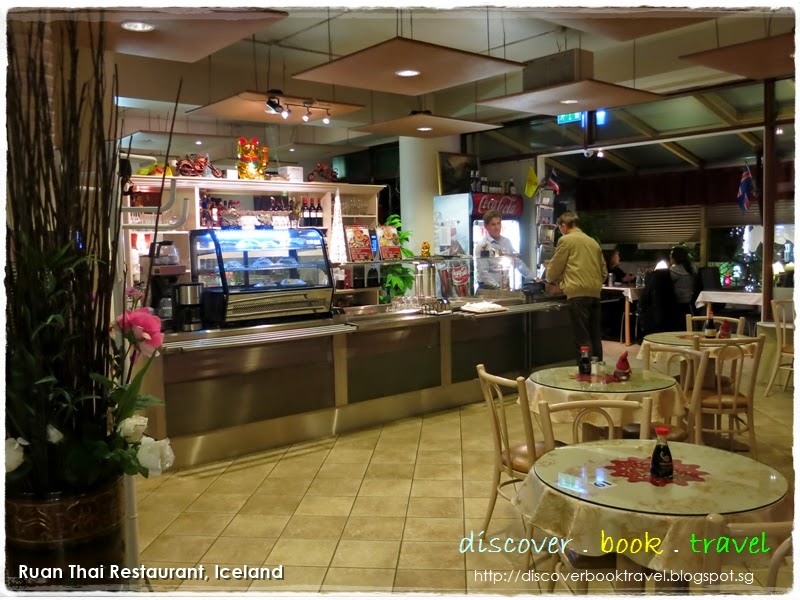 Most of their tables are lined along the windows, and so we got a nice Christmasy-view of the snowy streets of Laugavegur below. 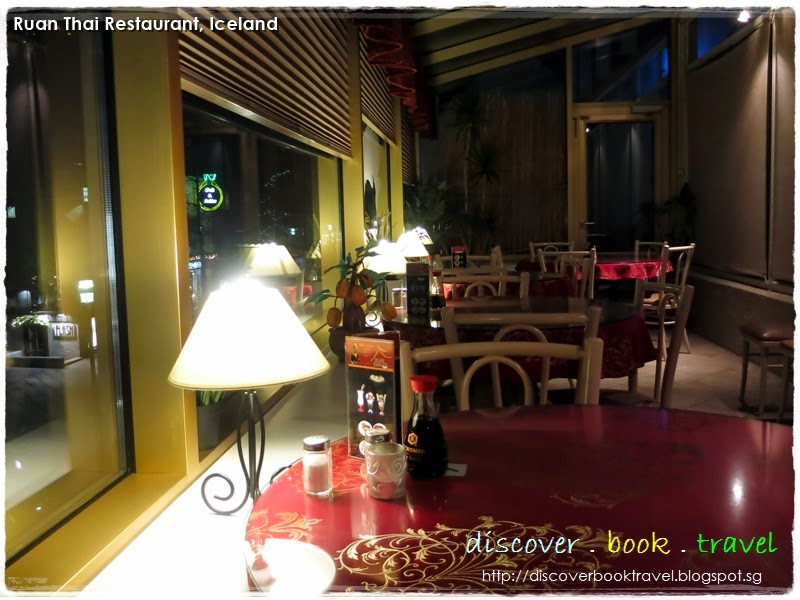 Deep fried shrimps, served with rice, sweet and sour sauce and coleshaw (ISK $1650 = SGD $18).  I would say that this dish is not authentic Thai cuisine, it is more of a fusion between asian and western food.  It is nevertheless great-tasting.  The portion is also huge enough for 2 persons to share. 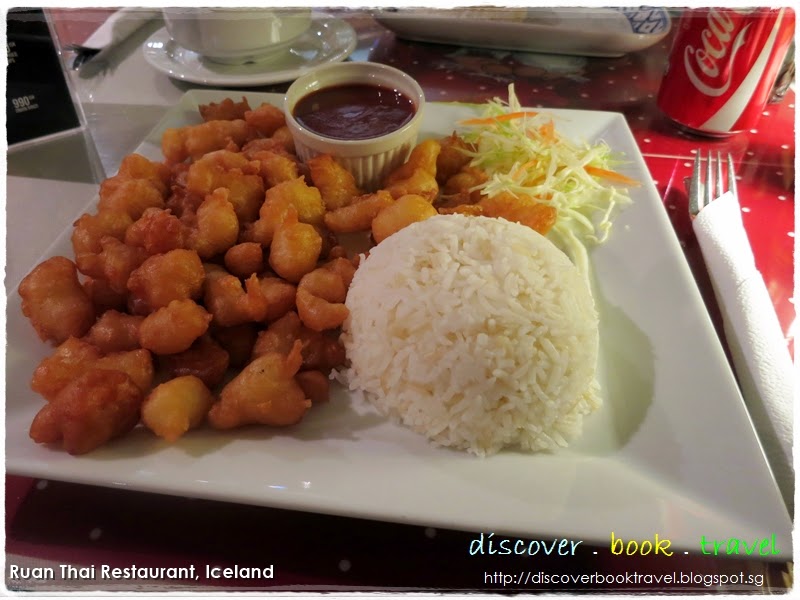 This is my starter serving of Tom Yum soup (ISK $990 = SGD $11).  It is smaller (and cheaper) than the full main course version, but it is large enough to make it a meal for me! Taste wise, I would say that though it is not the best, it is still way above average and is a very good value for its price. Plenty of ingredients in there as well.  It is also done to the style that l prefer – clear broth instead of the milky version served in Satang Thai Exclusive in Sydney. 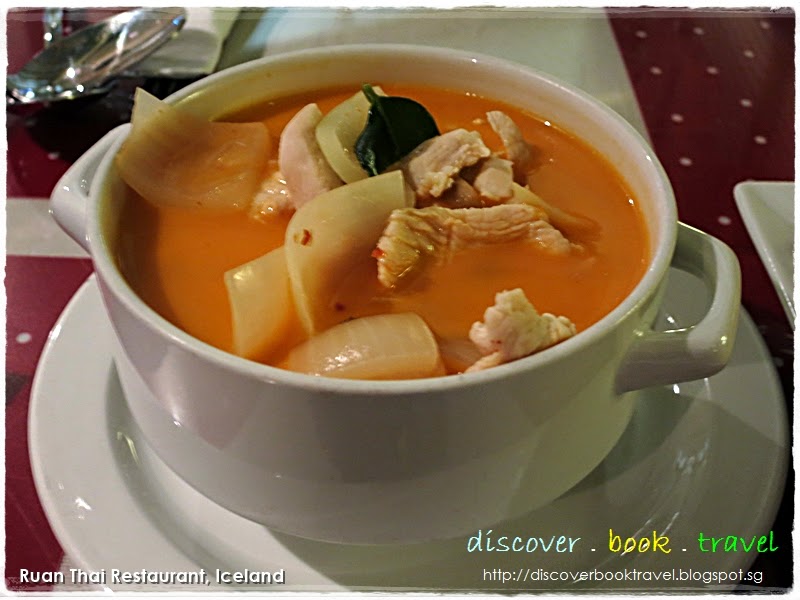 We chose the Banana split as a desert to share after our meal. 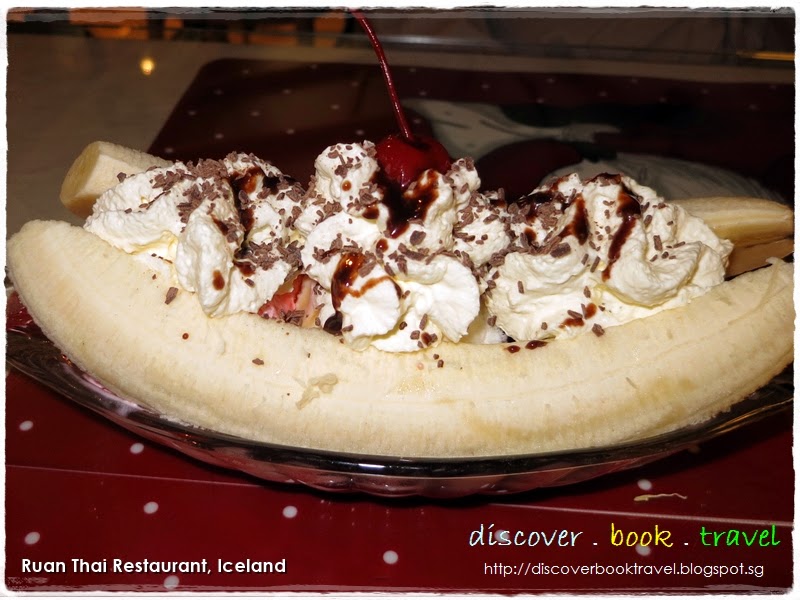 Our dinner consisting of one main course to share, one starter, one desert and 2 drinks came up to ISK4040 (approximately SGD$45).  This is considered relatively cheap for Iceland’s standards. 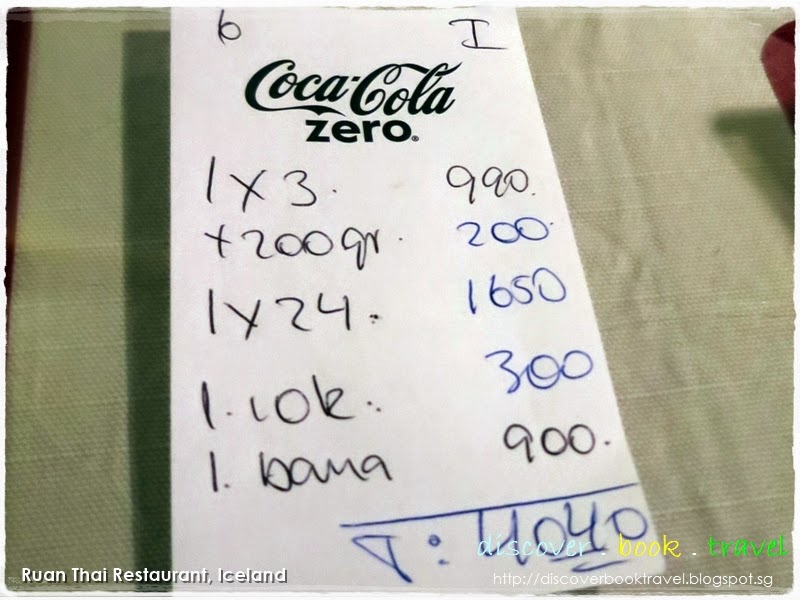 Join us next as we enjoy a cup of Icelandic Coffee.