We agreed that this was the best day we ever had during our 8 days tour of Iceland, for today was all about glaciers. 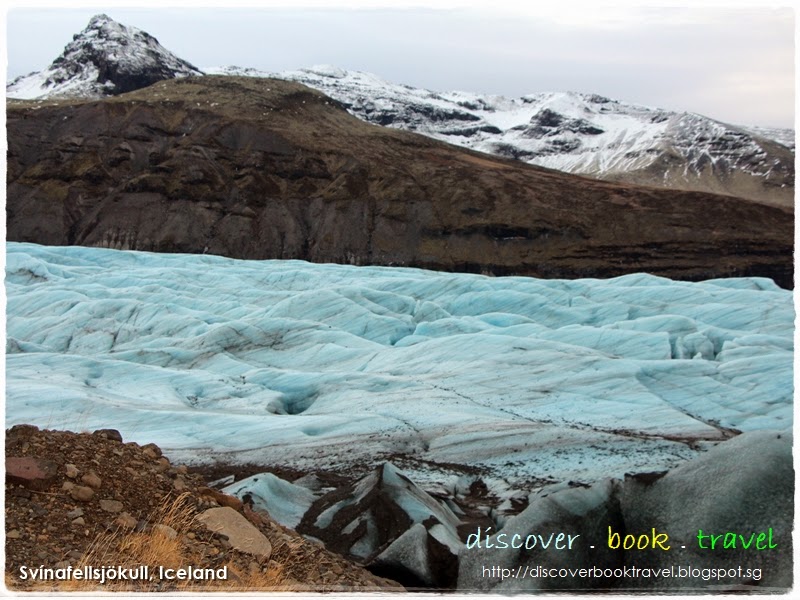 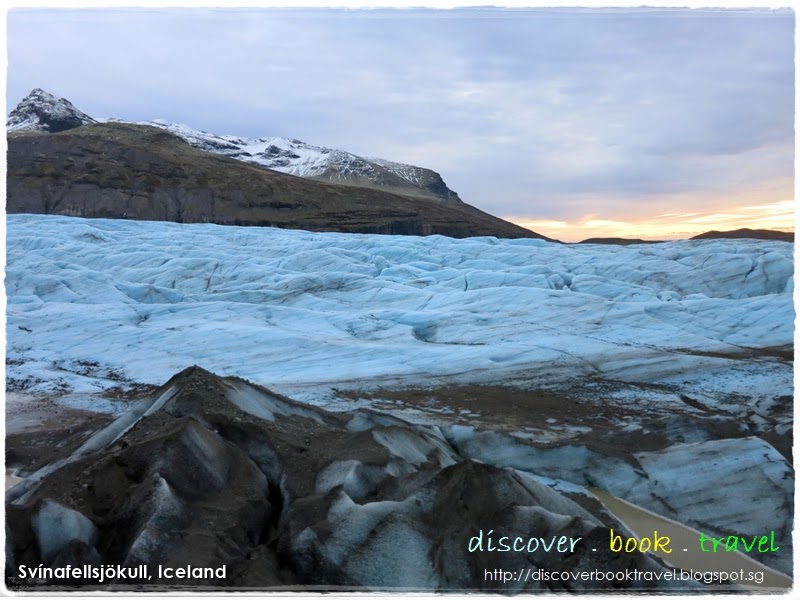 After the morning’s awesome trip to Jökulsárlón lagoon,  we were whisked off to explore the Svínafellsjökull, one of those glaciers in the massive Vatnajökull National Park. 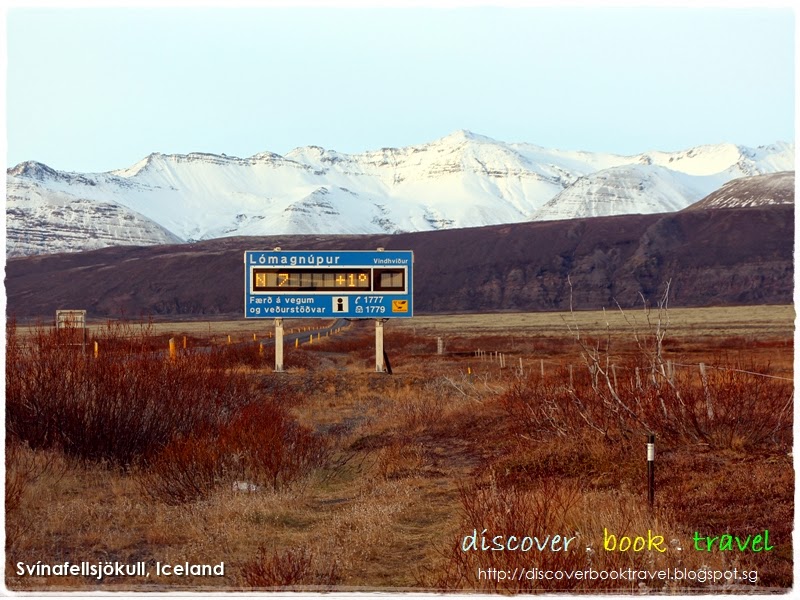 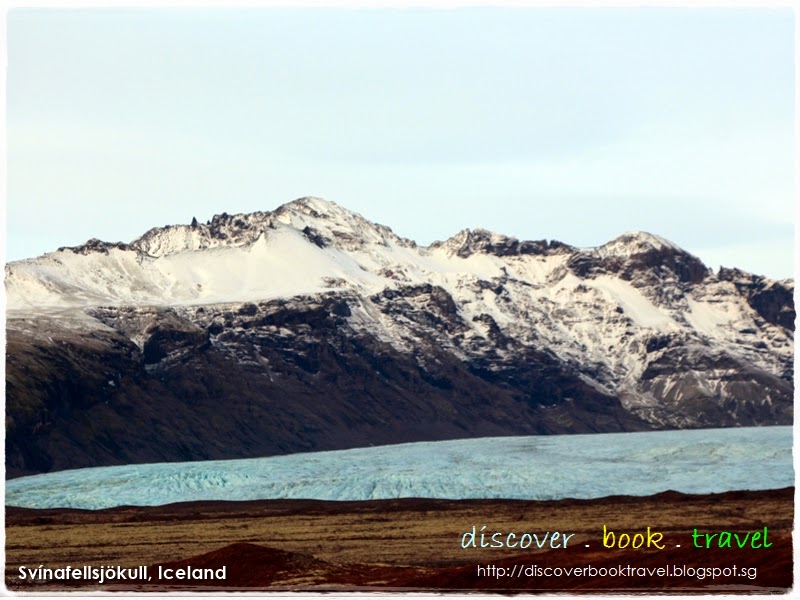 We’ve had our first encounter with glaciers during last year’s astonishing trip to Alaska. But we must admit, the experience at Iceland was radically different. 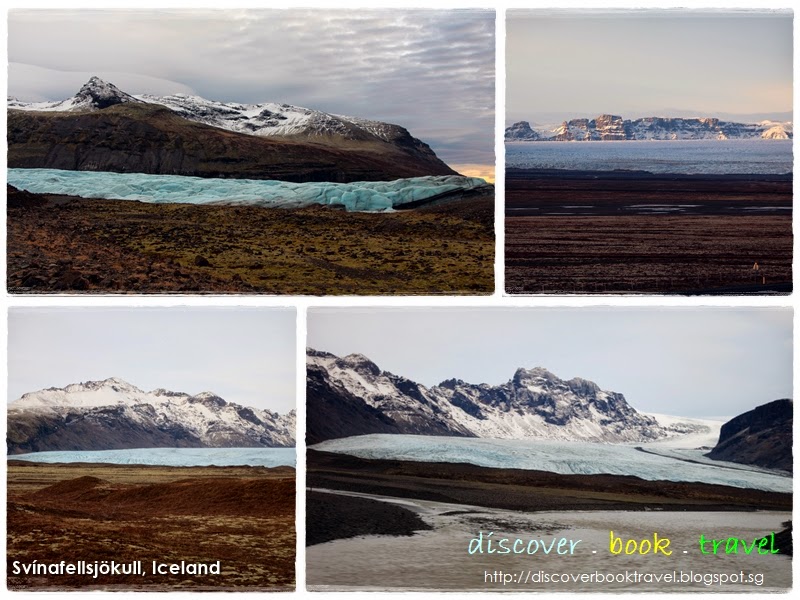 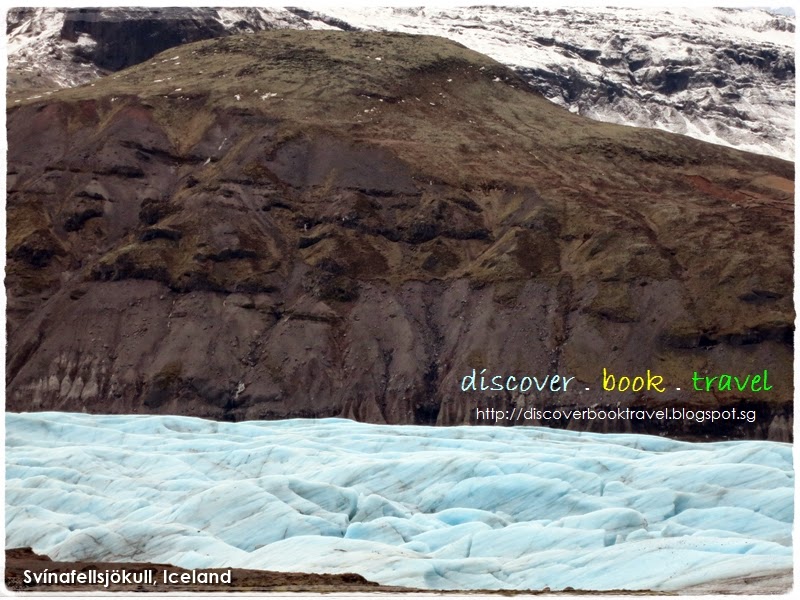 Iceland houses some of the largest glaciers in the world. While travelling within the Vatnajökull National Park, we catch glimpses of the vast expanses of numerous glacier tongues, many of which sometimes looked so close, it seemed we could almost touch it from the bus. 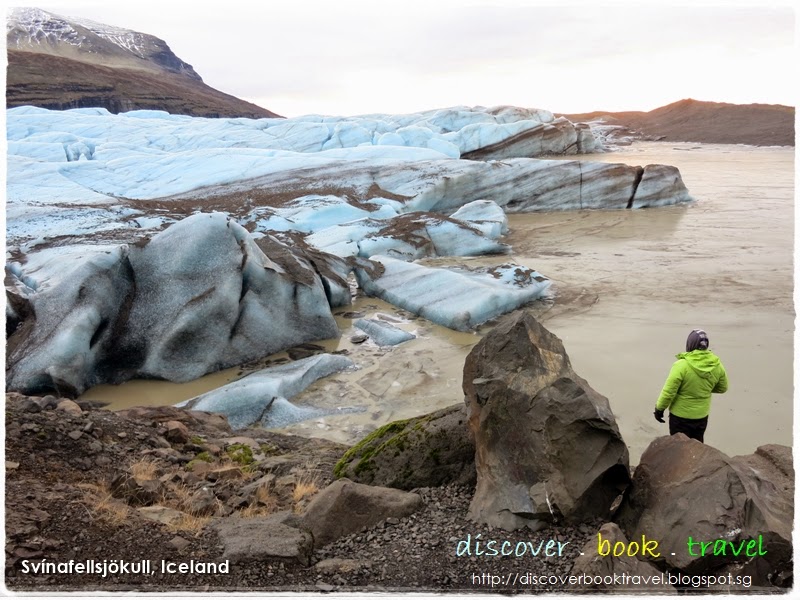 The Power of a Glacier

It may look harmless. But a glacier is a piece of nature, the forces of which you would not want to challenge.  Explorers, adventurers and campers have so often underestimated this seemingly unmoving piece of ice, with grave consequences.  So if you ever want to explore or walk on glaciers, you would have to engage a licensed guide to help you. 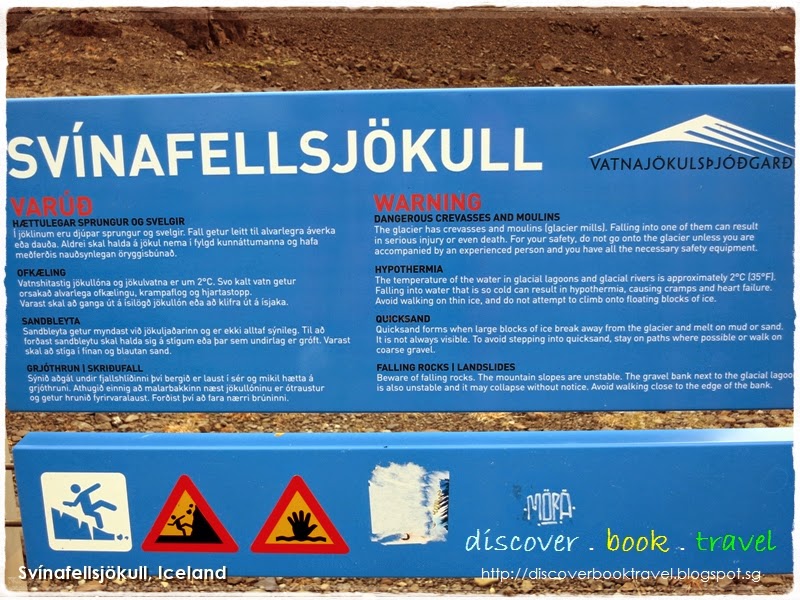 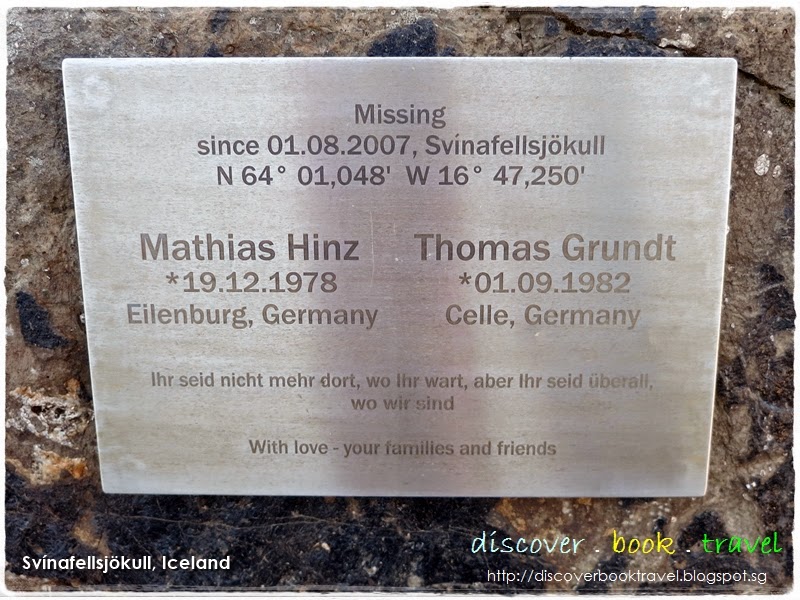 It was nearly sunset when we arrived at Svínafellsjökull, sunset being early in the winter months of Iceland. 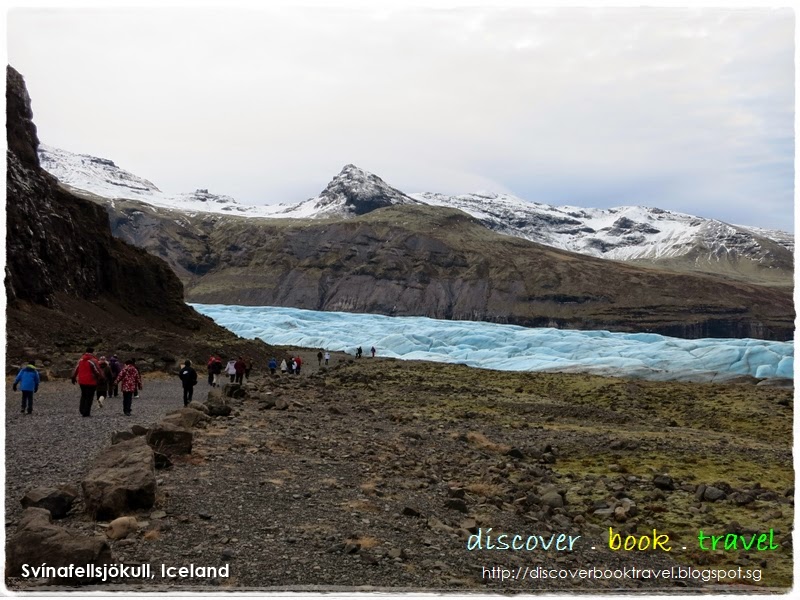 And so that was how we managed to catch the sunset over the beautiful glacier lagoon over Svínafellsjökull. 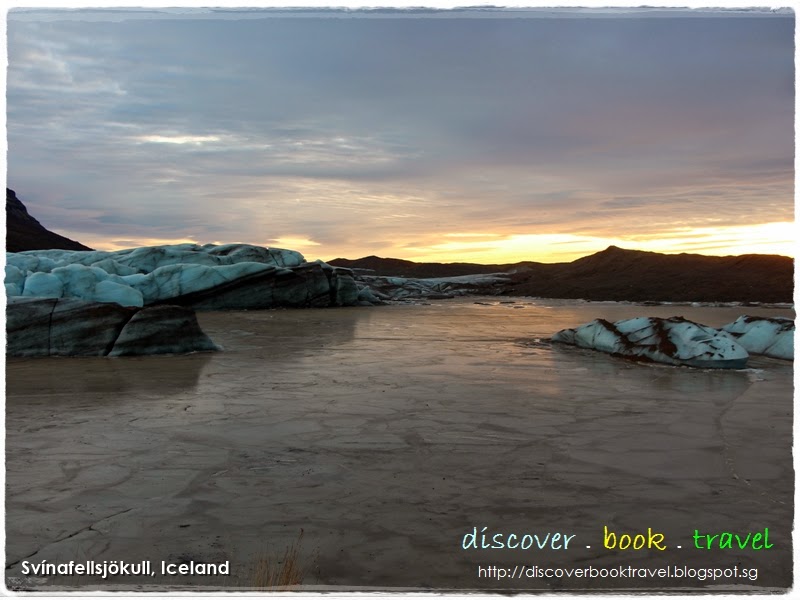 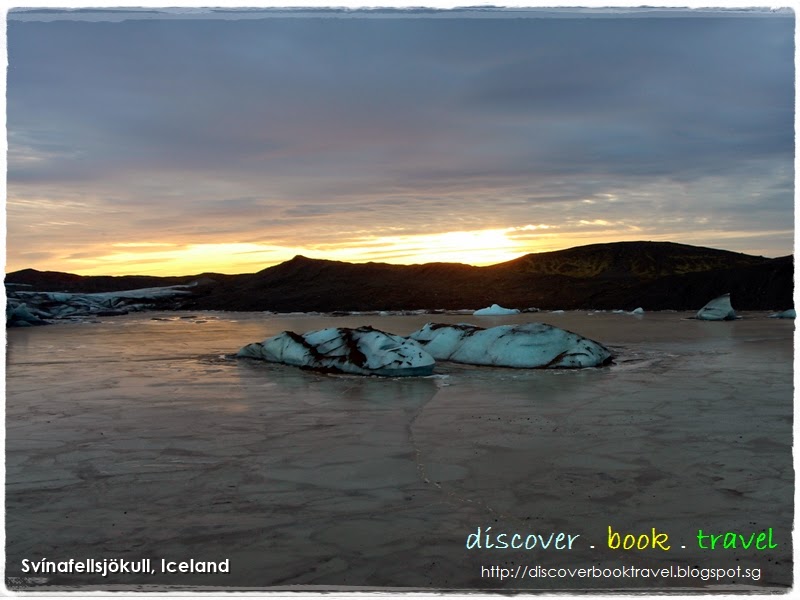 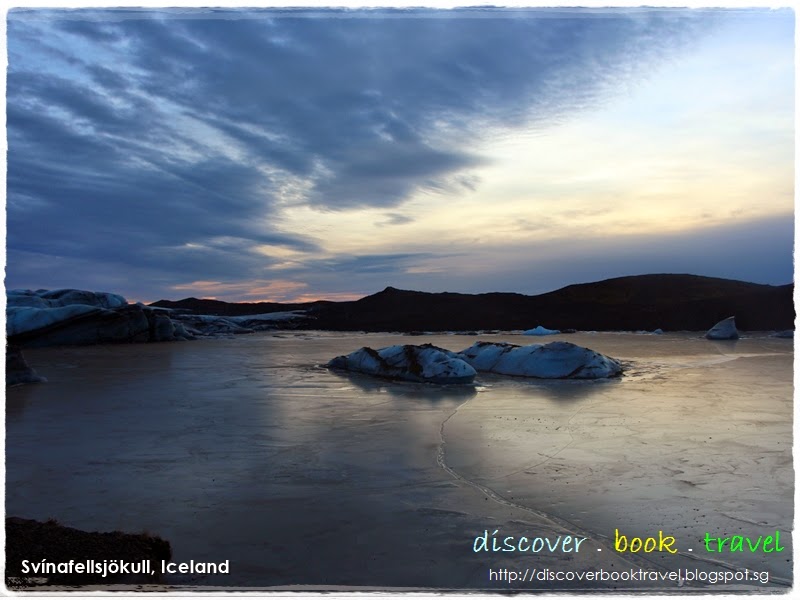 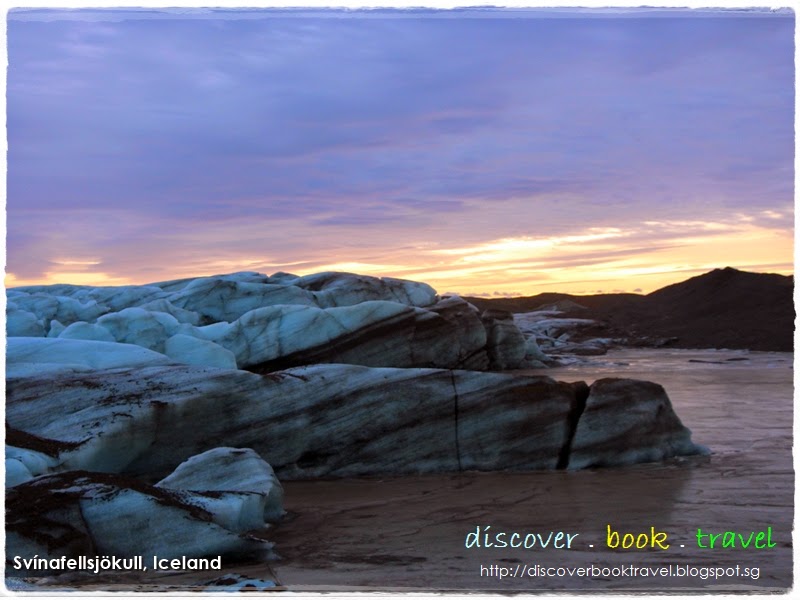 That was the closest we ever got to a glacier.  Much closer than at Mendahall Glacier in Alaska. 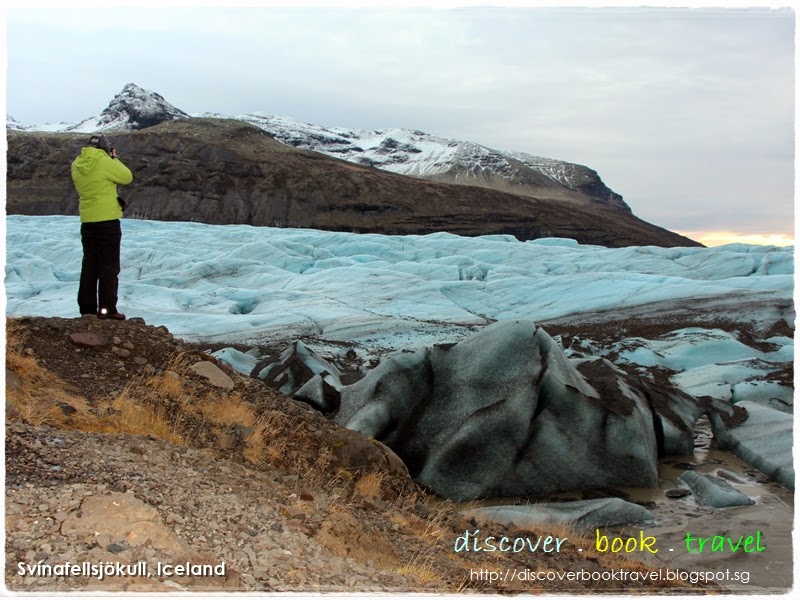 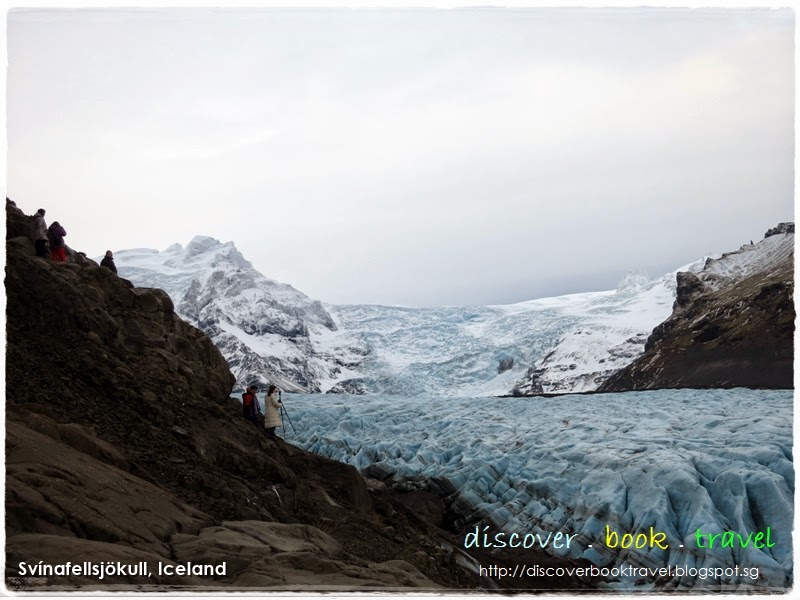 From the lagoon, a steep un-pathed trail leads up to a hill.  Covered by melting ice, this path is slippery and treacherous, and I hesitate to walk this path, even with promises of spectacular views of the glacier at the end of the road. 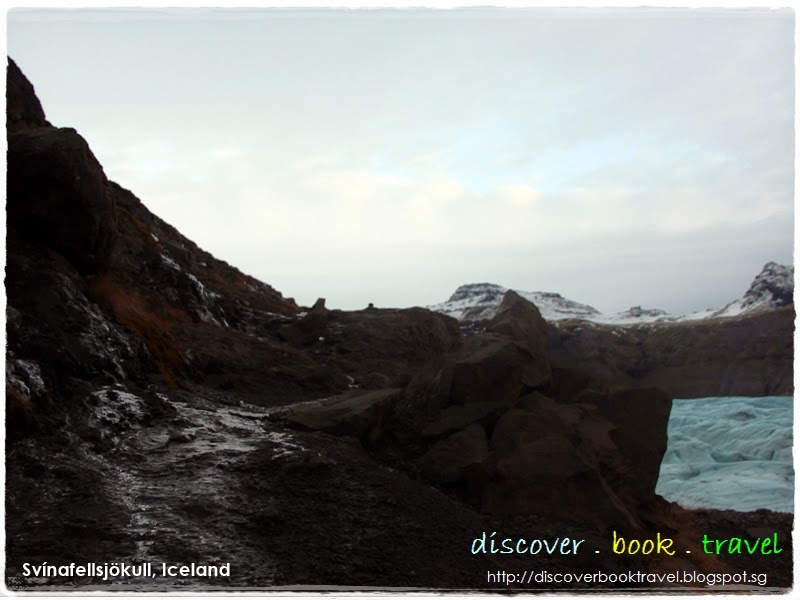 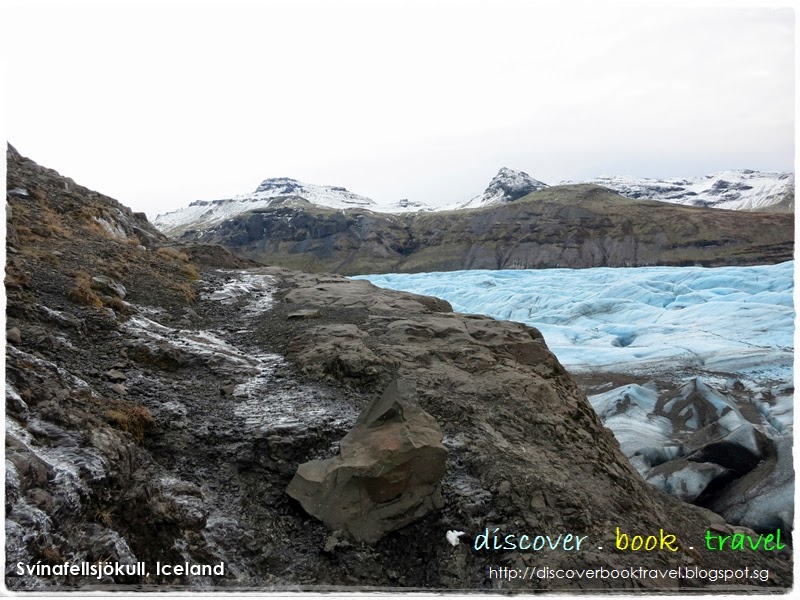 Most of my tour mates were much braver than me, many of them making it to the top of the hill for better views. 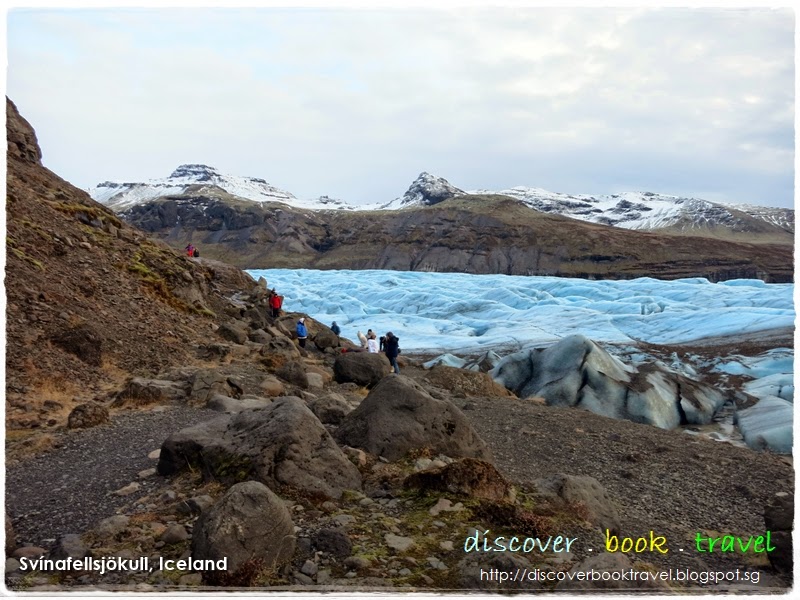 With most of the crowd making their way to the top, it was all the better  for me to enjoy the peace and quiet of the glacier lagoon, than to risk a broken arm if I fall off the trail. 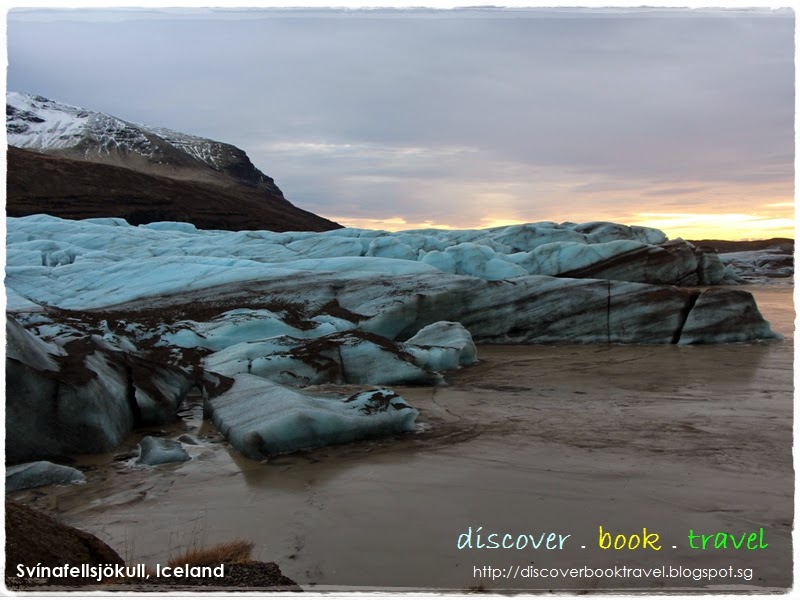 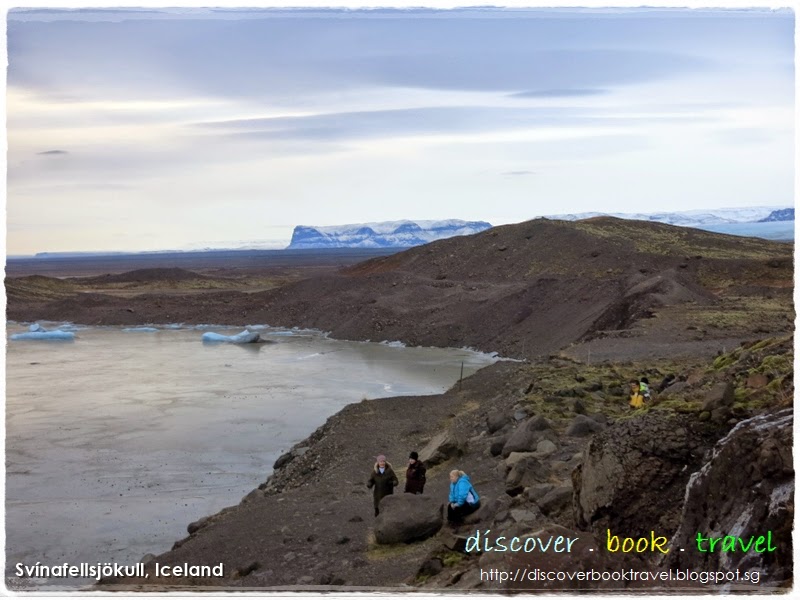 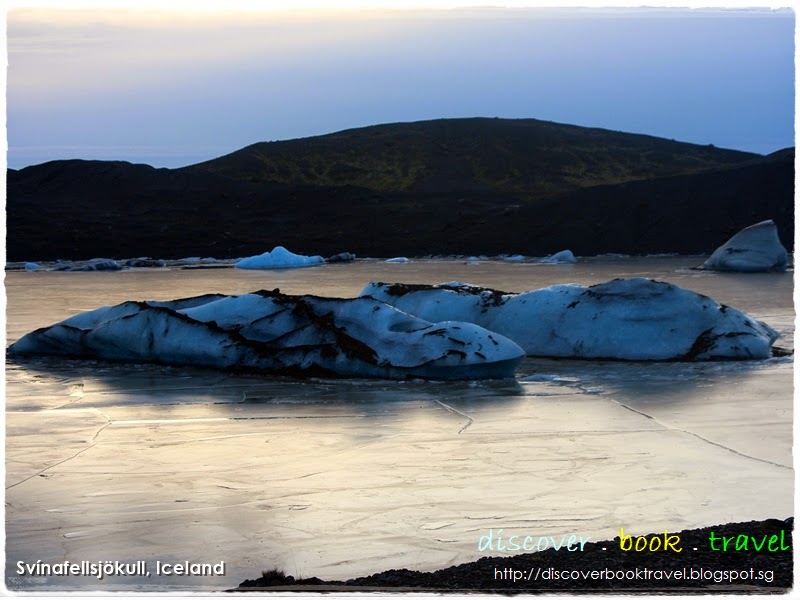 Join us next as we journey around Svínafellsjökull on our way back to the Fosshotel Skaftafell.