Systrafoss or the Sisters Waterfall was one of the last waterfalls we saw in Iceland.

Making a round trip back to Reykjavik after a short tour of the southern coast of Iceland, we made a short (and by that, we mean a really short 15 min) stop at Systrafoss for a photo opp. Well, that was the downside of travelling in a tour group. 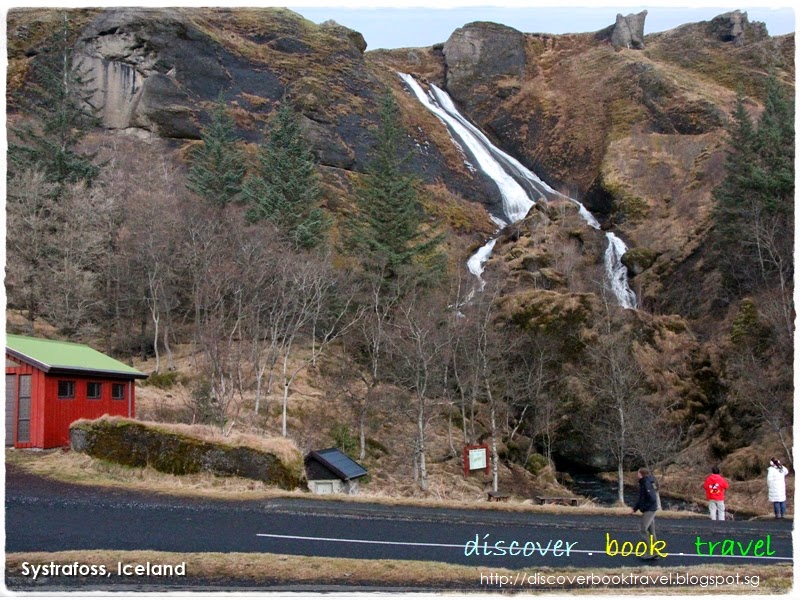 Fed by the lake Systravatn, the Sisters waterfall could sometimes dry up, depending on the conditions at the lake.  But as it had been raining  intermittently for the past few days, we saw a healthy flow of two parallel waterfalls when we arrived. 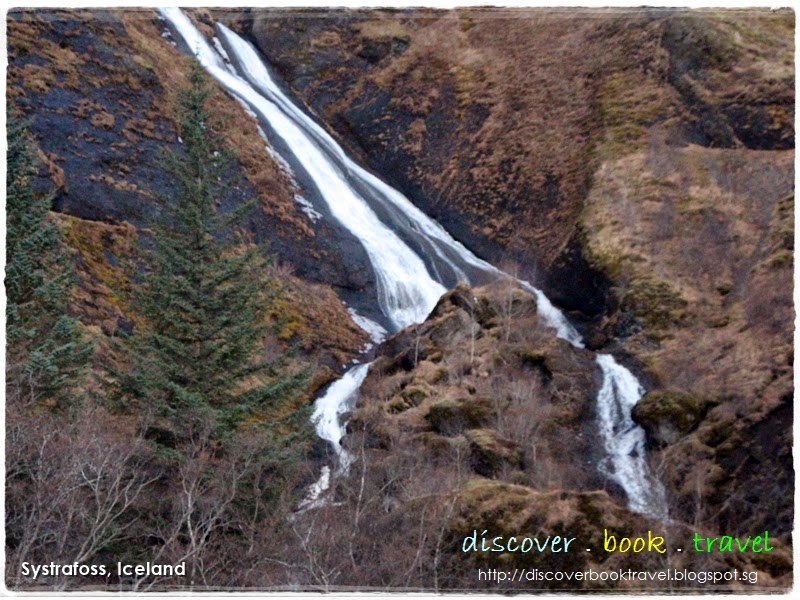 The Sisters waterfalls was said to have some religious background to it.  It was said that the waterfalls were named after two nuns who had caused disgrace to their church, and were burnt and buried together.  Some time after, one grave started growing flowers on it (indicating that she was innocent of the crime she was accused of), while the other remained barren (presumed guilty).

See that massive boulder at the bottom of the waterfall?  It fell in a massive thunderstorm in 1830 and has resided there since. 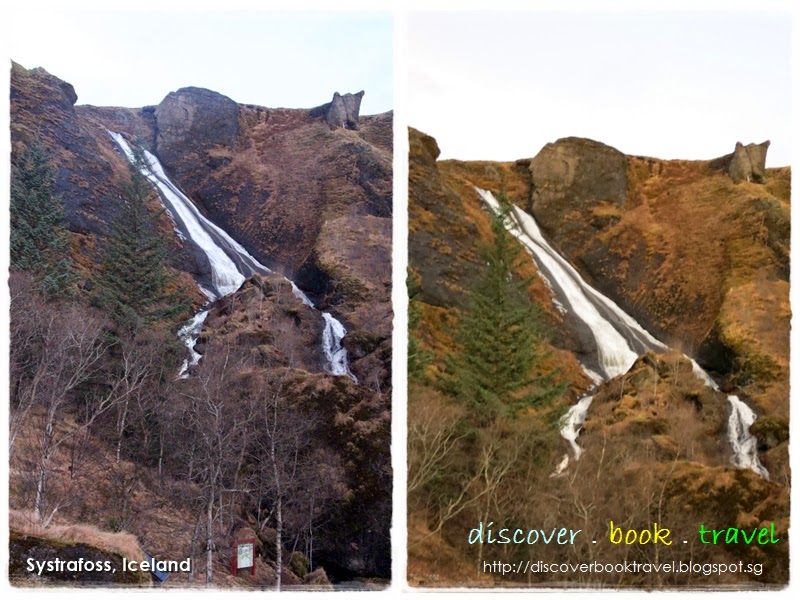 Honestly, there’s nothing much we could do when we were given only 15 minutes.  We only had time to snap a few pictures around the area.  But if you have more time in your hands, it is said that there are hiking trails around the waterfall that can lead to the lake and the mountain top.

Even random shots in Iceland can be pretty.  This one was taken opposite Systrafoss when the sun was just rising. 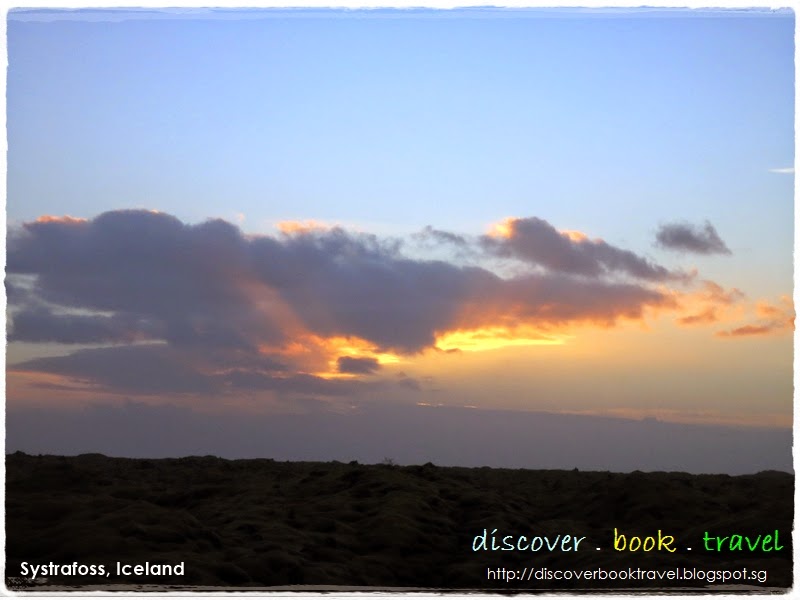 We love this photo that we took of the tress too. What do you think? 🙂 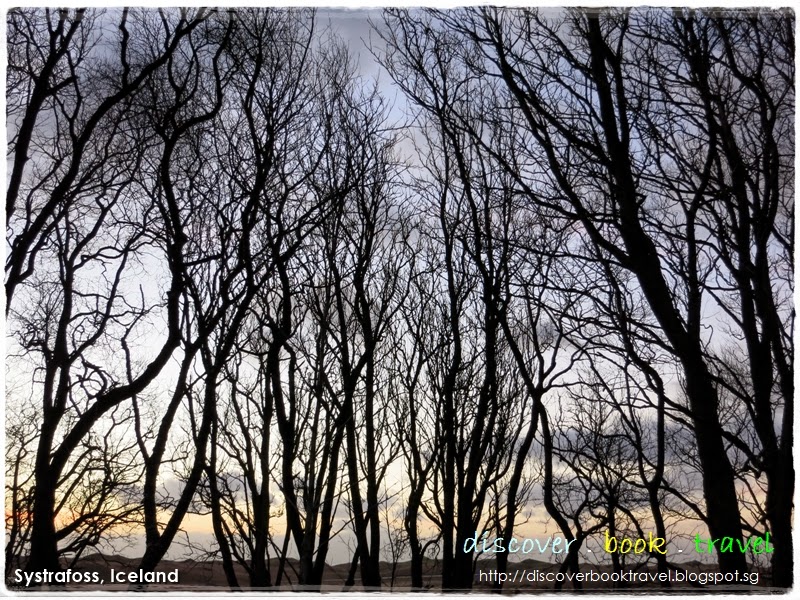 Join us as we continue to journey across Iceland in our quest for the Northern Lights.