“So beautiful you will never want to leave”.  That was the description of Vik we found in our tour brochure.  I remember being unimpressed by that statement.  After all, Tommy and I had been to so many beaches around the world and nothing counts as being un-leavable.  But the fact that it is called a ‘black’ beach does have its attraction.  How many of us can claim to have stepped on a black sandy beach?  Tommy and I had certainly never had! 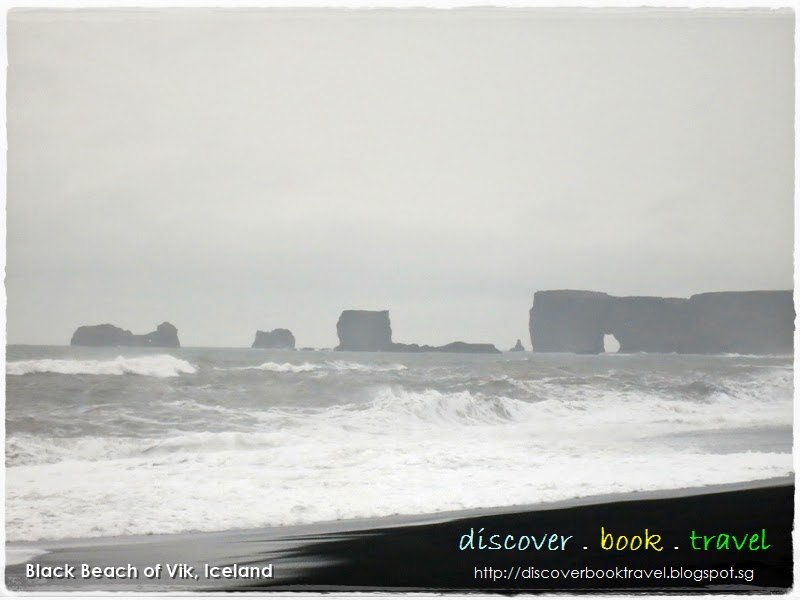 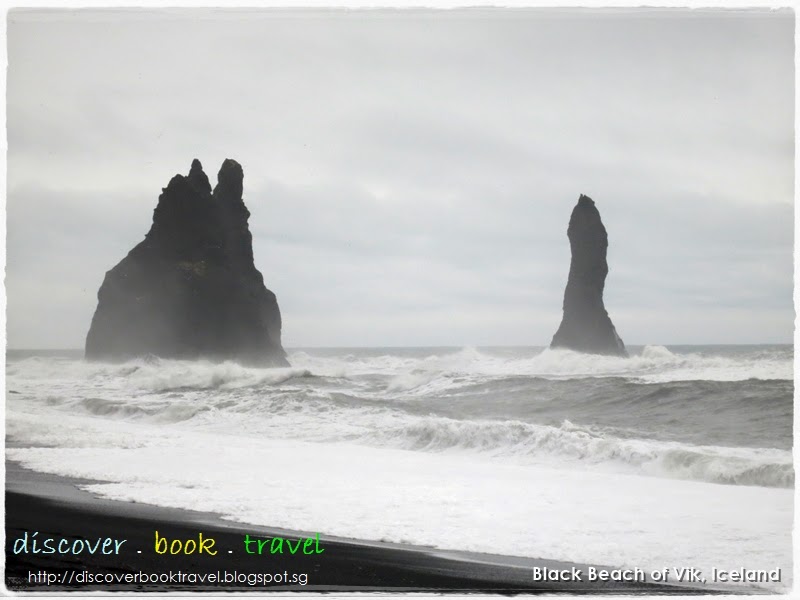 As we approach the Black Beach of Vik, we pass through a beautiful cliff and come to a landscape of large black boulders, big enough for us to sit on! It is said that during the summer time, the western cliffs of the beach is home to a large population of puffins. 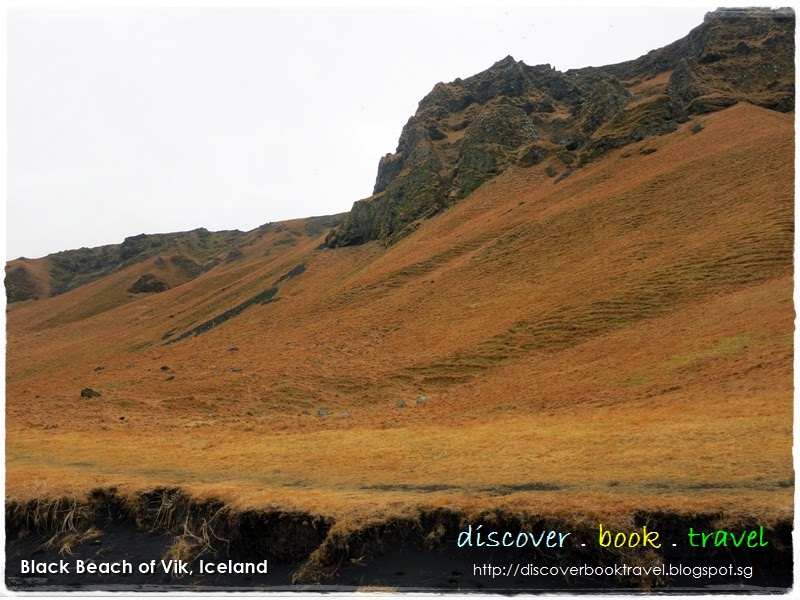 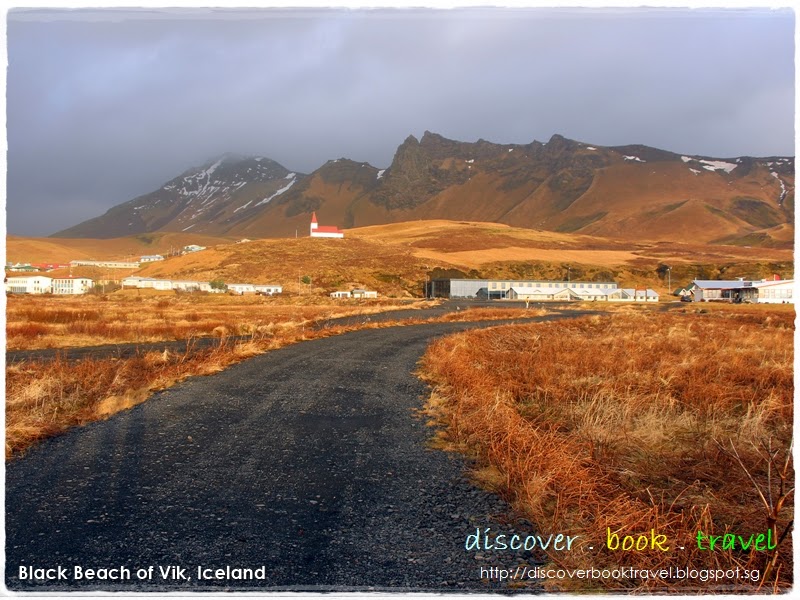 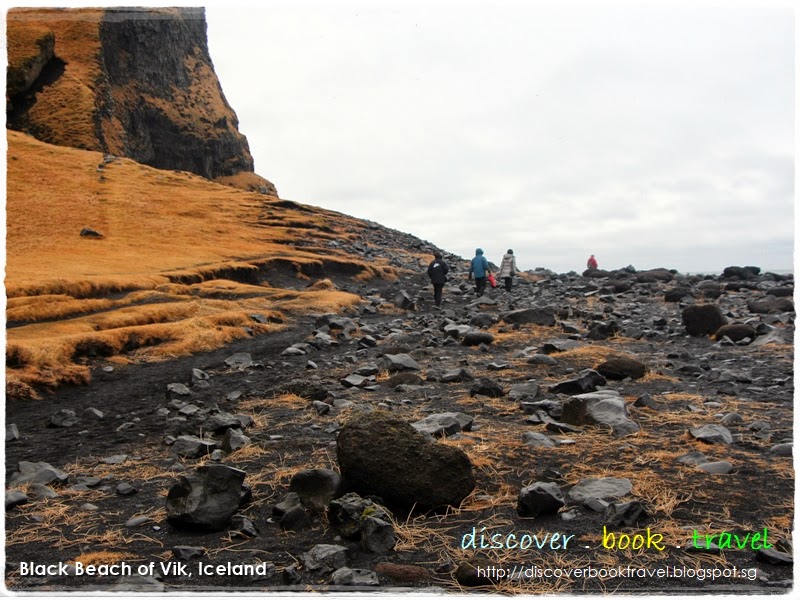 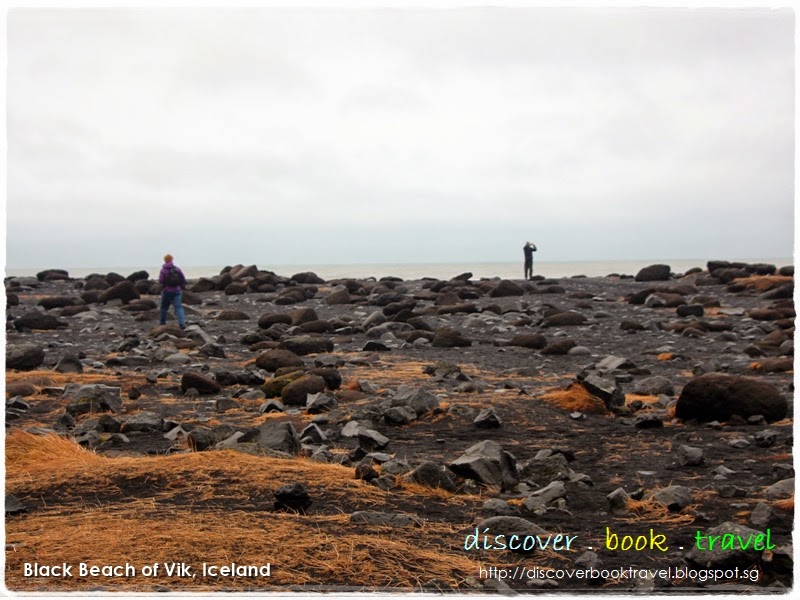 And then the sea beckons.  The beach of Vik is made up of black basalt sand, originating from basalt lava that covers most of the area. 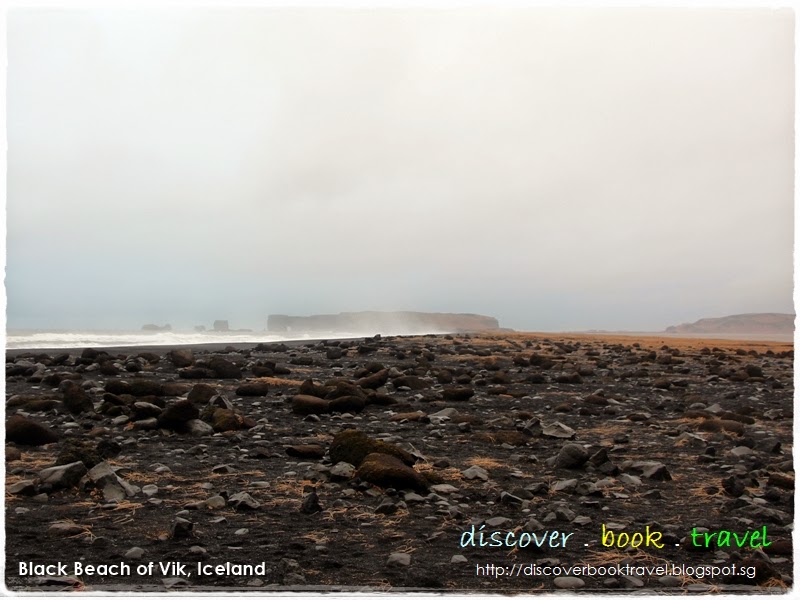 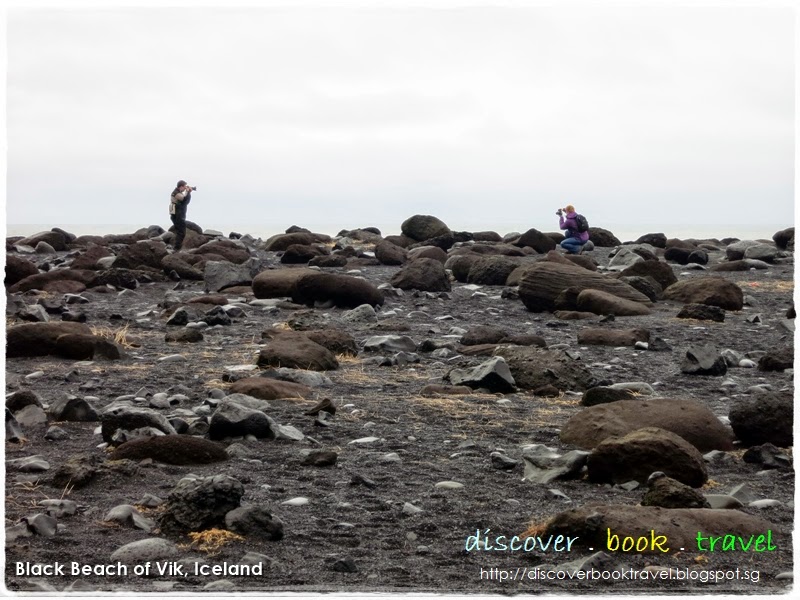 Ever stood in black sand before?  It’s our first time too! 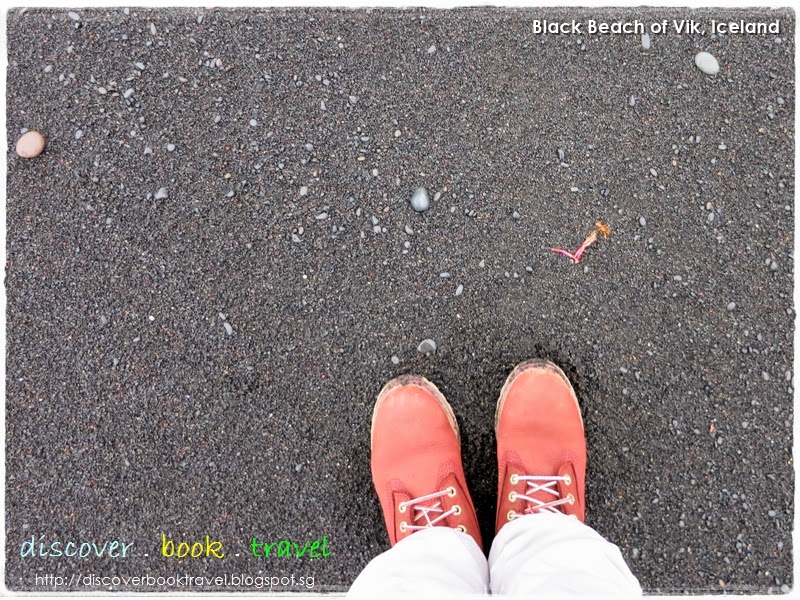 Most Beautiful Beach in the World?

It is only while I am writing this article that I found that the black beach of Vik is considered by many as one of the most beautiful beaches in the world.  And very rightfully so! 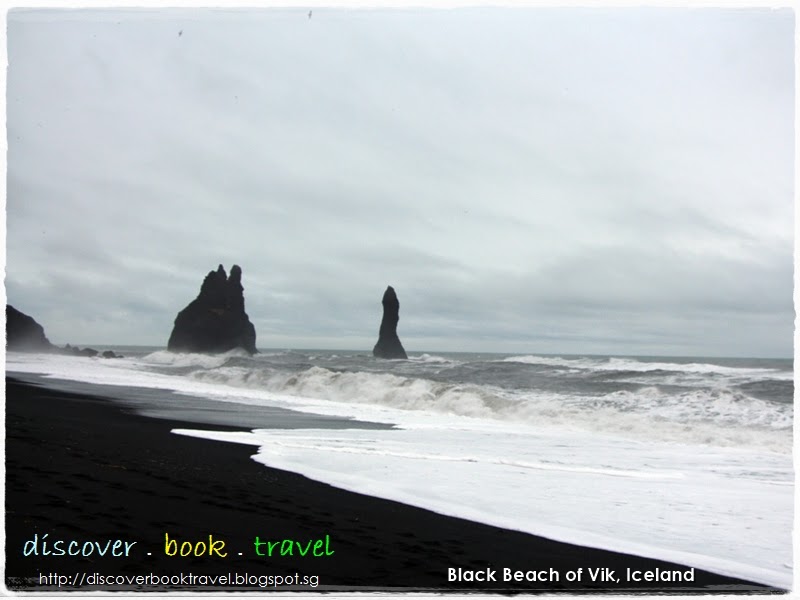 Despite my earlier skepticism, we have come to realise that the black beach of Vik is indeed incredibly beautiful.  But it is not beautiful in the cool, ethereal and heavenly way of Jokulsarlon or the Blue Lagoon. Nor is it beautiful in the way that a tropical blue beach is.

Or the most treacherous?

If you look closely at the world map, you would see that there is no land mass between Vik (sitting on the southern coast of Iceland) and Antartica.  Facing the open Atlantic Ocean with no land mass to soften the blows of nature, Vik is therefore most prone to intense weather and rough seas. To testify to that fact, the village of Vik is considered to be one of the wettest places on earth!! 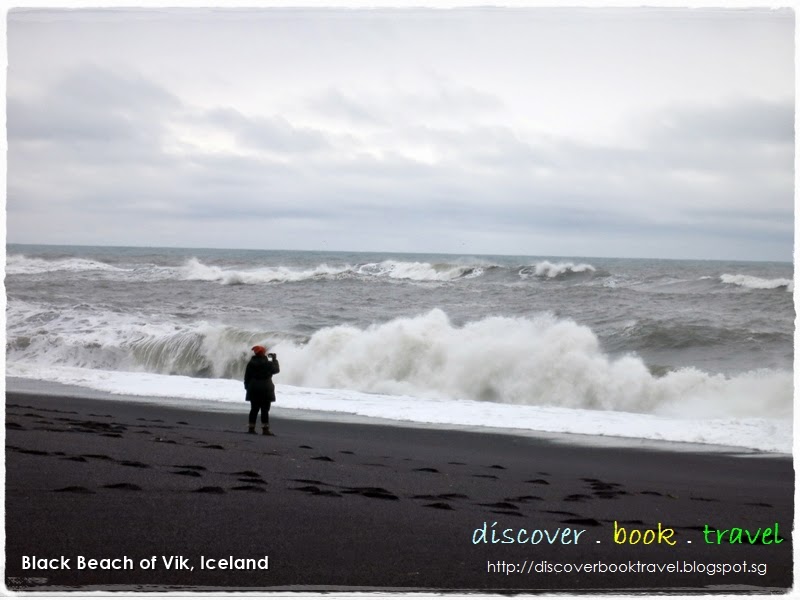 We have never seen waves reaching this height before as it crashes down on the beach. Nor have we ever been so afraid of standing close to the waters, for fear of being swept off our feet into the turbulent sea.  In fact, before we departed from the coach, one of the last words of advice that our guide had for us was not to stand too near to the waters, for they sweep in so suddenly rapidly, you won’t have time to dodge! 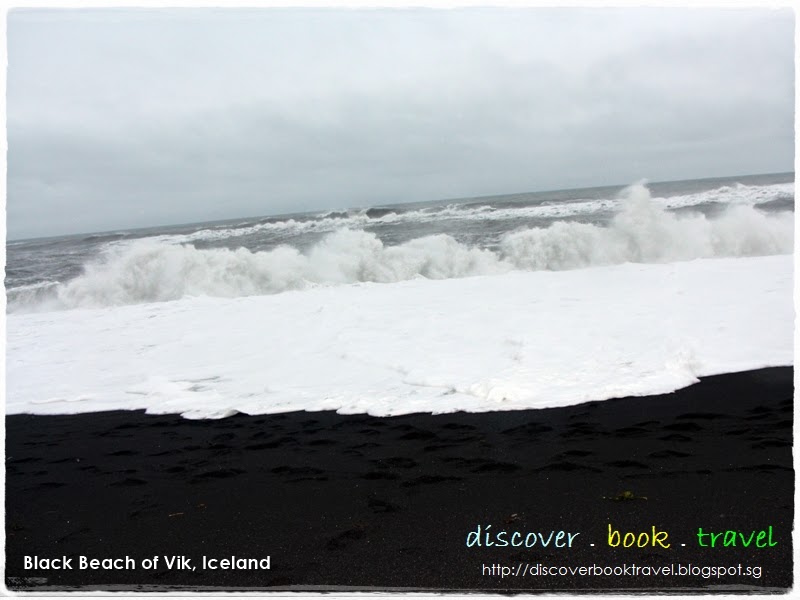 The forces of nature are always so amazing and is the best sculptor on earth. 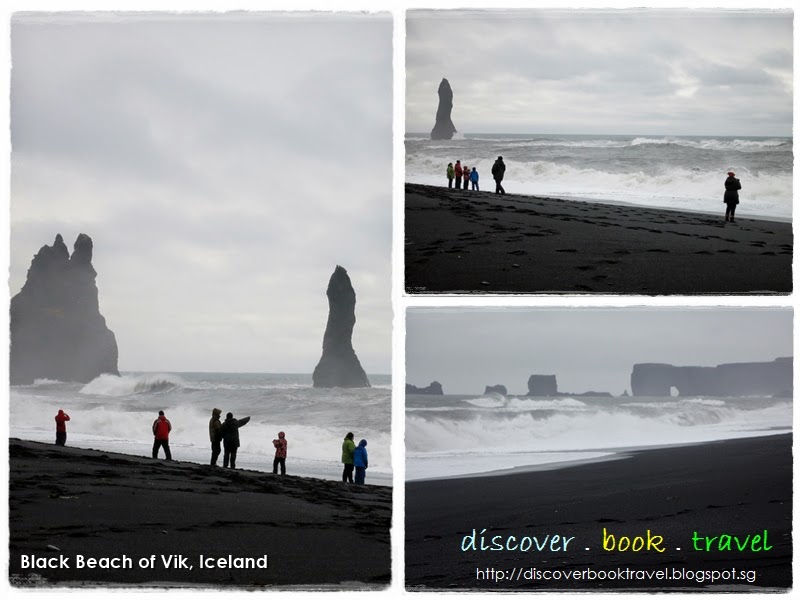 A short drive away, the Reynisdranger rock formations are visible. A widely circulated legend on these stone structures is that they were formed when trolls tried to drag three ships ashore. 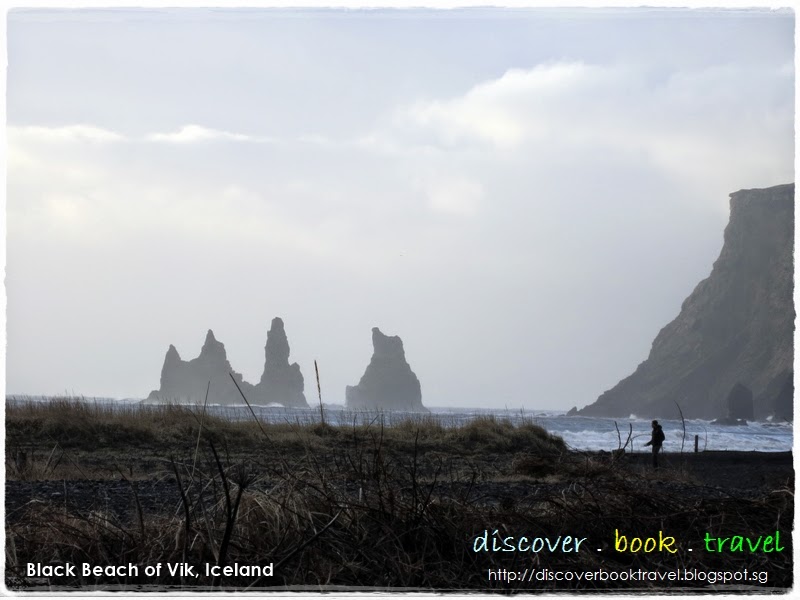 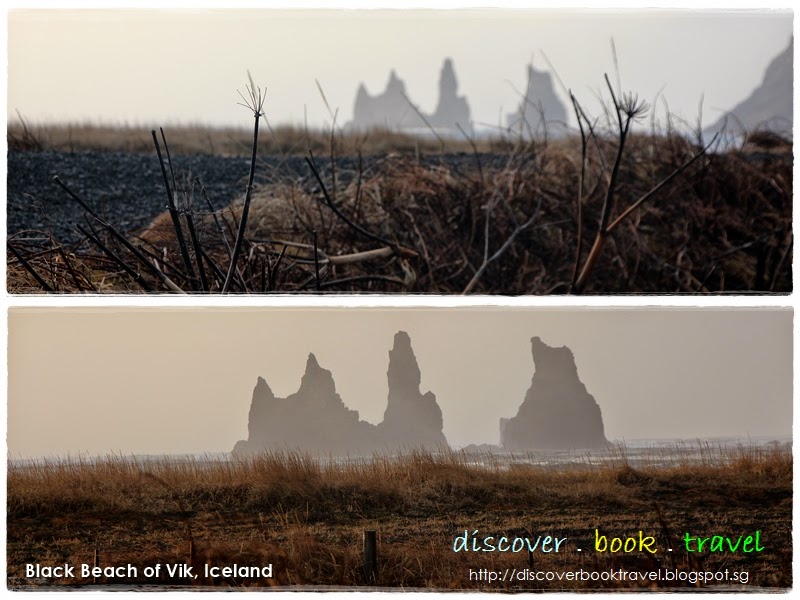 Basalt columns are known to occur in great frequency in Iceland, due to it’s volcanic activities.  We were first acquainted with basalt columns during our cruise along the Snæfellsnes Peninsula. But unlike those that we saw at sea, this one occurred on land just next to the beach, meaning that we can get up close and personal with it! Climb it if we wish. 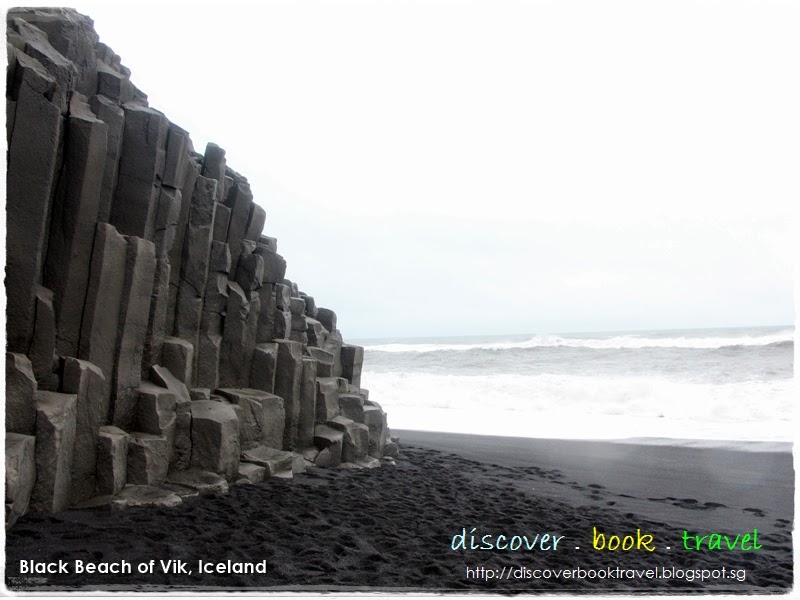 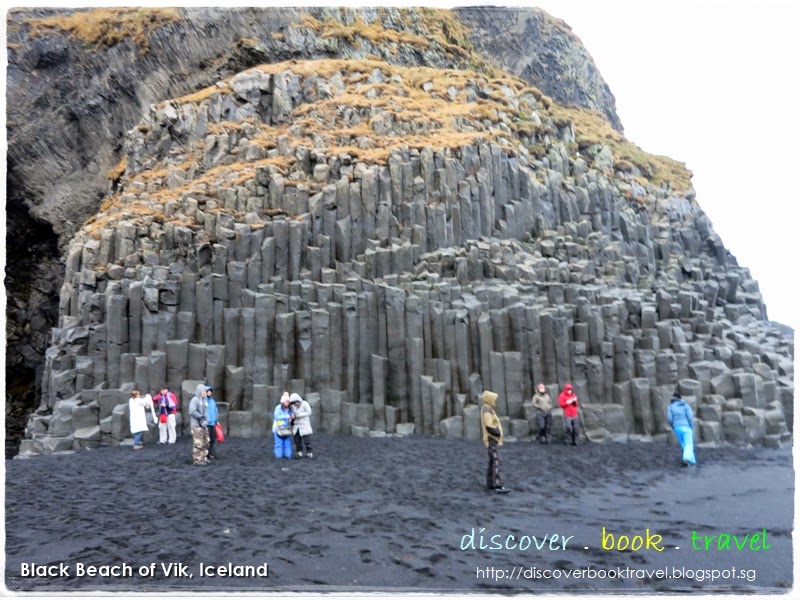 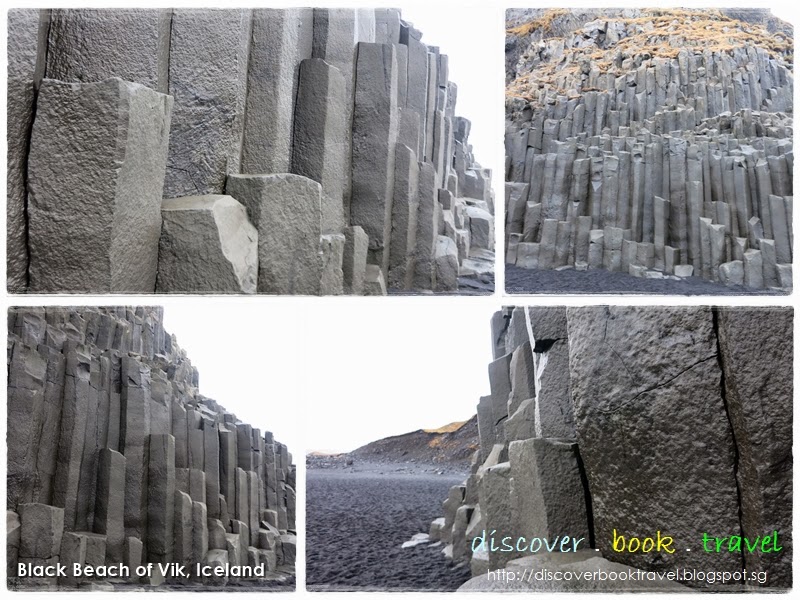 Lying just next to the basalt columns is a small cave with beautiful stone structures. 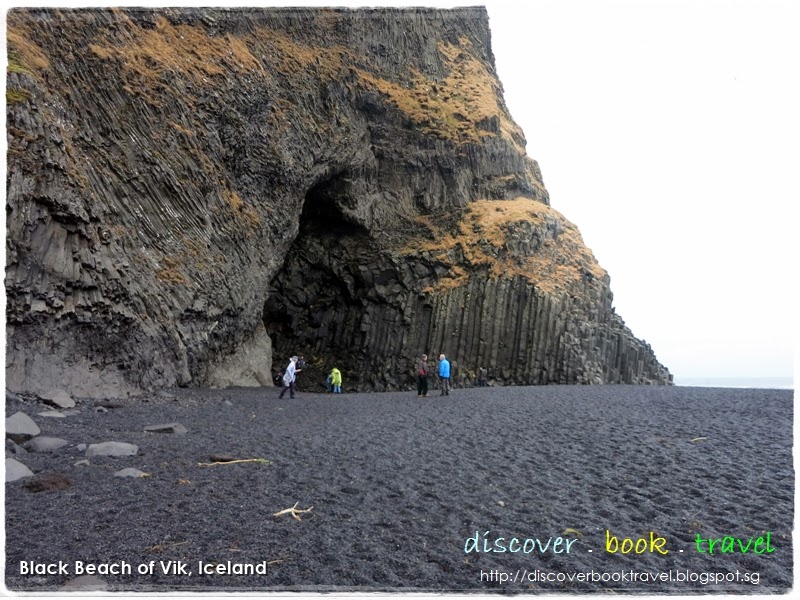 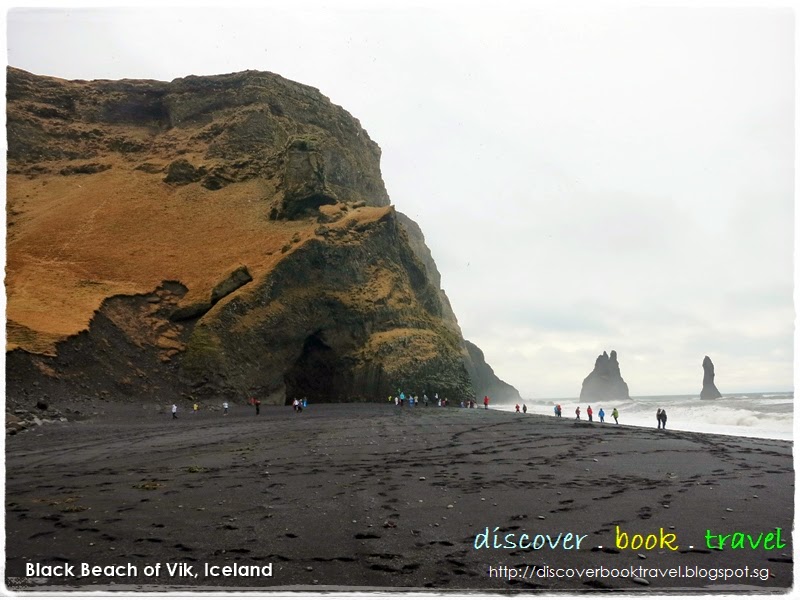 The cave and the basalt columns are not accessible during high tide.  In fact, it was a nervous moment for us as the tide was pushing and we had to be careful to leave the cave before we get stranded or get pulled into the treacherous sea. 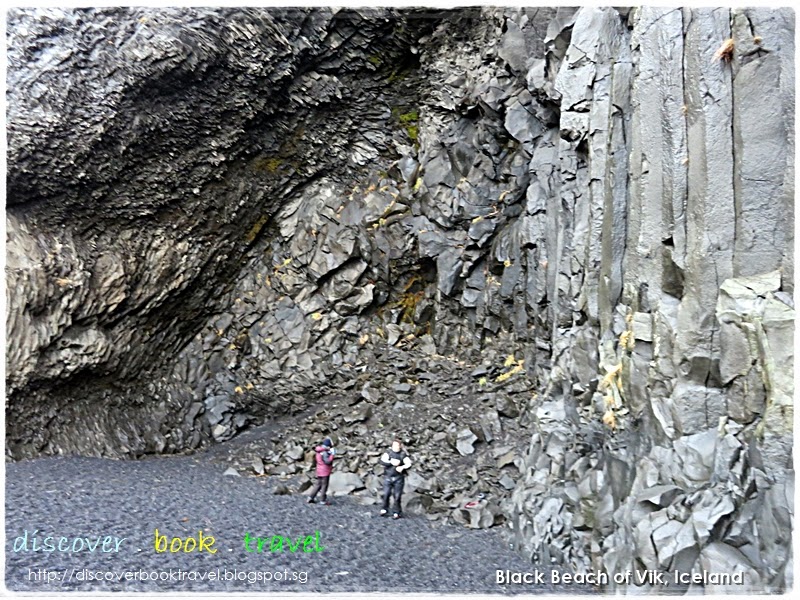 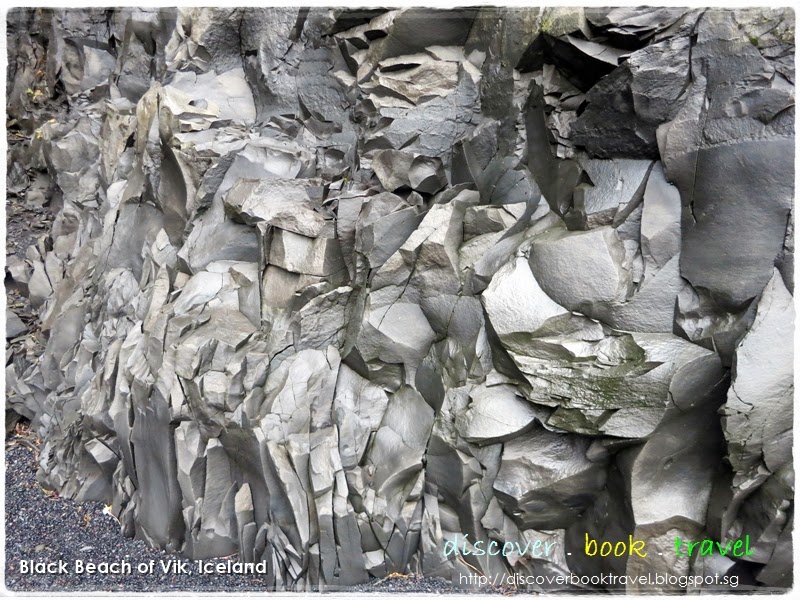 Bring a few of those black pebbles home as a souvenir.  The gift shops sells the same things but at a hefty price tag. 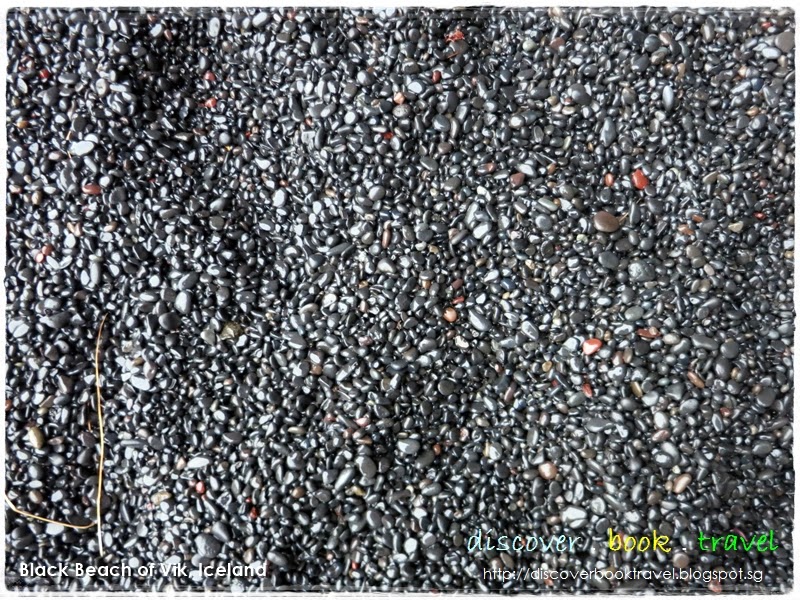 So beautiful you will never want to leave

And so, it was with great reluctance that we had to leave the Black Beach of Vik.  The tour description was right.  It was so beautiful, we never wanted to leave.

Join us next as we continue to travel across Iceland.