It was at Þingvellir National Park that we had our first taste of the erratic weather in Iceland.

Rain, hail, snow, bright sunshine and gusts of winds strong enough to threaten to blow us off our feet – we got that all in the space of a day while visiting the Þingvellir National Park in south-western Iceland. 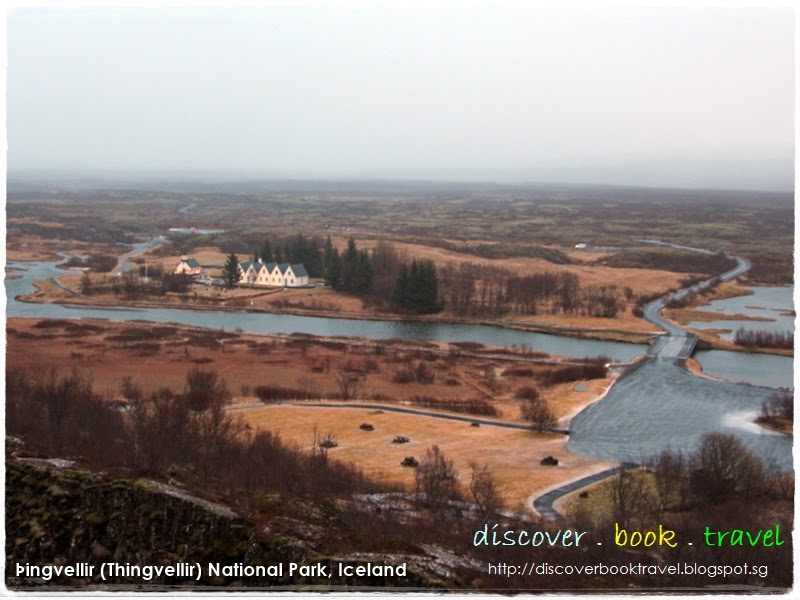 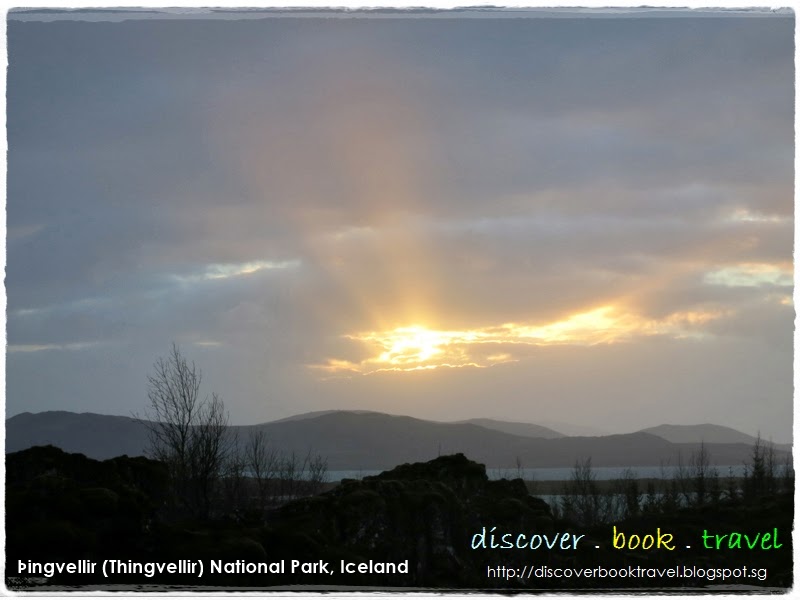 Þingvellir National Park is one of the three gems that forms the renowned Golden Circle Tour in Reykjavik Iceland, the other two of which are Gulfoss and the geysers of Haukadalur. 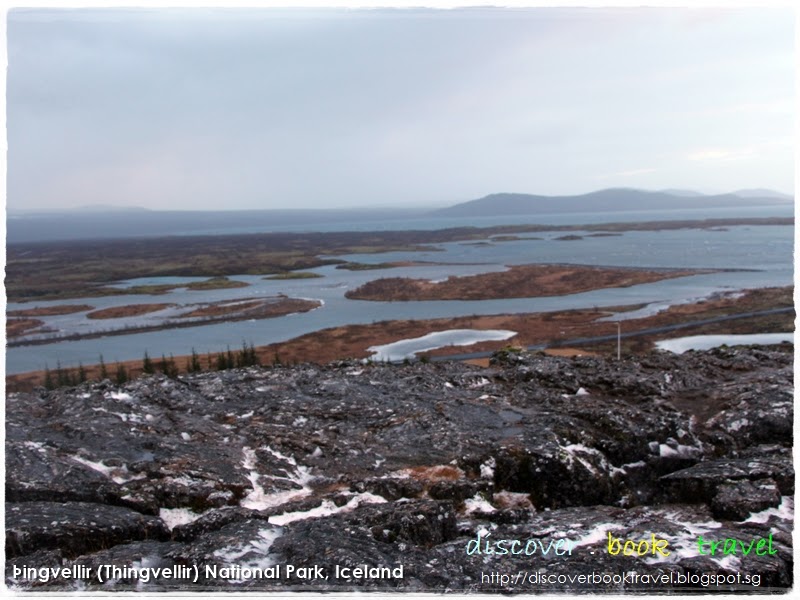 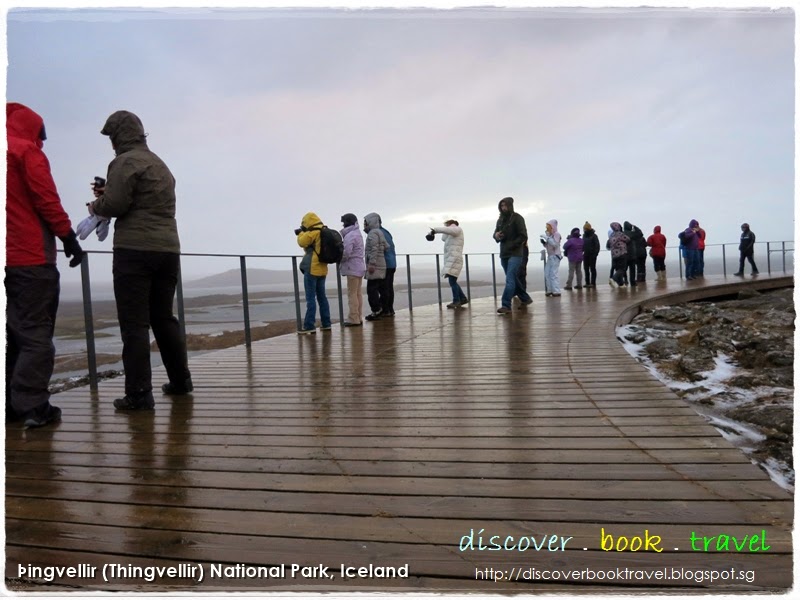 A Geological wonder that is Þingvellir National Park

Þingvellir National Park has a dramatic landscape formed as a result of sitting at the junction between the American and Eurasian tectonic plates.  According to geologists, these plates are constantly pulling apart at the rate of a few centimetres per year! 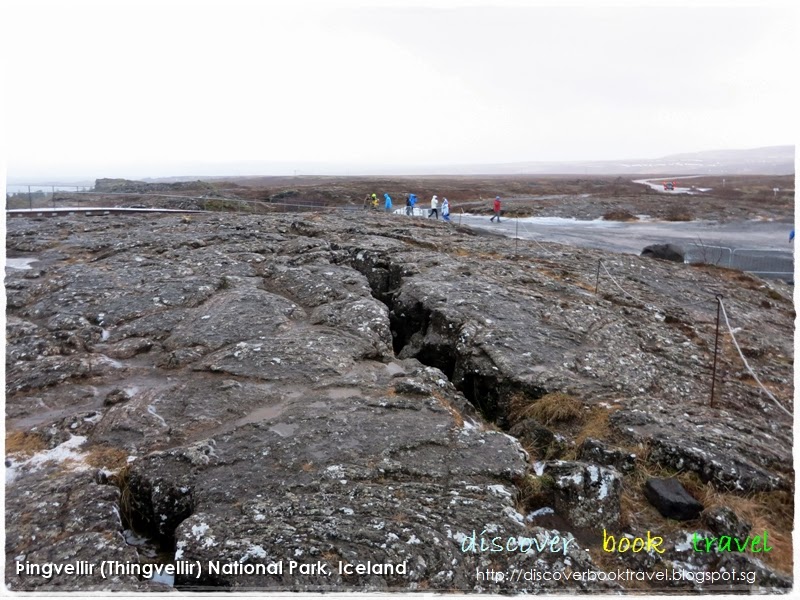 Descending into the rift valley to have a better look at the Mid-Atlantic ridge formed by tectonic plate movements.  Apparently, the American tectonic plate is on the left and the Eurasian plate on the right. Yes, I’ve learnt a lot about tectonic plates during geography classes, but it is still hard to imagine that I am walking on a rift in between two plates! 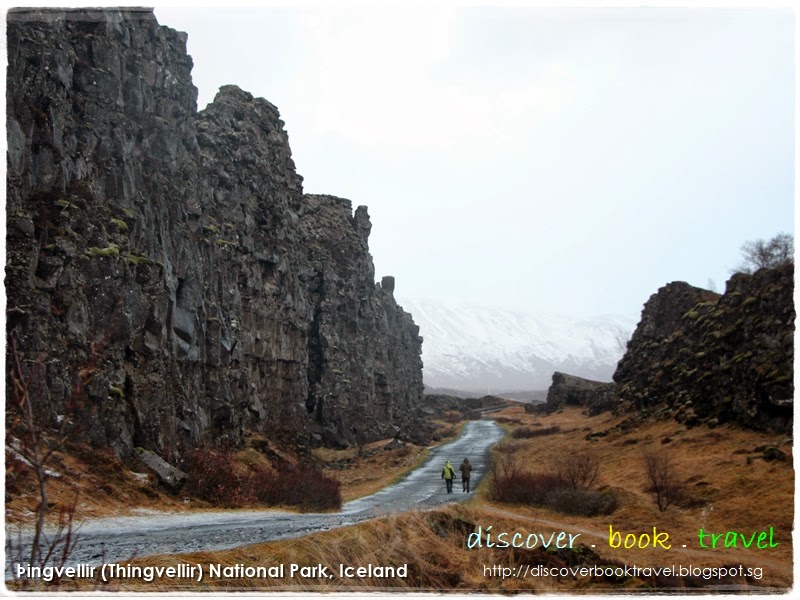 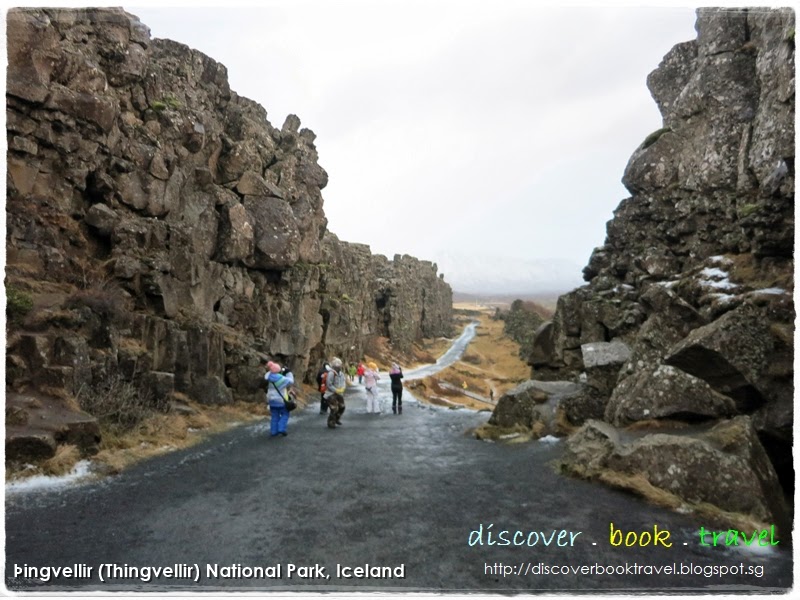 This is another angle of the Mid-Atlantic ridge.  This time, the Eurasian plate is on the left and the American plate on the right. 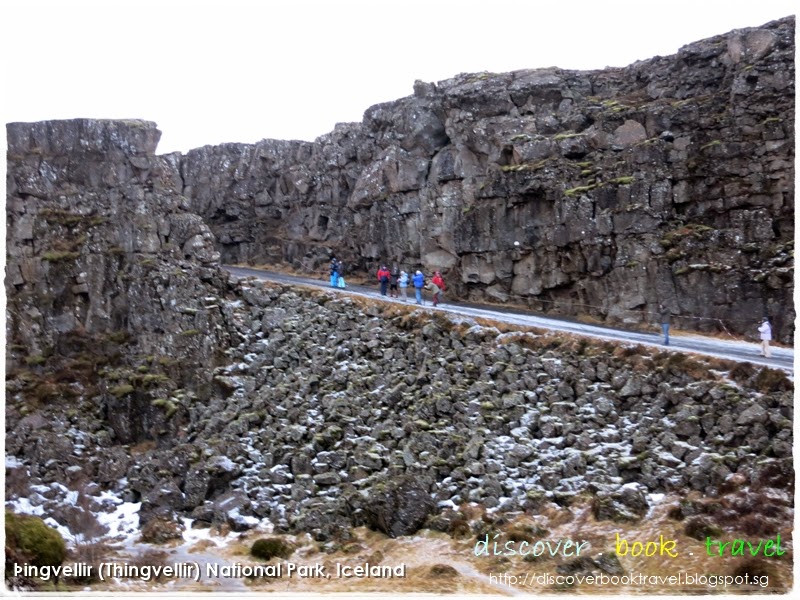 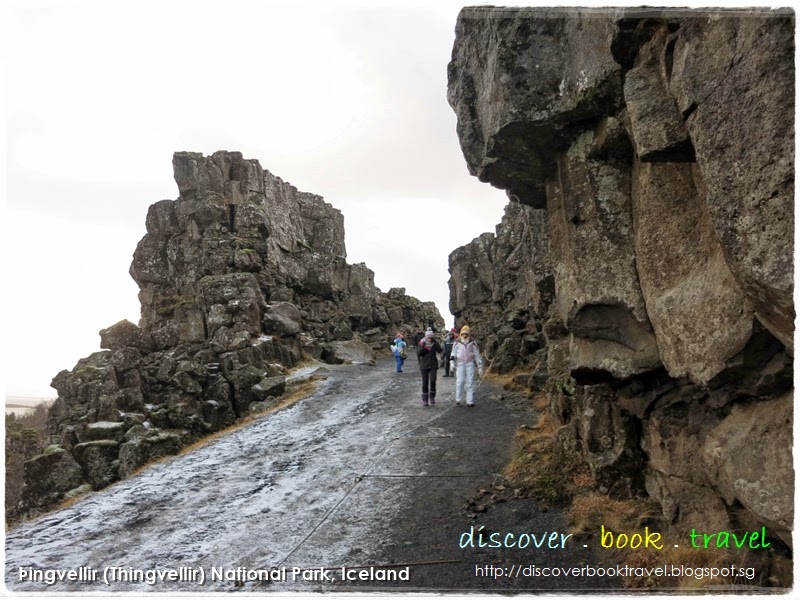 Þingvellir lake is the largest natural lake in Iceland and can be seen from the viewing platform of Þingvellir National Park.  The total catchment area of this lake is 1,300 sqm, and that’s about twice the size of Singapore! 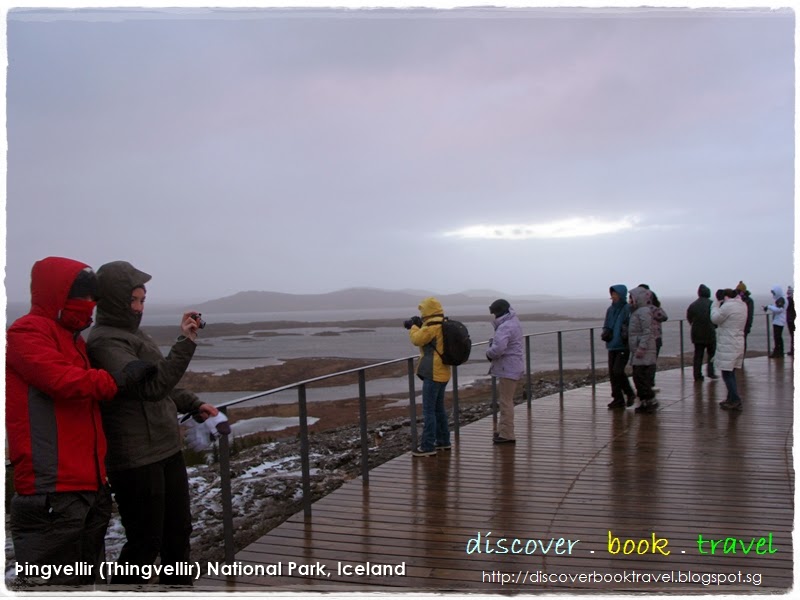 A Region rich in History and Culture

A UNESCO World Heritage site, Þingvellir National Park is not just a geological wonder.  It is also the home of the world’s longest running Parliament, first convened in 930AD and remained there until 1798.  It is one of Iceland’s most important historical sites, fundamental to the history of Iceland and Icelandic nation.  It is at this place that some of the most major decisions affecting the nation were made – such as the adoption of Christianity around 1000AD, and the founding of the modern Icelandic Republic in 1944. 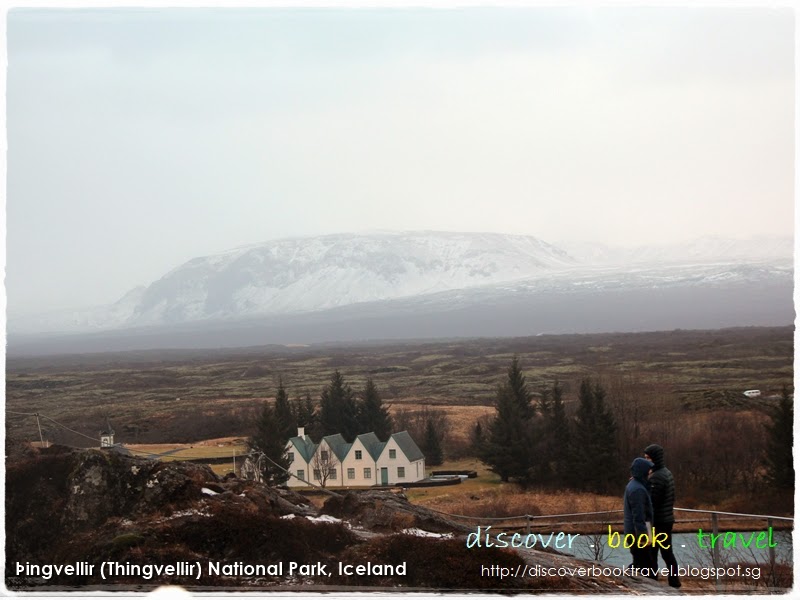 Directions for getting to Þingvellir National Park

Join us in our next post as we travel to the next two gems of the Golden Circle Tour – The Geysers of Haukadalur and Gulfoss.